Friends who graduated high school with Heidi say she feared Epps, even after their divorce years ago. 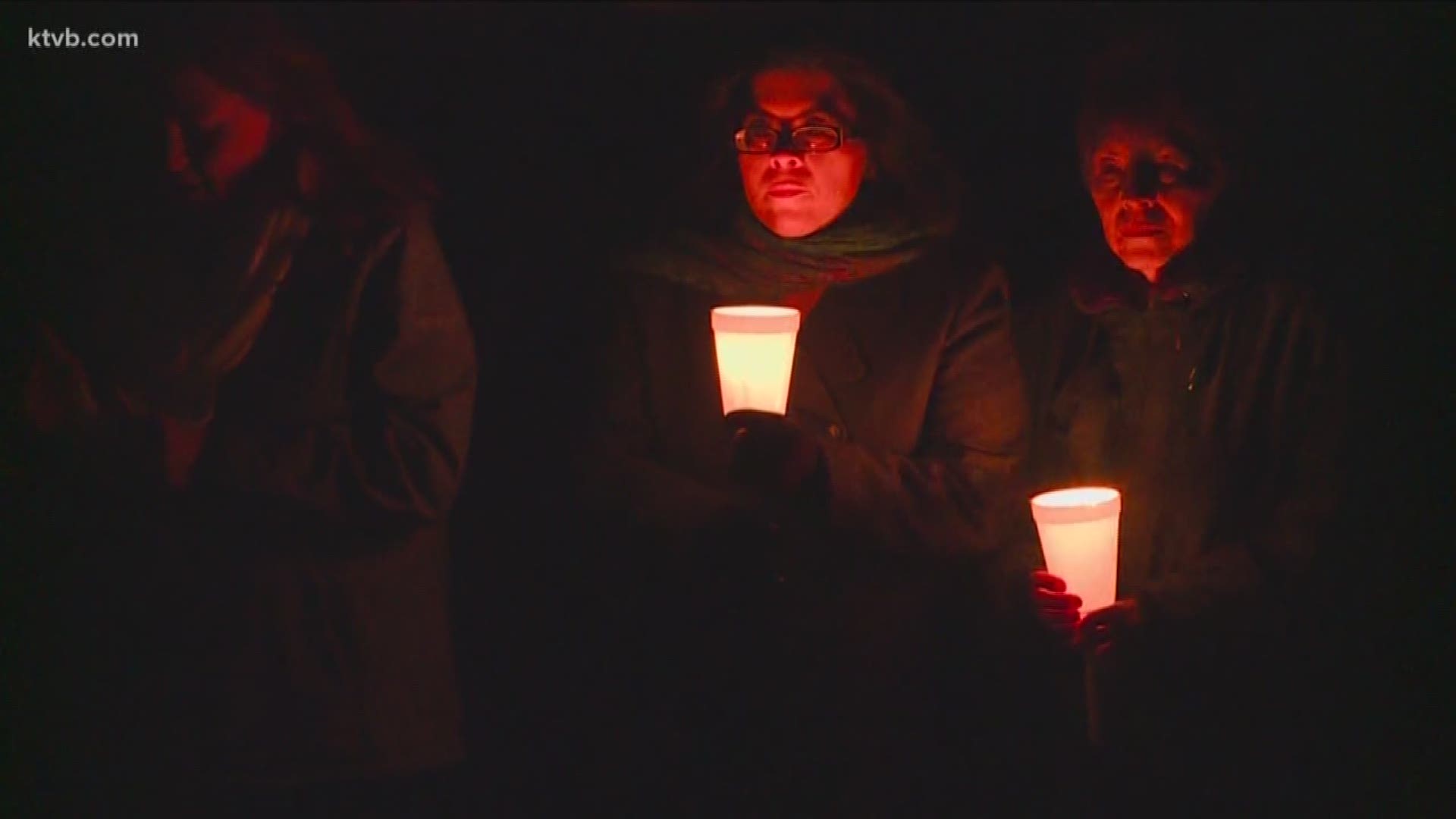 MERIDIAN, Idaho — Friends and family gathered to grieve the victims of Sunday’s murder-suicide in Meridian. Heidi and Joe DeLeon touched hundreds of lives before police say they were killed by Heidi's ex-husband, Edward Epps.

Those who loved them are leaning on one another in this time of deep loss.

Police say Heidi’s ex-husband Edward Epps shot and killed her and her husband, Joe, before turning the gun on himself -- with their children in the house.

The DeLeon’s behind four daughters in their blended family.

Friends who graduated high school with Heidi say she feared Epps, even after their divorce years ago.

“It's just not fair, you know,” said Brooke Schiller-Atkinson. “We're still in shock, you know, Heidi has been in fear for her life for so long and asking for help for so long and it's really frustrating that we feel the system failed her.”

“Tonight, we're here to celebrate the lives of Heidi and Joe DeLeon. We want to embrace them with our love and prayers and their extended families as well as those four girls. They're weighing heavy on a lot of our hearts,” Schiller-Atkinson said.

The women who organized the vigil are banding together to try to propose legislation that would create a tracking system on people served with protection orders.