Dozens of people who live at Blue Valley Mobile Home Park and advocates showed up for Wednesday night's Design Review Committee hearing to voice their opposition to the 77,000-square-foot trucking terminal proposed by R+L Carriers. 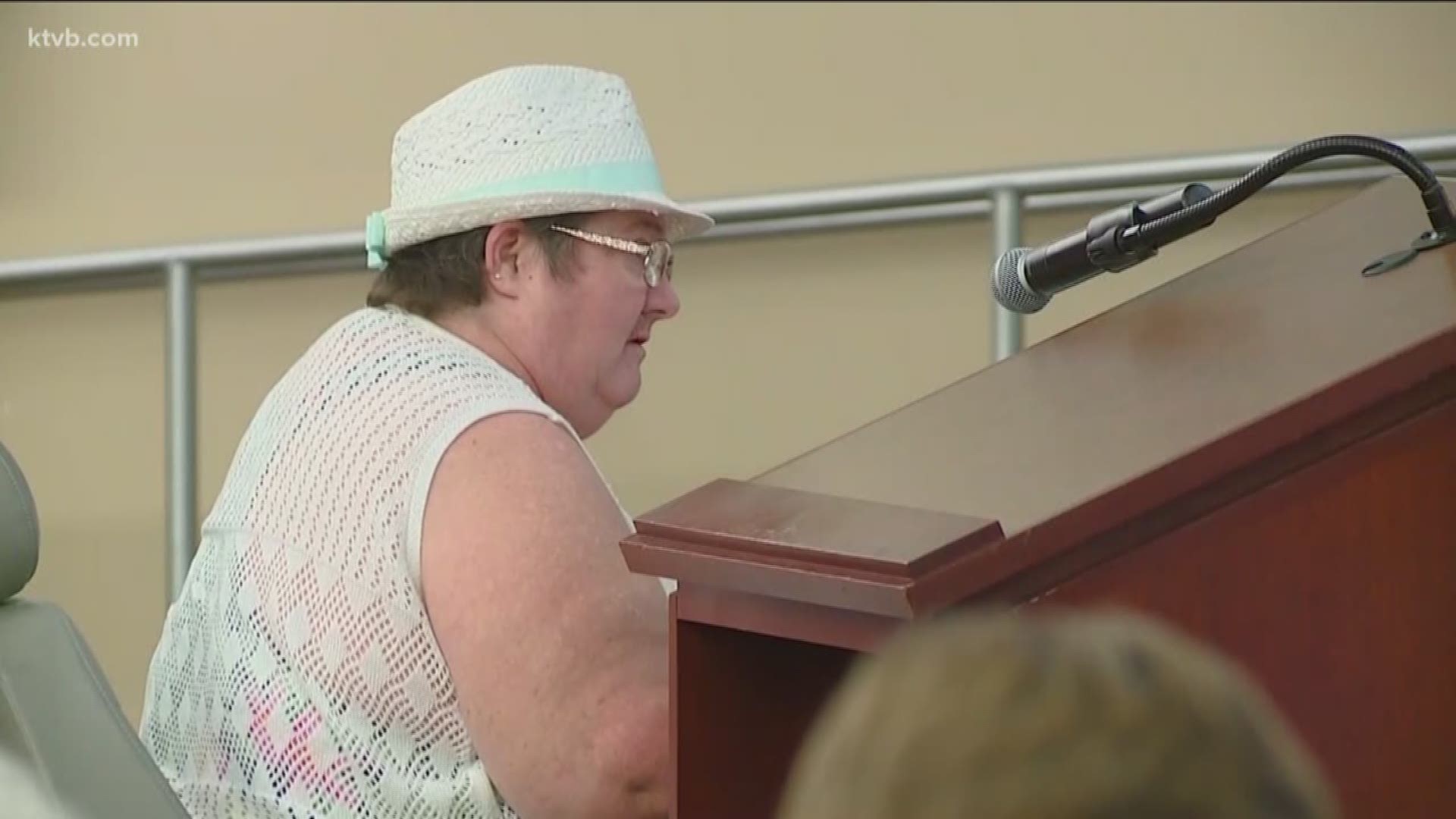 BOISE — UPDATE: All except one committee member moved to approve the proposal with conditions of approval - requiring the developer to build a berm with a higher wall as a noise barrier surrounding the area that abuts the neighborhood.

A fight to protect people who live in a mobile home park in Southeast Boise took to City Hall Wednesday night - and got heated at times.

The City of Boise Design Review Committee heard a proposal for a 77,000-square-foot trucking terminal off Eisenman Road - on the west side of Eisenman Road, less than a mile south of Gowen Road. The area is zoned light industrial, but a 50-year-old mobile home park is nestled in there; right next door is the vacant property where the trucking terminal is proposed.

Dozens of people who live at Blue Valley Mobile Home Park and advocates showed up for the hearing Wednesday nigh to voice their opposition to the trucking terminal.

Built in the early 1970's, Blue Valley Mobile Home Park has about 200 manufactured homes. Industrial development has sprung up all around it, making it the only residential spot in that part of town. Now, the 13 acres next to it could become a trucking terminal, office, maintenance building and fuel station proposed by R+L Carriers.

Neighbors are upset and feel the city and developer aren't taking them into consideration. Their concerns range from light and noise pollution, to safety of children in the neighborhood, to hazardous diesel fume, and traffic on a narrow road.

"The diesel fueling station is really one of the pressing points because the fact they said it's a convenience, and here we are - we're exposed to all these detrimental circumstances. People being displaced is a very important factor right now," one Blue Valley resident Bonnie Hardey told KTVB.

The mobile home park and properties around it were annexed into the city of Boise in 2013. When it was a part of the county it was zoned industrial, so the city gave it comparable zoning. The neighborhood also falls into the airport's noise impact zone, and city spokesman Mike Journee says FAA rules don't allow residential zoning in that area.

"We have paid our property taxes, you folks have billed us with the express knowledge of you were trying to turn our community into a heavily industrialized area," 23-year Blue Valley resident Christine Brown, told the design review committee, "When you annexed us we should have been taken into consideration. That did not happen."

R+L Carriers and the Boise-based architectural firm, BRS Architects, working with the company and presented on their behalf say they're willing to make design changes to address some concerns. One of the modifications they announced they were willing to make during Thursday's hearing was building a bigger noise barrier and larger setback.

"We have provided an application to the city that meets all the requirements of the zoning ordinance," BRS Architects Principal Architect, Andrew Davis, told the committee, "We have agreed to all site-specific conditions of approval. We have adjusted our plan to deal with all conditions of ACHD. Therefore we request approval."

Still, some Blue Valley residents said they fear they'll have to move because the development will affect their quality of life, and many feel there need to be more studies or major modifications done. Some feel it's just not the right place for that type of facility.