How businesses are helping those displaced by downtown Coeur d'Alene fire

A handful of businesses, including Calypsos and Honey, are raising money to help six businesses displaced by the fire in January. 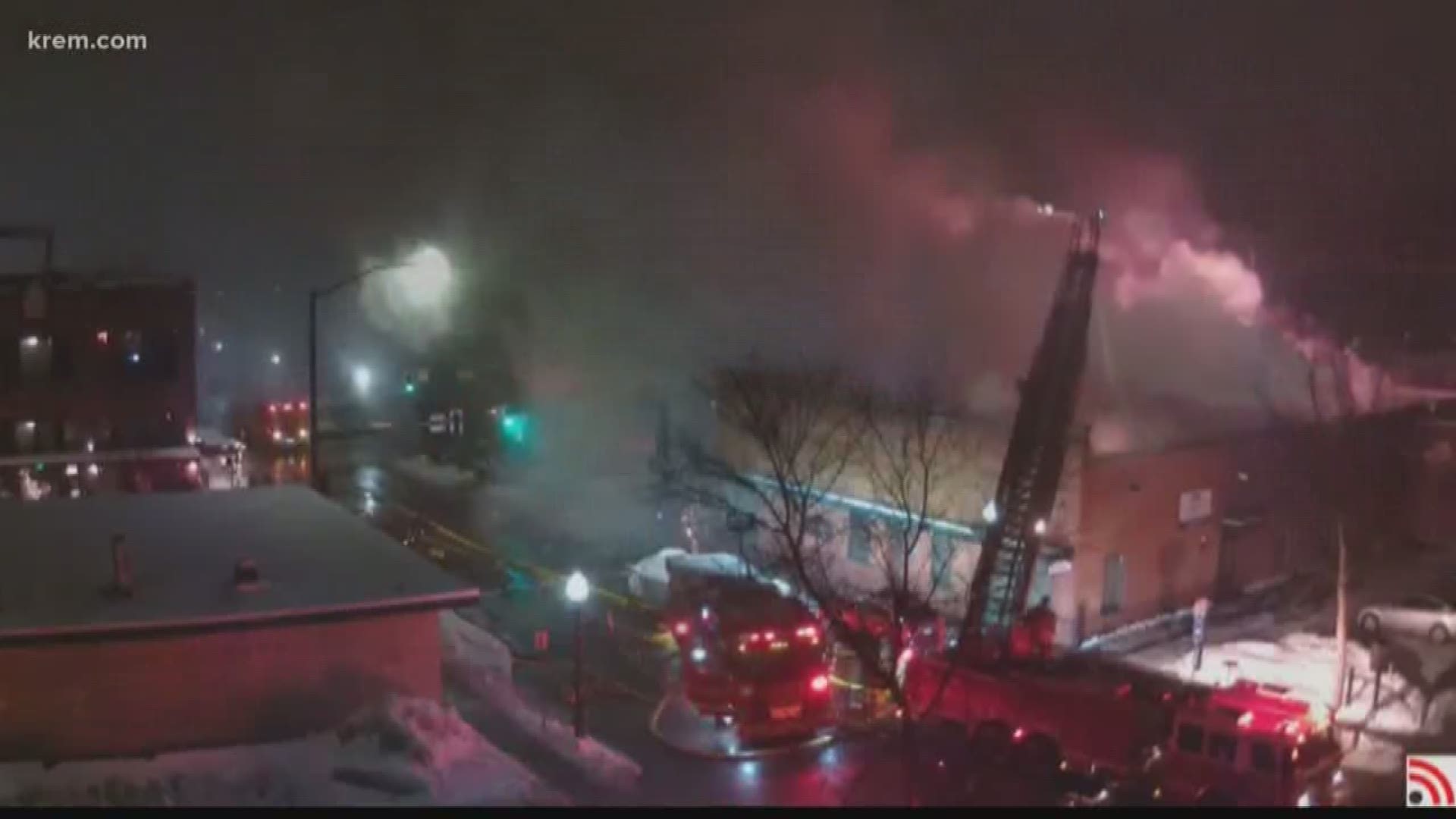 COEUR D'ALENE, Idaho — Local business are coming together to raise money for six others that were destroyed by a devastating fire in downtown Coeur d’Alene last month.

The investigation into what caused the fire remains at a standstill as investigators are attempting to work through several logistical challenges.

In the meantime, half a dozen businesses in Coeur d’Alene are holding fundraisers, silent auctions or other events to help rebuild following the blaze.

MacKenzie River Pizza, Grill & Pub in Coeur d'Alene is holding an event for Schmidty’s Burgers on Wednesday, Feb. 5, where 20% of sales will be donated to the restaurant.

“With the recent fire to their restaurant, local businesses need to help each other out,” the restaurant wrote on Facebook.

Calypsos Coffee Roasters, a staple in downtown Coeur d’Alene on Lakeside Avenue, is also planning a benefit for businesses affected by the fire. The event is set for Saturday, Feb. 8, from 5 to 10 p.m. and will include food from Taco Works and live music.

Bookishly Happy will also sell books at the event for a suggested donation of $5, with all proceeds helping businesses affected by the fire.

Honey said on Facebook that tickets are $35 per person and include a three-course family-style dinner, featuring fried chicken and dessert. Beer and wine are also included in the ticket price.

Those who are interested in attending can reserve their seat by calling 208-930-1514.

Las Chavelas Taco Bar is holding a fundraiser for 720 Haberdashery, a local tailoring business, on Feb. 9. The business wrote on Facebook that the owners of 720 Haberdashery, Luis and Shannon Gomez, are customers at the taco bar.

The business will donate 50% of the proceeds at its $10 taco bar buffet to 720 Haberdashery on Sunday, Feb. 9.

The event on Saturday, Feb. 15 will include a silent auction, raffle, beer kegs and pizza.

Tacos and Tees Tuesday at Cosmic Cowboy Grill in Coeur d’Alene run through Tuesday, Feb. 11.  All proceeds from clothing sales and 10 cents from every taco sold will be donated to the affected businesses.