Mark Eddwards was brought back to life after having a heart attack at work. 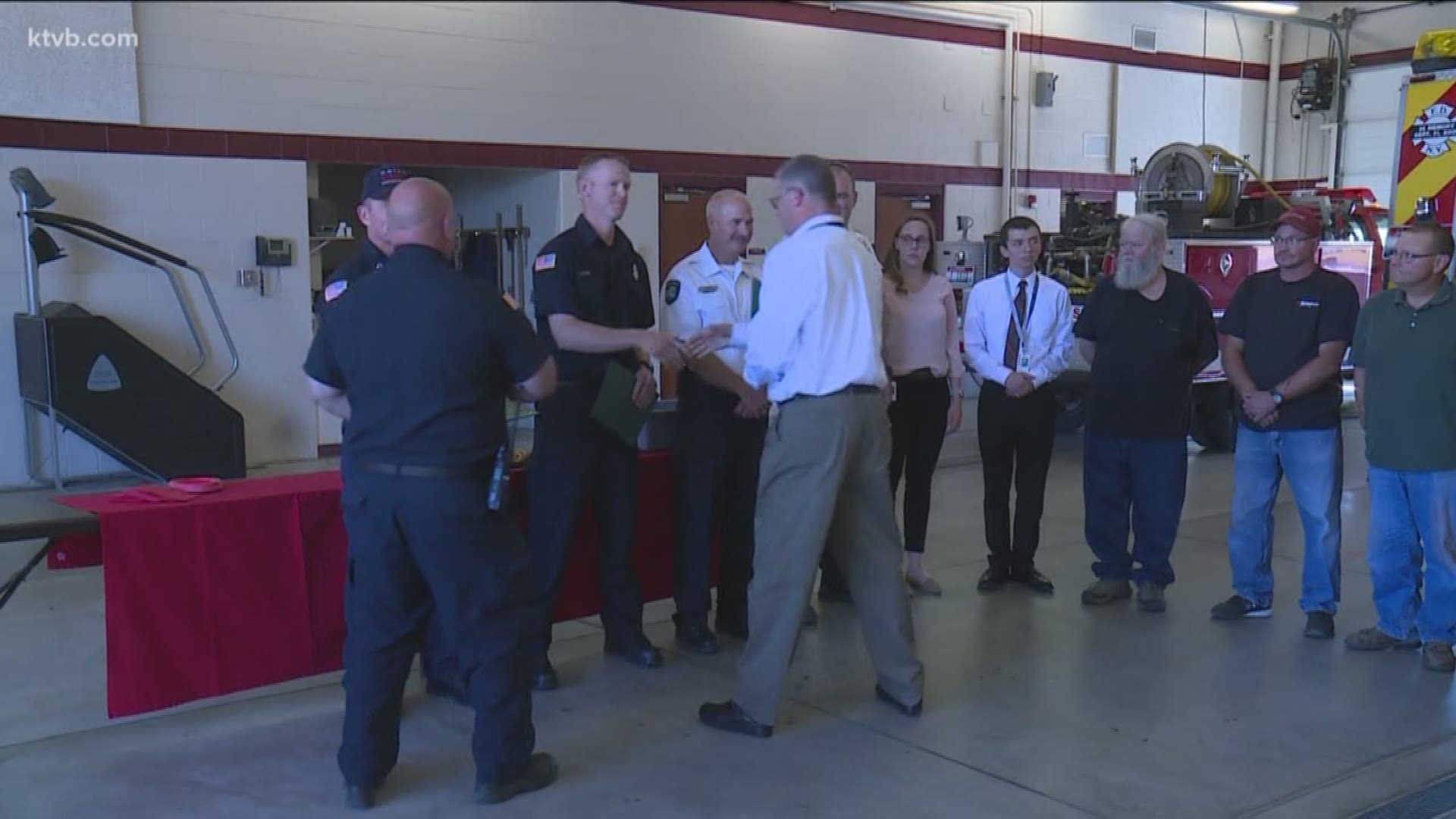 BOISE, Idaho — High honors were given to local first responders and co-workers who saved a man's life.

The incident happened last month at MotivePower in Boise when Mark Eddwards says his heart failed at work.

His co-workers called 9-1-1, performed CPR, and even used a defibrilator until paramedics arrived.

Shortly after, his breathing and pulse returned to normal, something that likely would not have happened without the quick actions of his co-workers.

“They're quick to tell you. Everybody that was trained and learned was helpful in part of it. People that actually didn't help me, directed paramedics where I was and helped get things ready that way,” said Eddwards.

The Boise Fire Department recognized those involved during a ceremony Tuesday.

Members of Boise Fire, Ada County Paramedics, Ada County Dispatch and employees of MotivePower all received life-saving awards for their efforts on July 11.

First responders credit the success back to the employees' CPR training.