Hundreds of students walk out of class for Global Climate Strike: 'For me, it's important to be able to have a voice'

About 500 people, many of whom were students, gathered on the steps of the Statehouse Friday. 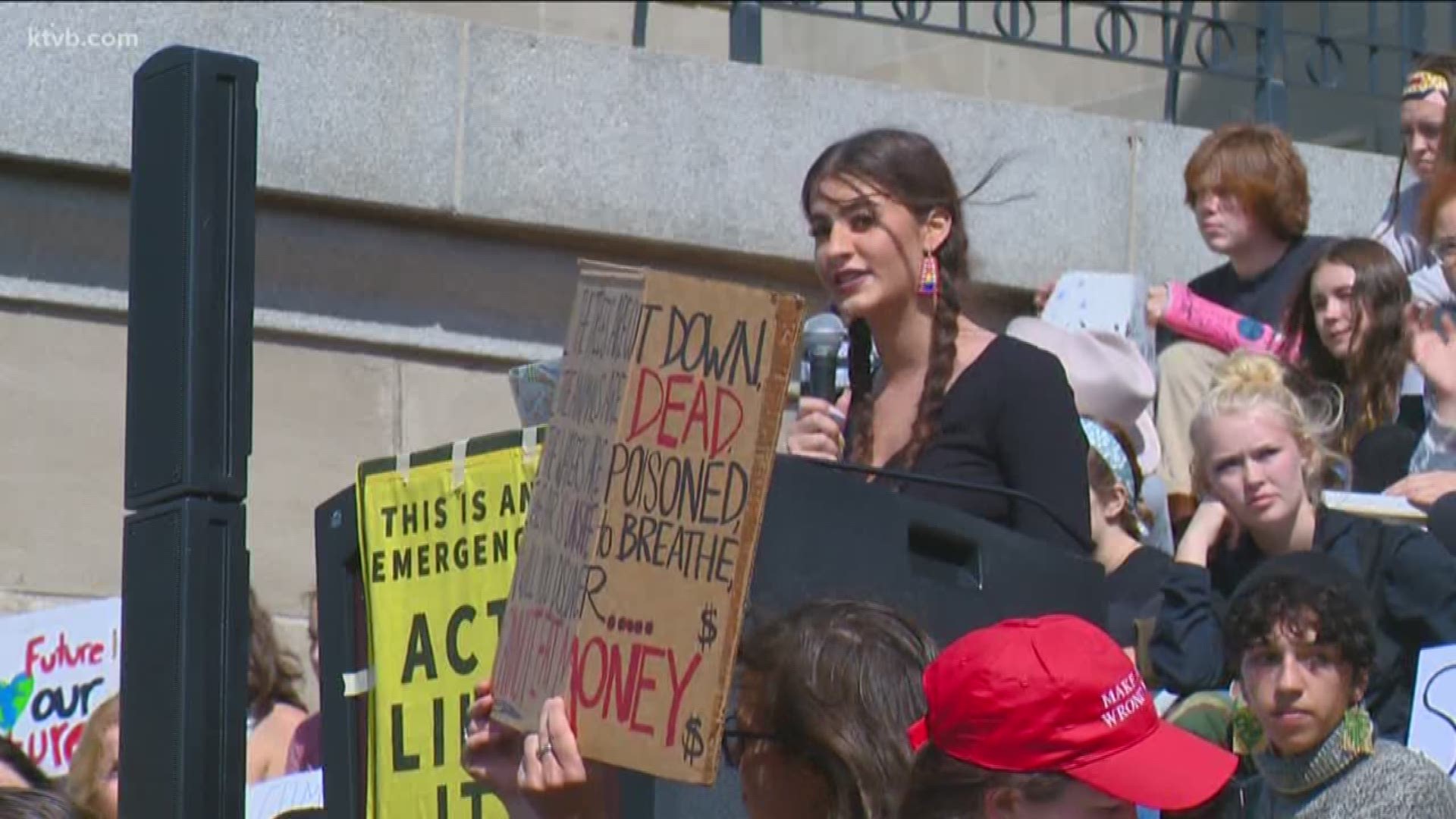 BOISE, Idaho — Demonstrations calling for action on climate change happened across the nation and here in Idaho on Friday.

It was part of what's billed as the "Global Climate Strike." Among those who took part were Treasure Valley students, like Liam Neupert, who walked out of class to attend the rally.

“Our earth is currently facing an exponential rate of warming and this is causing a lot of damages for people, here in Idaho we won't see for years, but it will slowly but surely make its way here,” Neupert said.

“For me it's important to be able to have a voice for what is happening and so I, and many, many people here today are just fed up with not being heard,” Neupert said. “We are the next generation and we were handed down the climate crisis and we did absolutely nothing to deserve it, but this is something that we will have on our shoulders every day.”

About 500 people gathered on the Capitol steps, demanding a green new deal and climate action, before they moved inside.

“We really wanted to create a direct action after the protest strike because we wanted to make sure that if you can’t hear us out here, you're going to hear us inside,” Neupert said. “I think the importance of this movement is that it is encompassing everybody, everybody is affected, everybody has a voice, everybody needs to have a voice.”