The Idaho Division of Public Works is working with a local company to test cleaning solutions that will take the graffiti off without damaging the building. 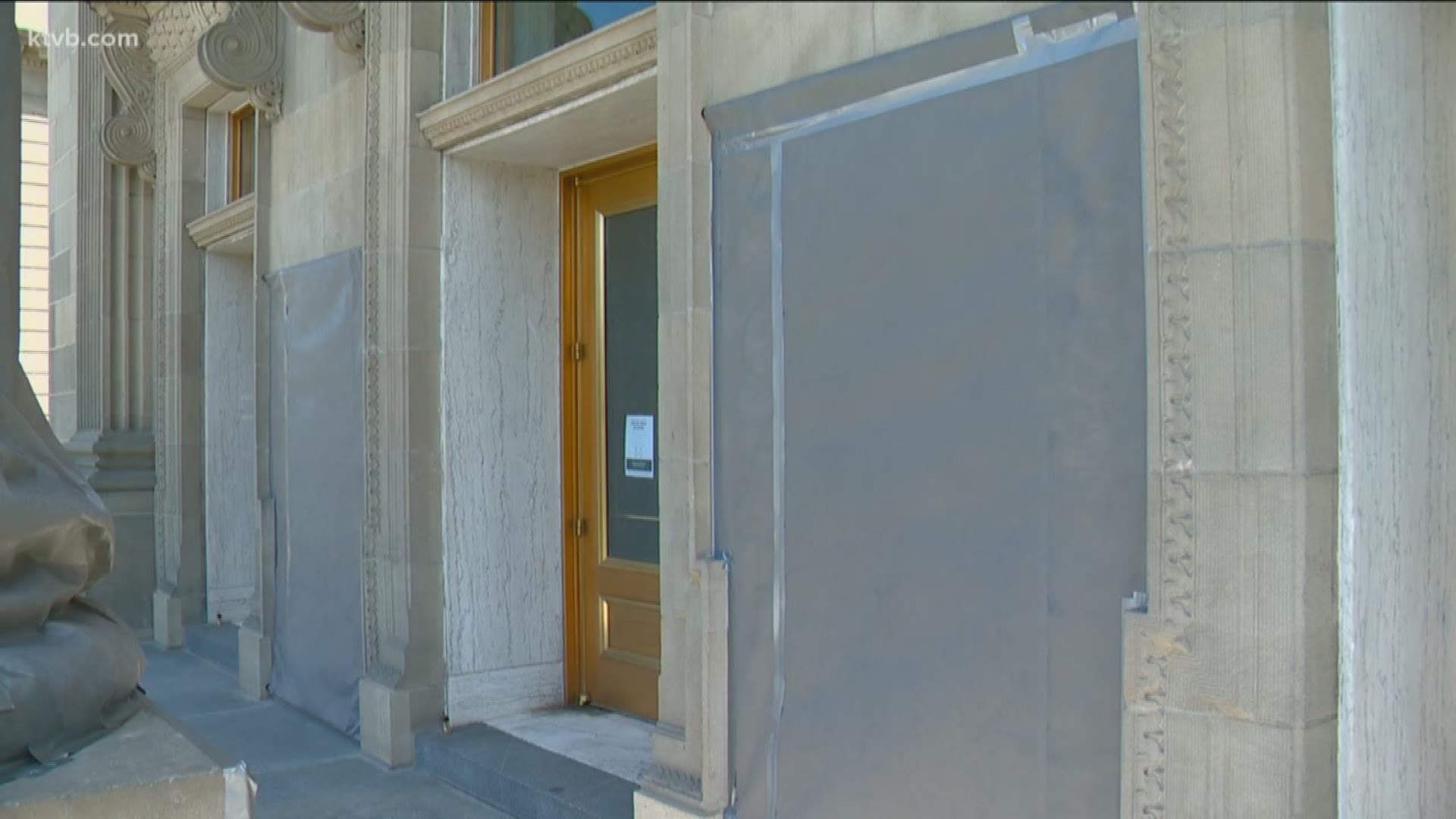 BOISE, Idaho — Work is underway now to clean the graffiti off the Idaho State Capitol Building after an 18-year-old woman spray-painted graffiti on the building and now the Division of Public Works says it will not be an easy process.

On Thursday, people could easily see the graffiti on the building, which included phrases like "our system [is] corrupt," acronyms standing for BLM and ACAB. There was also a picture of male genitals.

All of that is covered by paper now and that is how the state is going to deal with it until it can be cleaned off completely. The task of cleaning will be up to Barry Miller, the deputy administrator for the Division of Public Works.

He told KTVB what his thoughts were when he initially saw the graffiti.

“It was heart-wrenching to see,” he said.

Miller has worked for the Division of Public Works in Idaho for more than two decades but graffiti on the capitol building is a first for him.

Idaho State Police said she tagged the building during an otherwise peaceful protest. Protesters were in front of the capitol to protest the killing of George Floyd. A black man who died in police custody in Minneapolis, Minnesota last week.

However, Miller told KTVB some of the graffiti was there as early as Wednesday morning.

"There was one strip of the letters right next to the entry door that was in green," he said. "Two more sections of the same slogan was put in next to it twice in blue spray paint plus then they tagged a bunch of the column bases and columns themselves."

Now, Miller and his team must find a way to get the graffiti off without damaging the sandstone the paint is on.

“Keeping those ribs intact while trying to get the paint off is going to be very challenging,” he said.

Public Works is working with TMC Masonry, a local company in Boise to get the paint off. They’re working with TMC because they’ve previously done restoration work on the capitol, according to Miller.

Right now, the company is testing products that will get the graffiti off, but keep the sandstone looking like it should.

As for cost, Miller told KTVB he isn’t sure how much it will be, but he said people have volunteered their manpower and products to help clean it up.

“There are people who really do care about how we present ourselves to the rest of the nation and how we stand out there as who we are as Idahoans,” he said.

It could take several days, or even several weeks to get it all cleaned off, Miller added.

WATCH BELOW: 18-year-old woman charged in connection with Statehouse graffiti