Celebration of life for Eagle girl, 9, who passed away from brain cancer: 'She’s in heaven where there's no brain tumors'

Those who attended held a moment of silence for Claire, lit candles and released butterflies in her memory. 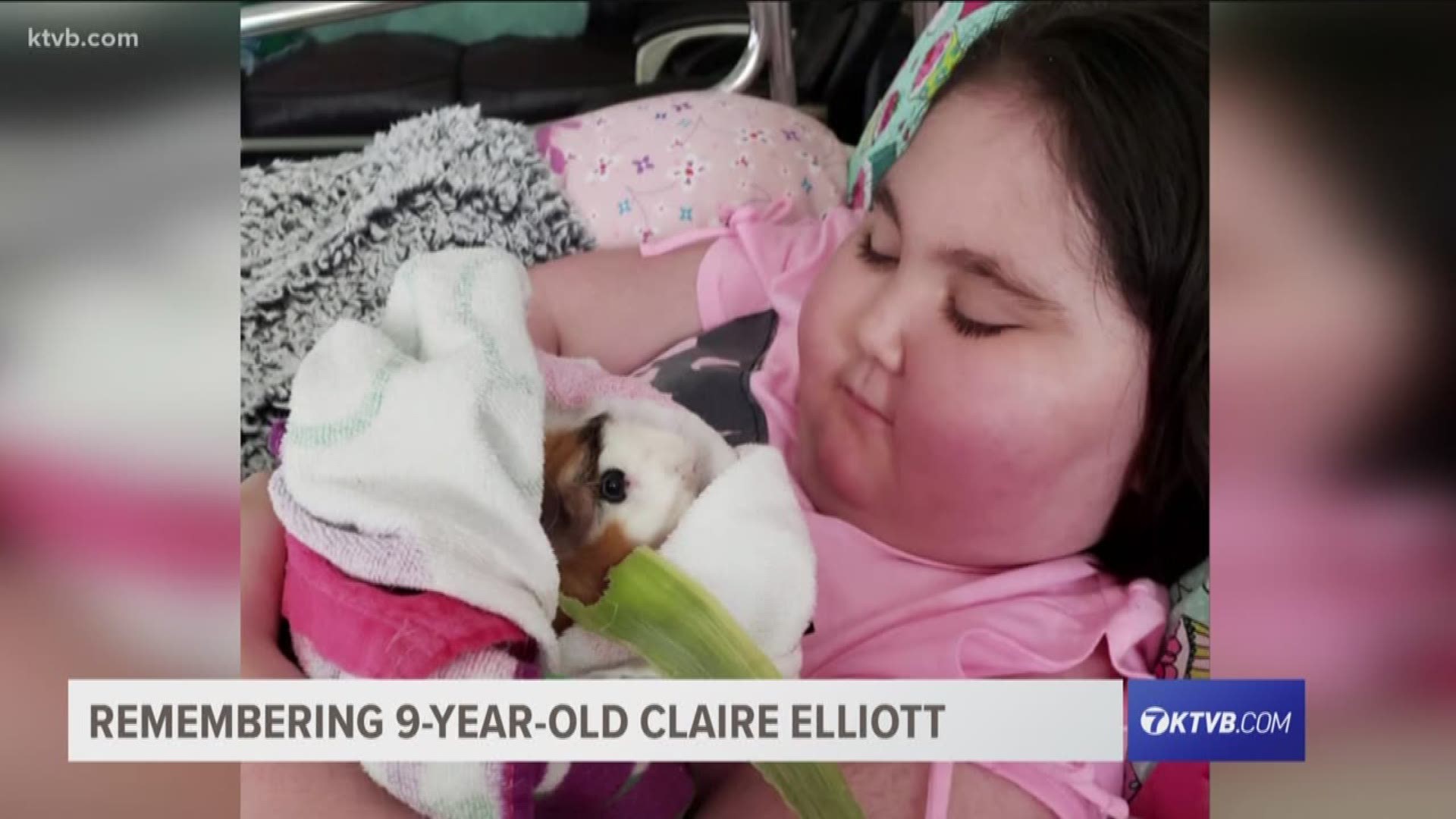 EAGLE, Idaho — Family, friends and the community gathered on Saturday to celebrate the life of a 9-year-old, who was taken too soon.

Claire Elliott was KTVB's Seven's Hero in October. She passed away after she was diagnosed with a rare brain tumor.

“It's amazing to me to see how many people she's touched throughout her little nine years of living on this Earth,” Annie Elliott, Claire’s mom said.

Claire's story touched hearts across the Treasure Valley, after her mom created an early ‘Christmas for Claire’ event, so her daughter could see one last Christmas before the end of her life. Sadly, Claire didn't live to see Saturday’s event in her honor.

RELATED: Meridian father reaches out to community for help with his daughter's brain tumor

“The fight isn’t over for a lot of kids and one thing they tell us to say is, Claire didn’t lose, she won her battle,” Elliott said. “It's been really hard, I’ve had a lot of ups and downs throughout the last couple of weeks, there were some days when I didn’t want to get out of bed.”

Those who attended Claire’s Celebration of Life held a moment of silence for Claire, lit candles and released butterflies in her memory.

“Claire was trapped in her body, she had lost her ability to walk, to write and she wasn’t able to do a lot of things that normal kids would so, and now she's free from that, she's not confined, she’s in heaven where there's no brain tumors and she's free and just like a little bird she's flown away or a butterfly rather,” Elliott said.

Claire's mom is now trying to move forward, while channeling her daughter's strength. “I miss everything about Claire, she was my best friend,” Elliott said.

An account called “Sunshine for Claire” has been set up for Elliott to help with her expenses at the Idaho Central Credit Union.