'We know and we want to fix it': City of Emmett working to improve busy intersection where 2 students were hit

Some residents are concerned about safety at the intersection of 4th Street & South Johns Avenue, a popular spot for students walking to school. 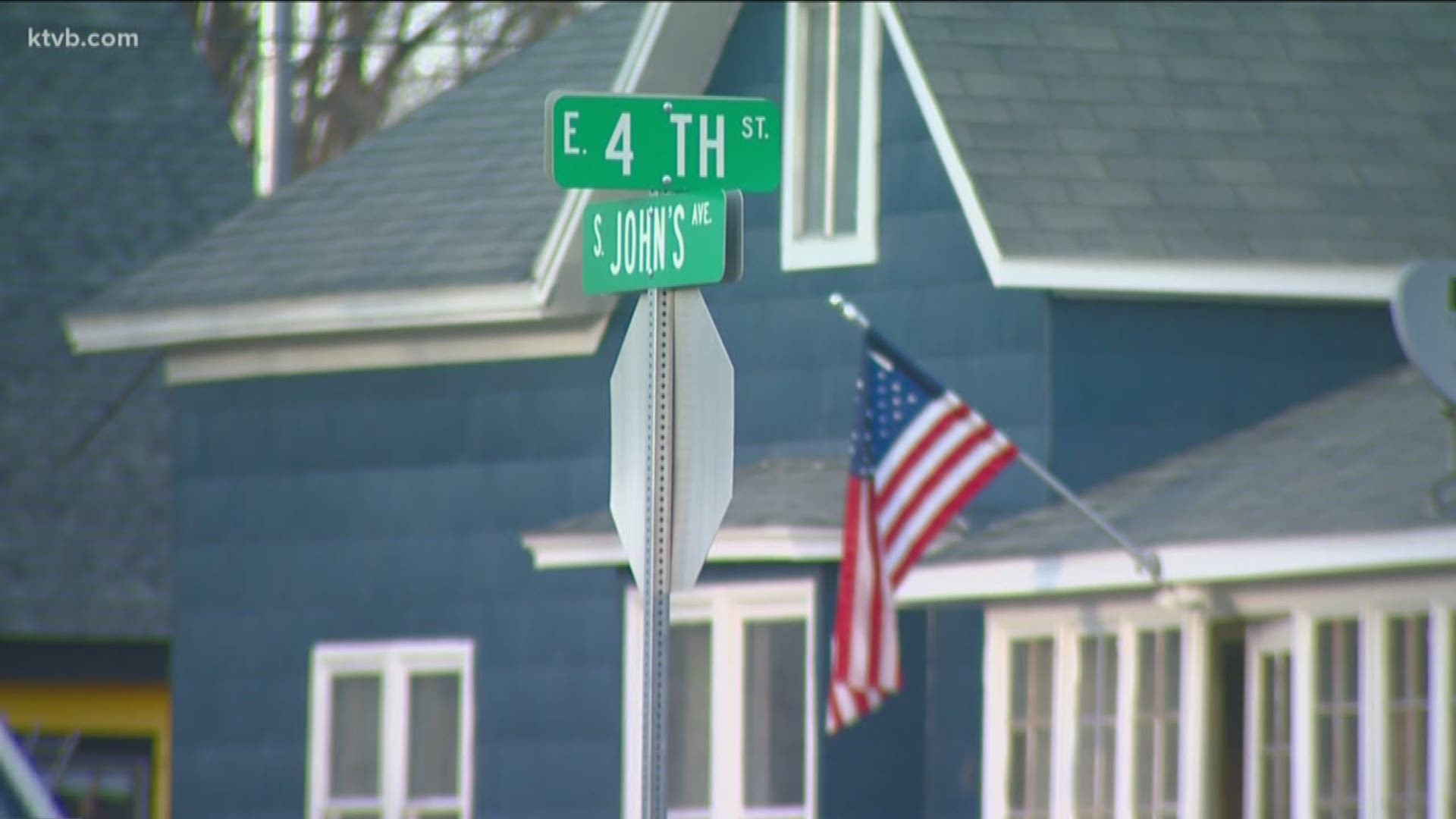 EMMETT, Idaho — Two middle school students in Emmett were hit by a car early Tuesday morning while walking to school.

The accident happened at the intersection of 4th Street and Johns Avenue.

With three schools nearby, that intersection is frequented by many students walking to school, as well as a lot of traffic from parents and buses dropping kids off.

Both boys hit Tuesday morning were taken to the hospital and are expected to be okay.

However, the accident sparked an online discussion among Emmett residents who feel the intersection is unsafe.

RELATED: 2 students walking to school hit by car in Emmett

The intersection has only one street light. It has no additional lighting, no crossing guard, no traffic lights and in some areas, no sidewalks.

“I just worry so much about the kids because we have three schools that use this intersection and so we watch them and some people just don’t stop like they should," said Bill Monti, who has lived near the intersection for 30 years. "I see kids here waiting for cars to stop for them [and they don't] and it’s just really sad.”

But the city of Emmett is working to fix that.

The city's public works director, Clint Seamons, said the city has been working to improve safety at the intersection for the last seven years.

“We know [the issues] and we want to fix it – it just takes time and money,” he said.

Lack of funding has been the holdup. With a price tag of $1.8 million, Seamons said the city needs to get outside funding and grants for major projects like South Johns. Those grants are not easy to get so the city has been on the waiting list for several years.

The city has now finally received a grant and can move forward with improvements.

"This project puts in consistent sidewalks on both sides of the road, it will bring in new LED lighting which is much more effective and efficient and another thing it will bring in is a bike path,” Seamons said.

The project area runs along South Johns Avenue from 4th Street to 12th Street. It also includes two mini roundabouts at each of those two intersections.

The mini roundabouts are designed to help with traffic flow.

“This is more of a concrete bubble that sits in the middle of the road but what it’s designed to do is keep a better traffic flow and keep a better safety corridor which means when kids cross there’s a buffer in the middle that directs traffic, slows it down,” Seamons said.

While Monti is unsure a roundabout is the best solution, he's just happy to see the city is going to do something to improve the intersection.

“The sooner they can do something the better," he said. "A four-way stop, anything. Anything would be a help. It’s always scary here.”

Seamons said the city wants people to know they hear their concerns and improving the intersection is a priority.

“Sometimes when people don’t think we’re doing anything, we are. We just have to wait for it to come to fruition," he said. "That’s what I hope people know is that we’re working, it just takes time.”

The city hopes to have all funding secured and start work on the intersection in spring of 2021.