Christopher Swain has been swimming rivers around the country to spark conversations about protecting public lands and public waters. 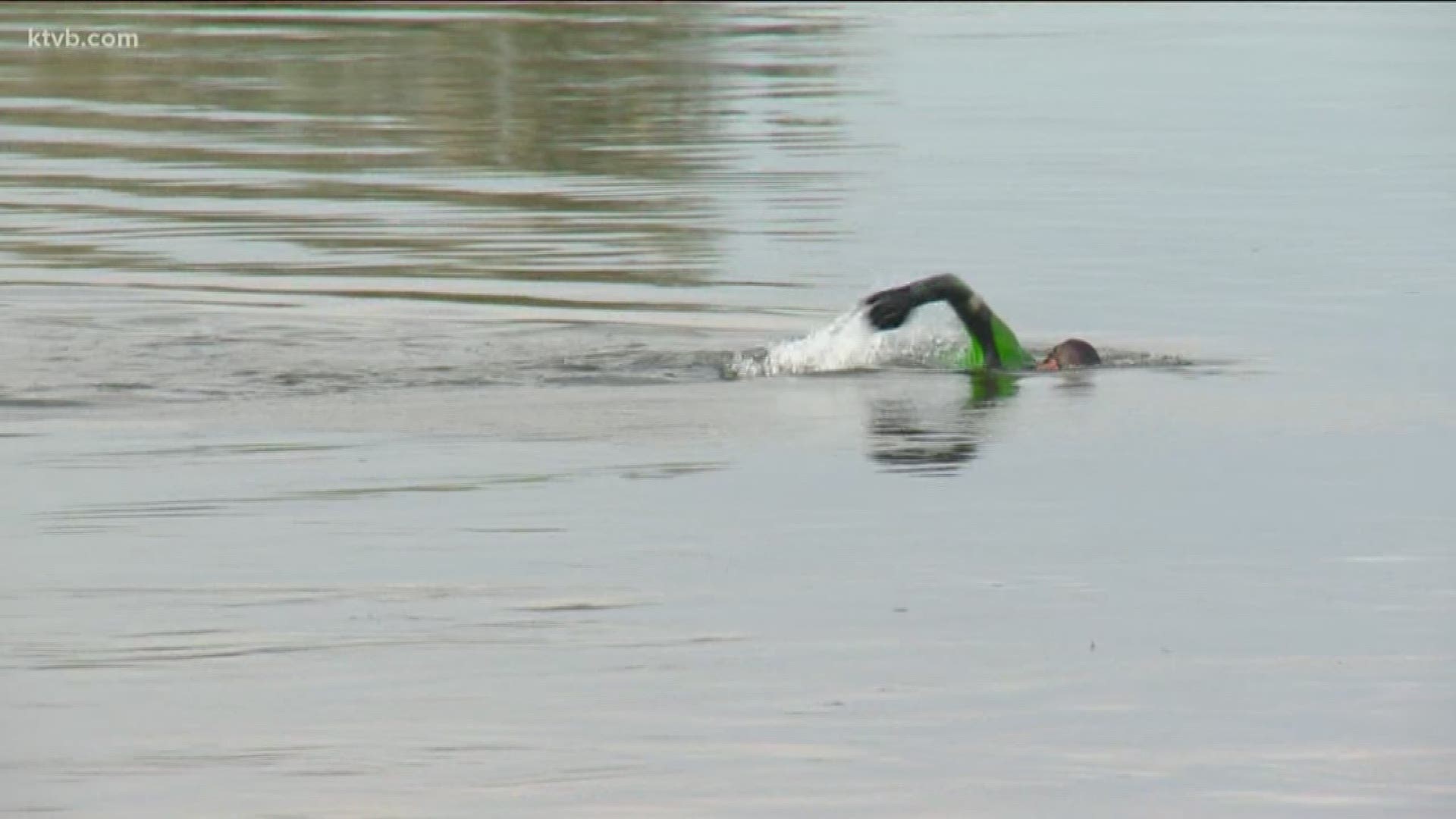 BOISE, Idaho — From the Sawtooths to the Snake River, a man who set out to swim the length of the Boise River has completed his journey.

Christopher Swain did a ceremonial swim across the finish line west of Parma Thursday morning, where the Boise River flows into the Snake River.

Swain is a clean water advocate who has been swimming rivers around the country to spark conversations about protecting public lands and public waters.

RELATED: Man plans on swimming all 120 miles of the Boise River to raise awareness on the river's ecological importance

As he made his way down the Boise River, he talked with fly fishers, farmers, and people wondering what he was doing in the river.

"Once people realized that nothing's wrong, they're very curious - so I got very good feedback that I was willing to put my body in here and learn what I can,” Swain said. “And what we found was everybody agreed on one thing: every single person we ran into wants the Boise River to be clean and thinks the idea of a Boise River that was swimmable, fishable and drinkable every day is a great idea."

"If you want to get glimpses of my journey all along the way, Idaho Business for the Outdoors created a free app that's in all the app stores, you can get it on your smart phone. It's called Boise River Source to Snake and we put all the water quality data, all my river reports and things from every single day along the way. So you can get a glimpse of the river all the way from the Sawtooth Mountains to the Snake. You can learn about the journey and there's lots of things in there you can do to help," Swain said.