Car smashes into Nampa restaurant; no one hurt

According to Nampa Fire, neither the driver of the car nor anyone inside the building was injured. 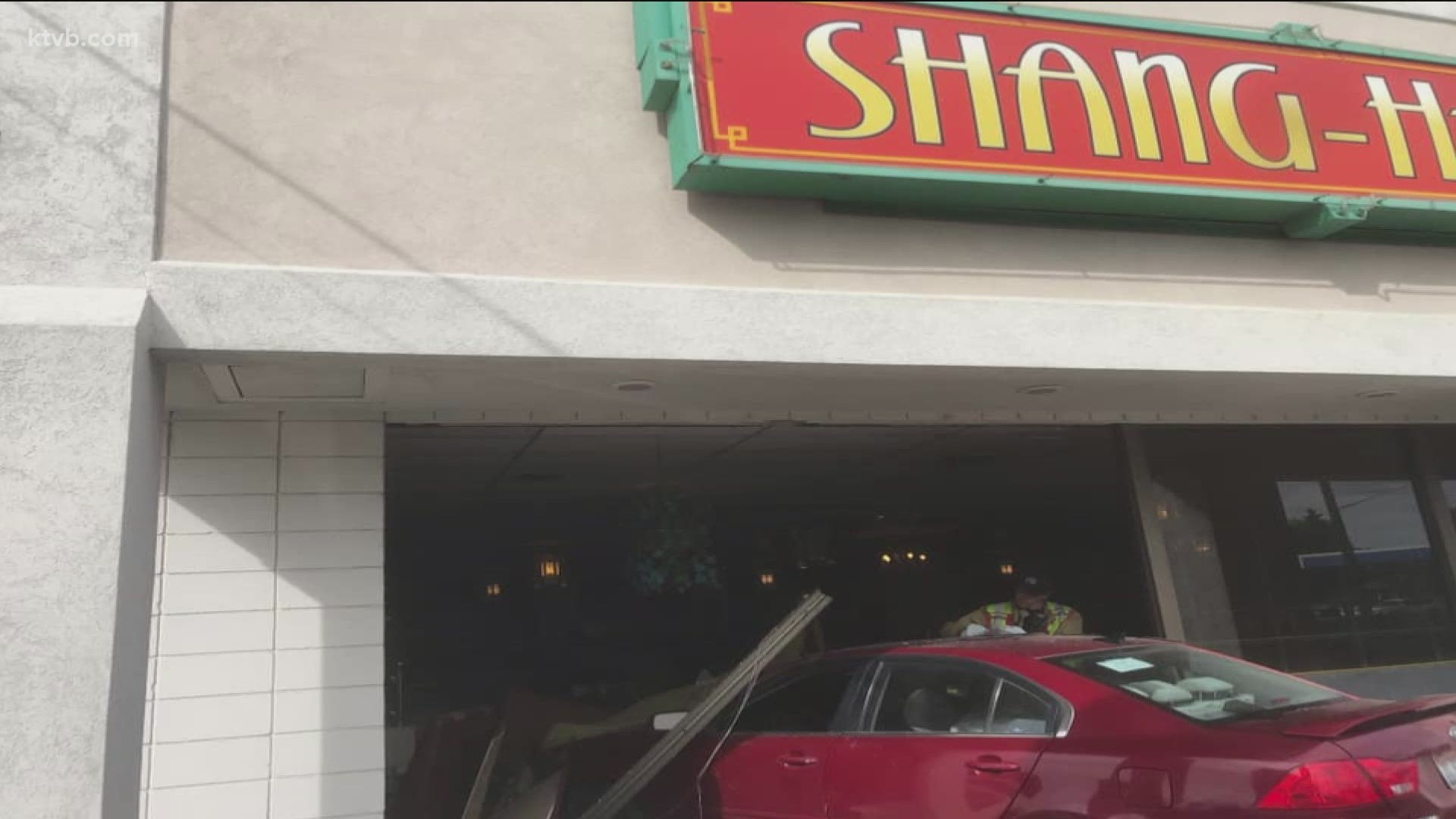 NAMPA, Idaho — A Nampa business was damaged last week after a car drove into the building.

The crash happened at Shanghai Restaurant on Caldwell Boulevard.

Photos taken at the scene show a red passenger car halfway inside the restaurant. The collision appears to have smashed out a window and caused damage to the interior of the eatery.

According to Nampa Fire, neither the driver of the car nor anyone inside the restaurant was injured. Firefighters responded to the scene to check for patients and to assess the structural integrity of the building.

"No, this restaurant on Caldwell BLVD did not just open a drive-through," Nampa Fire wrote on Facebook. "There were no injuries but this driver’s fortune cookie might have run out of fortune for the day."

It's unclear what caused the driver to accelerate into the building. Shanghai Restaurant is currently closed for dine-in but open for take-out until the damage is repaired.