A driver was trying to parallel park and accidentally hit the accelerator, according to Boise Police. 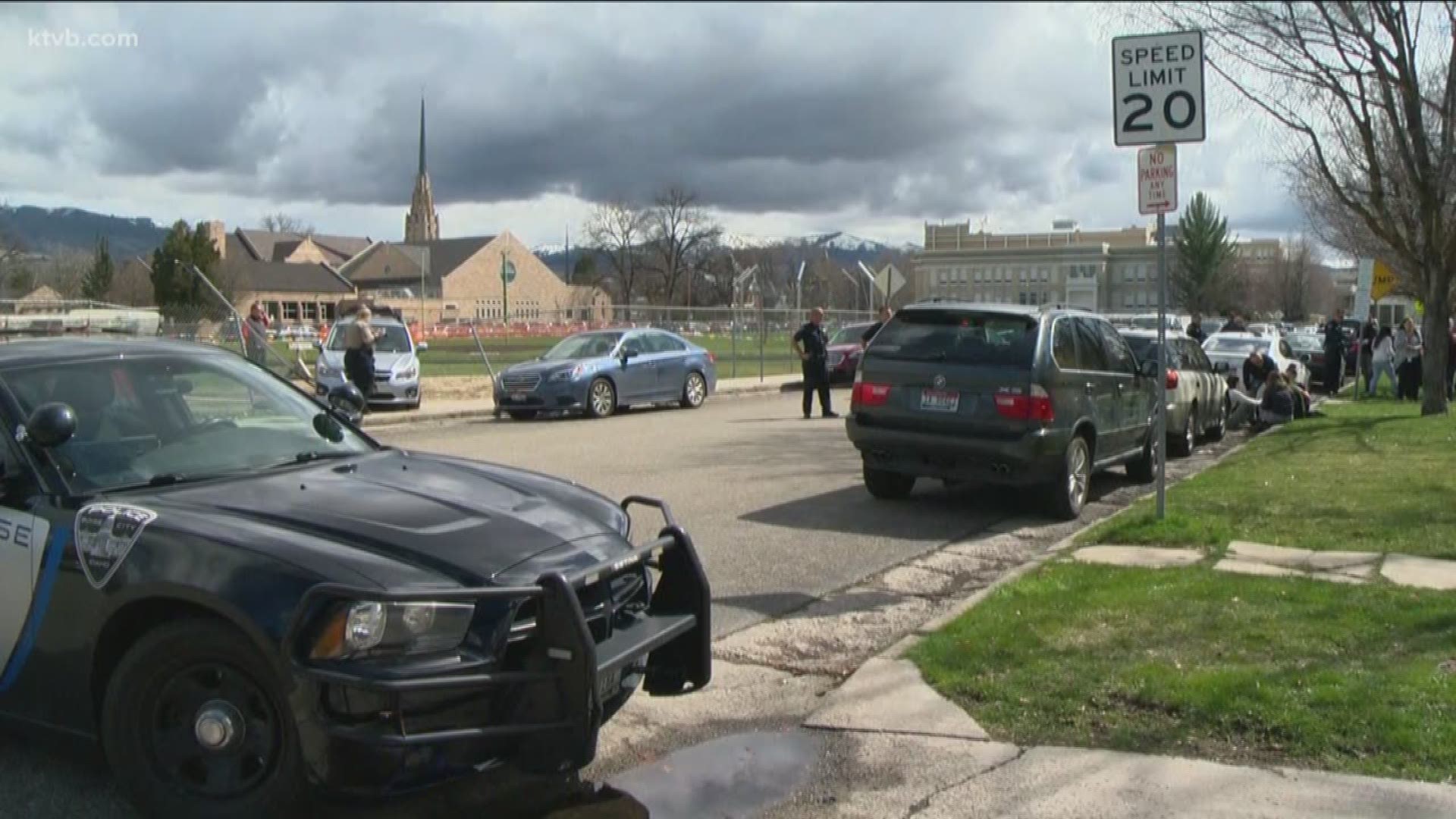 BOISE, Idaho — Two girls and a boy were injured when they were hit by a car at Boise High Friday.

The crash happened at 12:10 p.m. at the high school, during students' lunch period.

The silver car involved appears to have reversed up over the sidewalk and through a chain link fence onto a field next to the school.

A boy and a girl were taken by ambulance to a local hospital with serious injuries, according to police. Another girl was also hit, but was treated at the scene for minor injuries.

Boise School District spokesman Dan Hollar said both of the teens who were seriously hurt were conscious when they were transported. Their names have not been released.

Police interviewed witnesses to the crash as other students huddled in groups or sat on the ground.

"I saw the girl pinned under the car and then the boy in the back was laying down on the ground," Boise High student Jordyn Bruni said. "I think everyone is really worried, but from what we know everyone's just been talking about it and letting everyone know that she's OK."

According to Boise police, the woman driving the car had been trying to parallel park when she hit the accelerator, crashing into the students. The driver was cited for inattentive driving.

The investigation is still underway, according to police.

2 hit by car at Boise High

1 / 7
Bill Krumm/KTVB
Two students were hit by a car at Boise High.