Luckily, no one inside the car or in the building was hurt. 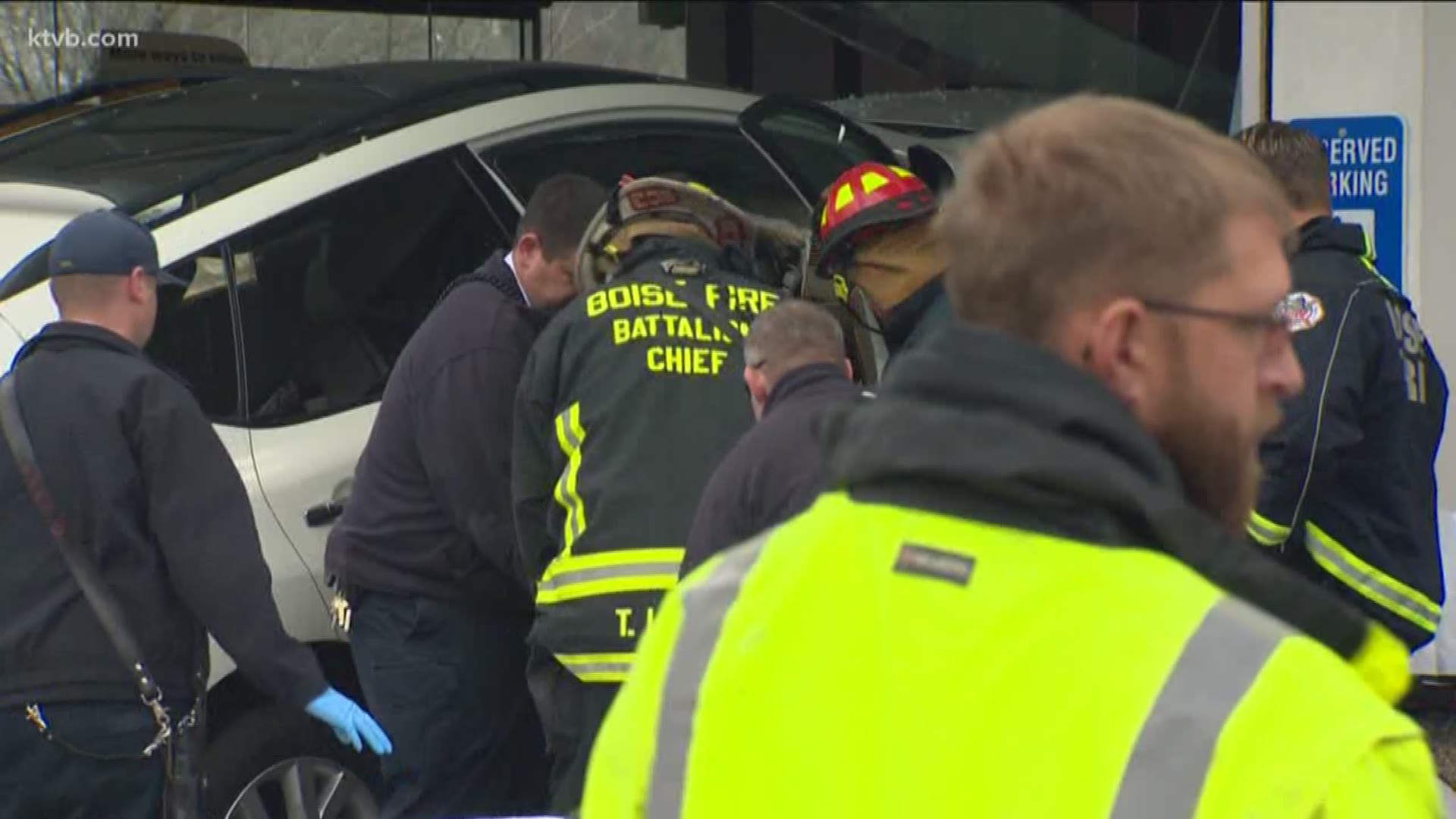 BOISE, Idaho — Emergency responders are on scene after a vehicle struck the side of a McDonald's in Boise, crashing through the wall of the restaurant.

The wreck happened at 11:18 a.m. on Fairview Avenue and Mitchell Street. The McDonald's shares the space with a Chevron gas station.

According to Ada County Dispatch, neither the people in the car nor anyone inside the restaurant or gas station was hurt. Police, fire, and paramedics are all on scene now.

The car appears to have shattered a large front window and is currently hanging halfway out of the restaurant.

It's unclear what caused the driver to accelerate into the building. KTVB has a crew on scene, check back for updates.