Fiesta Chicken on Ustick Road told KTVB no one was hurt. The drive-thru will remain open, as the restaurant makes necessary repairs. 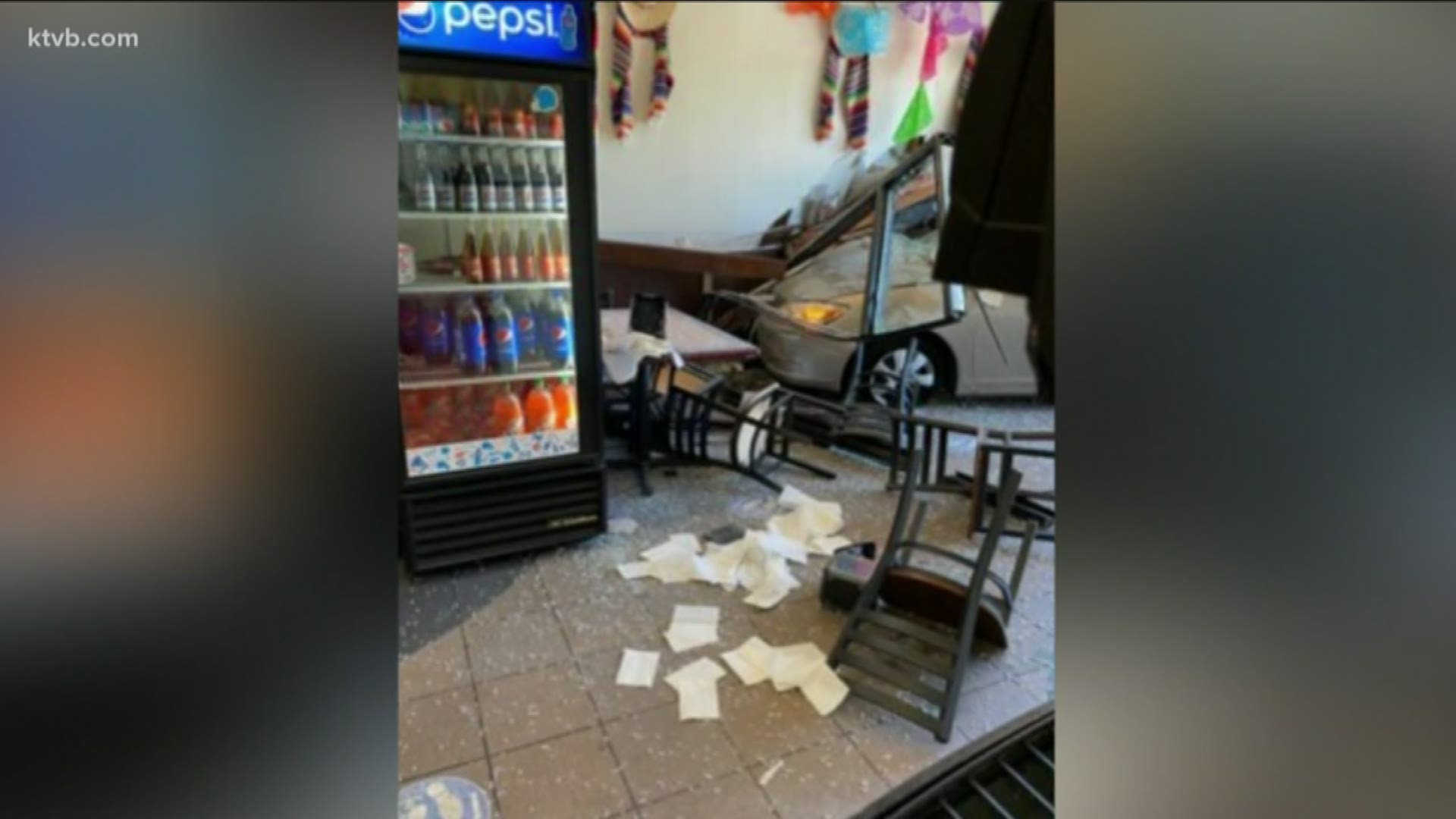 BOISE, Idaho — Update July 14, 12:21 p.m. - Boise Police told KTVB that the driver of the vehicle that crashed into the building was cited for reckless driving. The driver tapped the gas pedal instead of the brakes.

A Boise restaurant is now only open to drive-thru customers after a driver slammed into the Fiesta Chicken on Ustick Road on Saturday.

“It was really just a crazy scene, I mean the car was planted all the way into the restaurant,” Zach Smith explained.

He was picking up food from Little Caesars, which is right next door to Fiesta Chicken and also experienced some damage from the crash.

“The people working at Little Caesars [said] it sounded like a bomb went off,” Smith said. “I was definitely shocked.”

Fiesta Chicken shared a video with KTVB, showing the car inside the building with debris scattered around it.

“They took out one of our doors, we had a couple, like three of four tables there in the back, they're completely wrecked and then it got into the right side of the wall that connects us to the Little Caesars next to us,” said Fiesta Chicken’s cashier Luis Baldovino.

He said they're thankful no one was hurt and no workers or customers were near the window at the time.

“Everyone said the whole building shook, we had a lady that was in the freezer and she felt it from the freezer,” Baldovino said.

This crash comes as the business is already dealing with the impact of COVID-19. An already tough time for the restaurant and its workers.

“We live paycheck to paycheck, and we have some people who can’t work for us now,” Baldovino said. “We just reduced it for COVID in the first place and then when we opened we brought people back again, but now we're closing this one again, so it's going to be a set back again here.”

The damage is now forcing Fiesta Chicken to shut down its indoor dining room until they can make the necessary repairs.

Fiesta Chicken told KTVB it anticipates the dine-in portion of the restaurant to remain closed for about a month or so.

KTVB reached out to the Boise Police Department about this crash and the driver. The department is still investigating.

RELATED: 21 hospitalized with injuries from fire, explosion on USS Bonhomme Richard at Naval Base San Diego