Which of Gov. Little's goals became reality in the 2019 Idaho legislative session?

In January, Idaho Gov. Brad Little shared several goals he hoped to achieve while in office. So how does the legislature's 2019 session stack up against those goals? 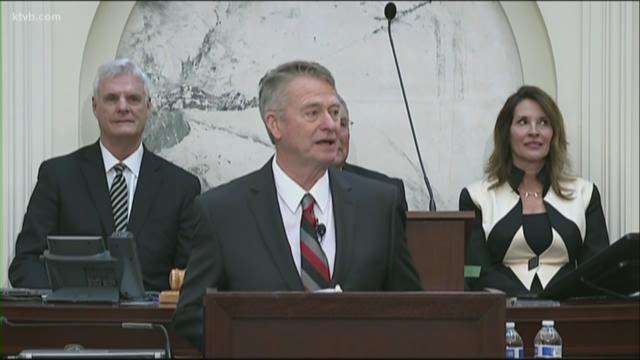 Idaho Gov. Brad Little started off 2019, and his first term in office, with several promises and goals for Idahoans.

In January, Little gave his first State of the State address as Idaho's 33rd governor.

"Legislators, I look forward to working with you to achieve our shared vision of making Idaho the best place possible to live for this generation and future generations of Idahoans,” Little said in his speech.

So after 95 days in session, the third longest in Idaho's history, how did the results of the session measure up against Little's goals?

He described his number one priority as education.

"My budget recommendation fulfills my promise to raise starting teacher pay to $40,000 a year," Little pledged.

In March, he signed that promise into law.

According to a teacher, "This bill is really important for retention so that teachers are motivated to stay in Idaho and work in Idaho and share their abilities to the citizens here."

Little said the law was a statement that teachers are important.

“This bill is part of my overarching goal to make sure that our kids in Idaho stay in Idaho," he said.

As part of his education goals, Little also promised to double funding for early literacy programs, which he did.

However, the legislature left the session unable to come up with a school funding formula because no bill on that topic was ever able to make it out of committee.

Combating drug addiction and the opioid crisis was another staple of Little's State of the State address.

"Communities across Idaho face the scourge of opioid addiction and other substance abuse problems," he said.

He vowed to issue an executive order on substance abuse and work to expand efforts to beat the epidemic.

One step toward that goal in the 2019 legislative session was House Bill 12, which makes it easier for pharmacists to prescribe opioid overdose reversal drugs. That bill was signed into law in February. 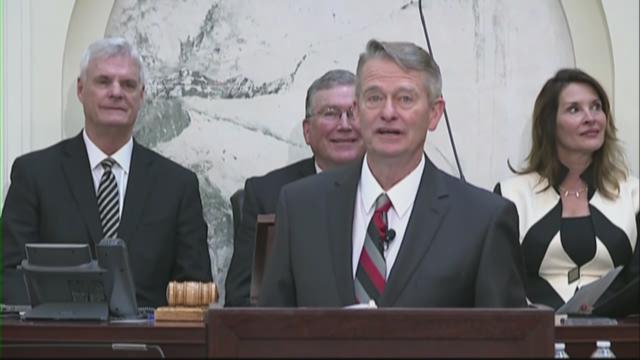 Little said during the January address that he wanted to make it easier for young families and first-time home buyers to afford down payments for homes.

"One specific proposal I will champion to help more Idahoans achieve the American Dream is the First-Time Home Buyer Savings Account."

A bill to do that was introduced to the legislature in mid-March and sent to the House Revenue and Taxation Committee, but it never moved forward from there.

“As your Governor, I pledge to champion citizen confidence in state government,” Little said.

That was a theme throughout Little's speech - to build voters' trust in Idaho lawmakers.

This session, two very publicly opposed bills went to the governor's desk for a decision. The first dealt with tightening restrictions on voter ballot initiatives.

Rebecca Schroeder, of Reclaim Idaho, was one of several people excited to see the governor do away with that bill.

“I think he did the right thing in listening to the overwhelming opposition from the people of Idaho and making the veto," she said. "This is a win for every Idahoan today.”

The second publicly opposed bill dealt with Medicaid expansion and adding work requirements, plus other restrictions. Little signed that bill into law on Tuesday.

“Not every Idahoan fits neatly into a government box,” said Caroline Merritt, with Close the Gap Idaho. "All they’re doing is adding bureaucracy, adding costs, growing government and going against the will of the people and what they voted for in November.”

A few other notable pieces of legislation that passed in 2019 were allowing 18- to 20-year-olds to carry concealed weapons in cities and expanding first responders' workers compensation to include treatment for PTSD.