"Idaho has from time to time gotten negative national publicity for being less than a welcoming state," said Sen. Cherie Buckner-Webb. 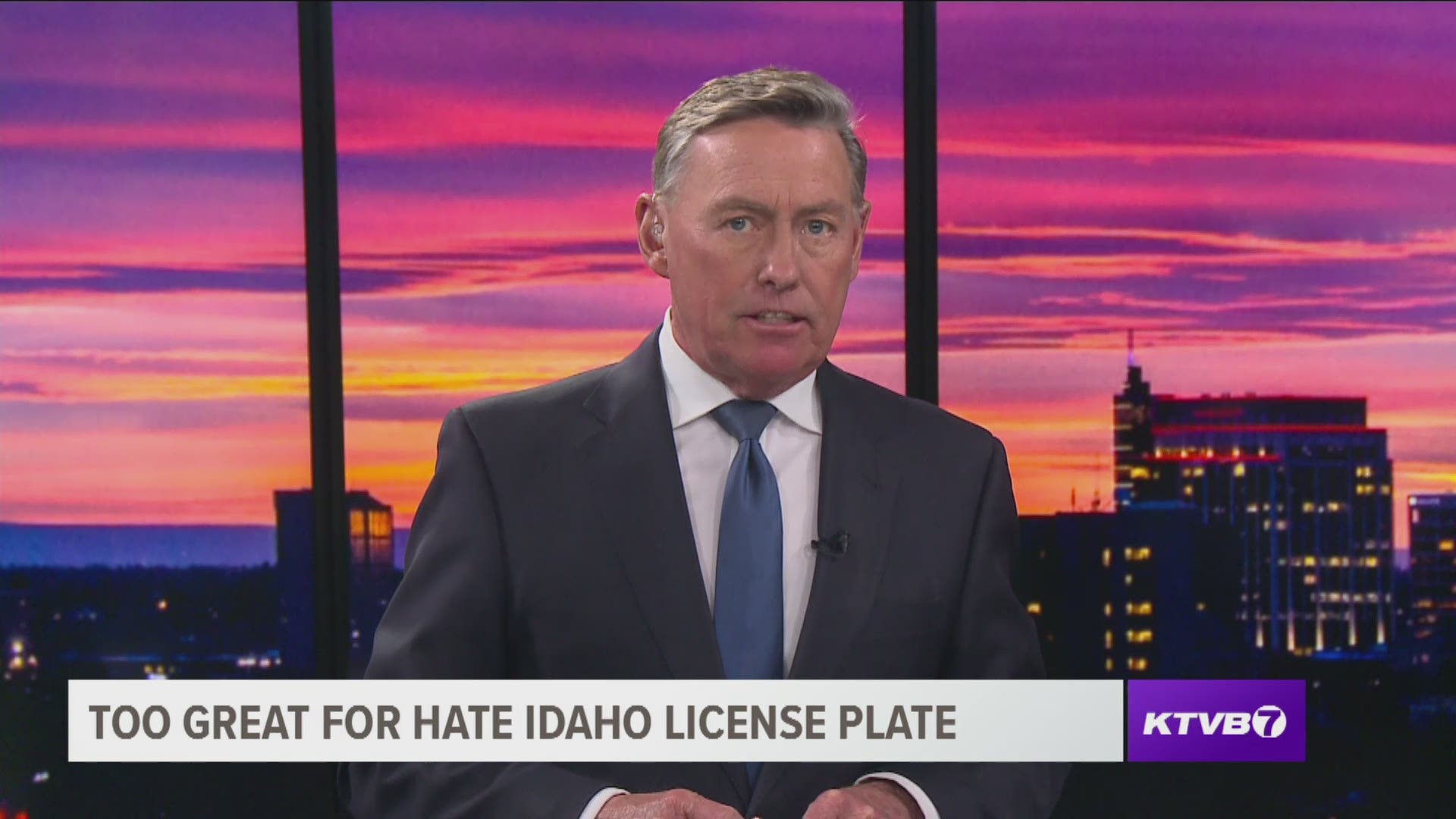 BOISE, Idaho — State Sen. Cherie Buckner-Webb said she wants to give Idaho drivers another option for a specialty license plate. She says this option, which reads "Too Great For Hate," would show Idahoans are inclusive.

Buckner-Webb presented the bill to the Senate Transportation Committee on Tuesday.

"Idaho has, from time to time, gotten negative national publicity for being less than a welcoming state for those outside of mainstream dominate culture," Buckner-Webb said.

Bill Brudnell, who was part of the audience Tuesday, spoke up and said he liked the idea of the new plate.

He says that along with being known for potatoes, the Gem State has another reputation that is not so positive.

"They say 'you are the state where the Aryan Nation set up camp in North Idaho, and people that tend to be hateful and fearful, tend to go there,'" Brudnell said.

If Senate Bill 1297 wins approval, proceeds from the license plate would go toward the Wassmuth Center for Human Rights in Boise, home of the Idaho Anne Frank Human Rights Memorial.

"We would be creating teacher training programs for educators all around the state," said Sandy Berenter, president of the board of the Wassmuth Center. "And, we want to establish a free lunch-and-learn program in the Idaho Anne Frank Memorial, and also a young writer program."

The measure passed out of committee unanimously, with the panel's two Democrats and seven Republicans all voting in favor.

"I find it to be absolutely non-partisan," said Sen. Chuck Winder (R-Boise). "It's dealing with human rights with one another and that's why I'm going to support this."

The bill now heads to the Senate floor.