'Sometimes you get into these quagmires': Medicaid expansion funding keeps lawmakers from going home

Gov. Brad Little has said the legislature must fund the Medicaid expansion before they can go home. 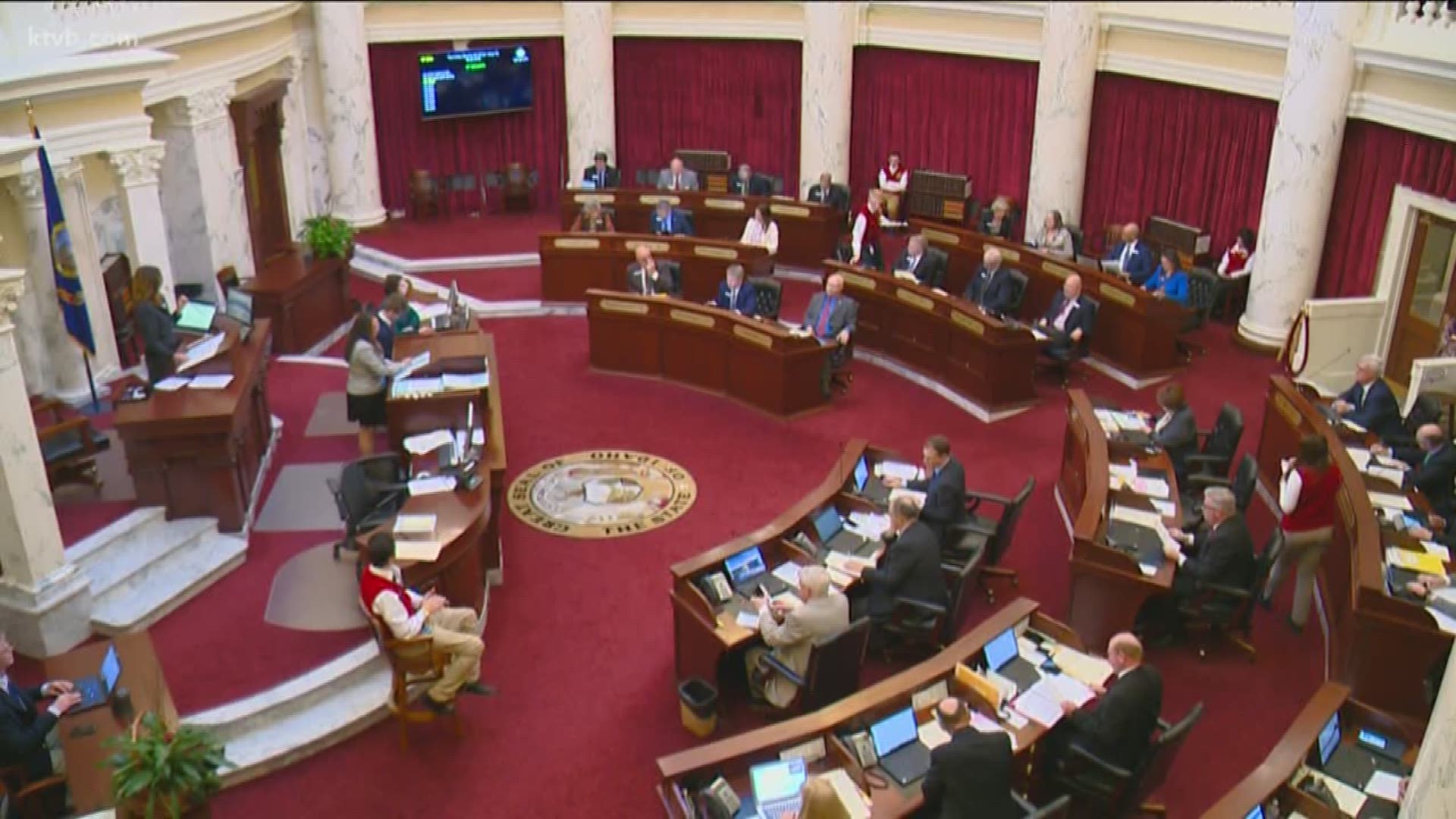 BOISE, Idaho — The end of March is coming up and that usually means Idaho’s state lawmakers start talking about adjourning "sine die" and going home for the year.

This year though, there are still important items on the "to-do list" for the session.

Governor Brad Little has said the legislature must fund the Medicaid expansion - which is still working its way through the Statehouse - before they can go home.

Some state lawmakers on Tuesday estimated they could be at the Capitol for another week and a half to two weeks.

Rep. Ilana Rubel, the assistant House minority leader, said a bill that would add sideboards to Medicaid expansion, was introduced on Monday that could hold things up.

“That's very controversial and it's going to add a lot of costs to the bill so that's really what's keeping us here,” Rubel said.

Voters passed Medicaid expansion in November. The expansion will provide access to health care for around 60,000 Idahoans who are in the so-called “gap.” This means they make too much money to qualify for Medicaid, but they still don’t earn enough to get health insurance through the state.

The original plan for the legislature was to have this be the last full week of the session, but Sen. Majority Leader Chuck Winder isn't sure that's going to happen anymore.

“That would take very significant change in direction on the Medicaid sideboards bill in the house," Winder said. "Sometimes you get into these quagmires and the governor said we're not going home without the Medicaid being funded."

"I think without sideboards the funding might fail and that's why we're trying to introduce some enhancements to it,” Vander Woude said.

The House Health and Welfare committee voted to introduce the bill on Monday.

If the funding does fail in the House, it'll stop the lawmakers from heading home.

"I feel like with every passing day it almost at this point we're risking doing great damage to the state,” Rubel said.

Rubel wants the House to vote on what the Senate has already passed.

“They've passed clean funding so there is really no reason why we can't fix this in five minutes and be done,” she said. “The money is there, it's all set to go but they're refusing to vote on it."

The first hearing on the Medicaid sideboards bill is scheduled for 8 a.m. on Wednesday. That hearing will take place in the Lincoln Auditorium at the Statehouse.

A similar bill was introduced earlier in March, also by Vander Woude, but he made changes to it after the speaker of the House, Rep. Scott Bedke, claimed that the bill didn’t have enough votes to pass.

Some other legislation that is being worked on right now as the session winds down is a bill that would raise the threshold for putting an initiative or referendum on the ballot for a statewide vote.

The school funding formula bill is also being hashed out still. That bill is in committee right now. Sen. Winder said he is hoping the issues surrounding the school funding can be worked out this session, but that's not something they consider a "must-do" item before leaving the Capitol.