The senator from Idaho told KTVB that lawmakers have a "hefty load" to work out before a final stimulus package can be rolled out. 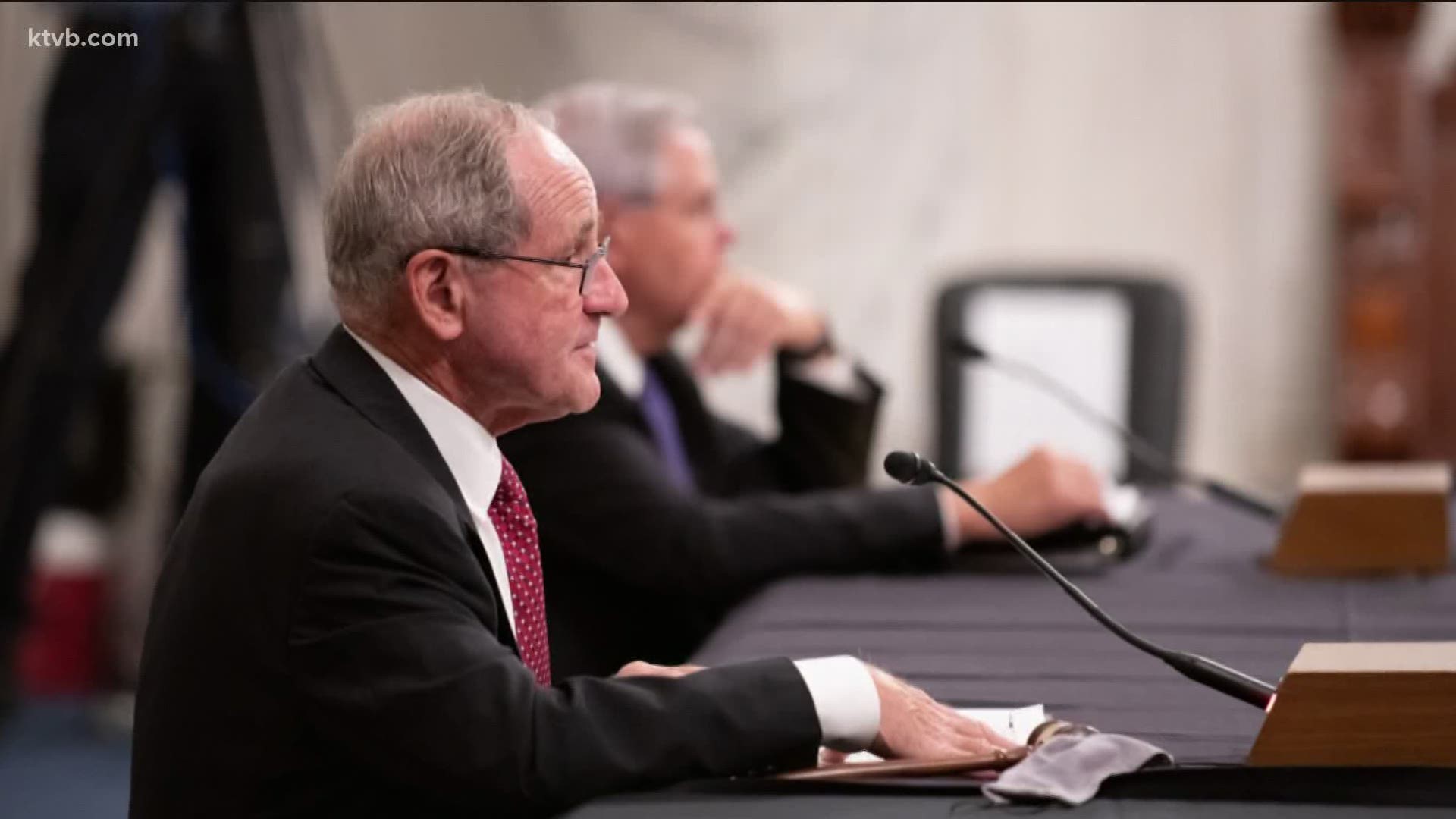 BOISE, Idaho — More federal relief from COVID-19 could soon be on the way.

But what that relief will look like, what it will include and when Americans could see it roll out are still being debated between the House and Senate.

Now it’s up to both sides to strike a balance between the two bills before Americans will see a second stimulus package.

The proposals address a variety of topics including a second stimulus payment, unemployment benefits, education and additional aid for small businesses.

RELATED: GOP unveils 'HEALS' Act with another round of $1,200 stimulus checks

Sen. Jim Risch (R – Idaho) said it’s “a hefty load” to get done before Congress adjourns next week. After listening to debates over the proposals on Tuesday, Risch isn’t confident that will happen.

“The only thing I would caution everyone on this bill, which was introduced by Sen. Mitch McConnell is, it’s a long way from a finished product,” Risch told KTVB.

One major sticking point between the House and Senate, according to Risch, is federal unemployment aid.

So why the potential drop in unemployment benefits?

“What happened was, when the original bill was passed, it added $600 a week to the $300 a week that Idaho was paying for a total of about $900 a week – which translates to about $50,000 per year,” Risch said. “When you do a one-size-fits-all for the entire country, in places like Idaho and many other places, people were getting a lot more on unemployment than they were when they were working. As a result of that, what’s happened is, all over the country there has been considerable reluctance for some people to go back to work. So you’ve got to thread that needle.”

RELATED: Sen. Risch: New federal stimulus package will be 'much more focused than the last time'

Also included in the Senate GOP proposal is liability protection against health care facilities, schools and businesses as they open back up amid COVID-19.

Risch explained to KTVB why liability protection is a priority.

“There have been thousands of lawsuits filed regarding people claiming liability for injury as a result of the coronavirus,” he said. “And they operate under different rules and it was felt there needed to be a uniform rule and in addition to that, some common sense put into it. That’s why that was put in there.”

The GOP relief bill has sparked some backlash from Democrats on Capitol Hill.

Senate Minority Leader Chuck Schumer (D – New York) said one of the biggest complaints deals is what the GOP bill leaves out, namely any type of rental assistance or an eviction moratorium.

According to Risch, that’s not off the table and something could be included in the final version of a relief package.

“At this point, it’s not included in the language but it will certainly be a part of the negotiations as we move forward because again, that’s one of those issues you have to balance,” he said.

Another component included in the GOP bill that has drawn a lot of criticism from both sides of the aisle is a proposal to include $1.75 billion in funding for a new FBI headquarters in Washington, D.C. That was included in the bill by the White House.

“That’s probably not an appropriate item for this bill,” Risch said. “I don’t know who came up with that idea in the White House but it should probably be a stand-alone item where it can be better debated and talked about. I wouldn’t get too excited about that getting in the final product.”

Both the House and Senate relief proposals would incorporate more aid for small businesses, though again, the logistics of how that will look need to be worked out.

One thing many congressional leaders can agree on is issuing a second stimulus payment to Americans, Risch said. But how much is paid and what the requirements are will need to be negotiated.

Starting Aug. 7, Congress is set to recess for a month. If a final relief bill is not agreed upon by then, Risch said he doesn’t know when it will happen.

“If it doesn’t get done by the end of next week, it’s not going to get done for a while,” he said. “I’m not really optimistic it’s going to get done that quickly because there is a lot of disagreement over it, a lot of arguing over the amount of money that’s being spent. We’re going to work hard at it but we’ll just have to see how it comes out.”

KTVB also reached out to the other members of Idaho’s congressional delegation for comment but did not hear back.