If approved, the bill would also extend the learner's permit period to two years and drivers wouldn't be able to get their license until age 16. 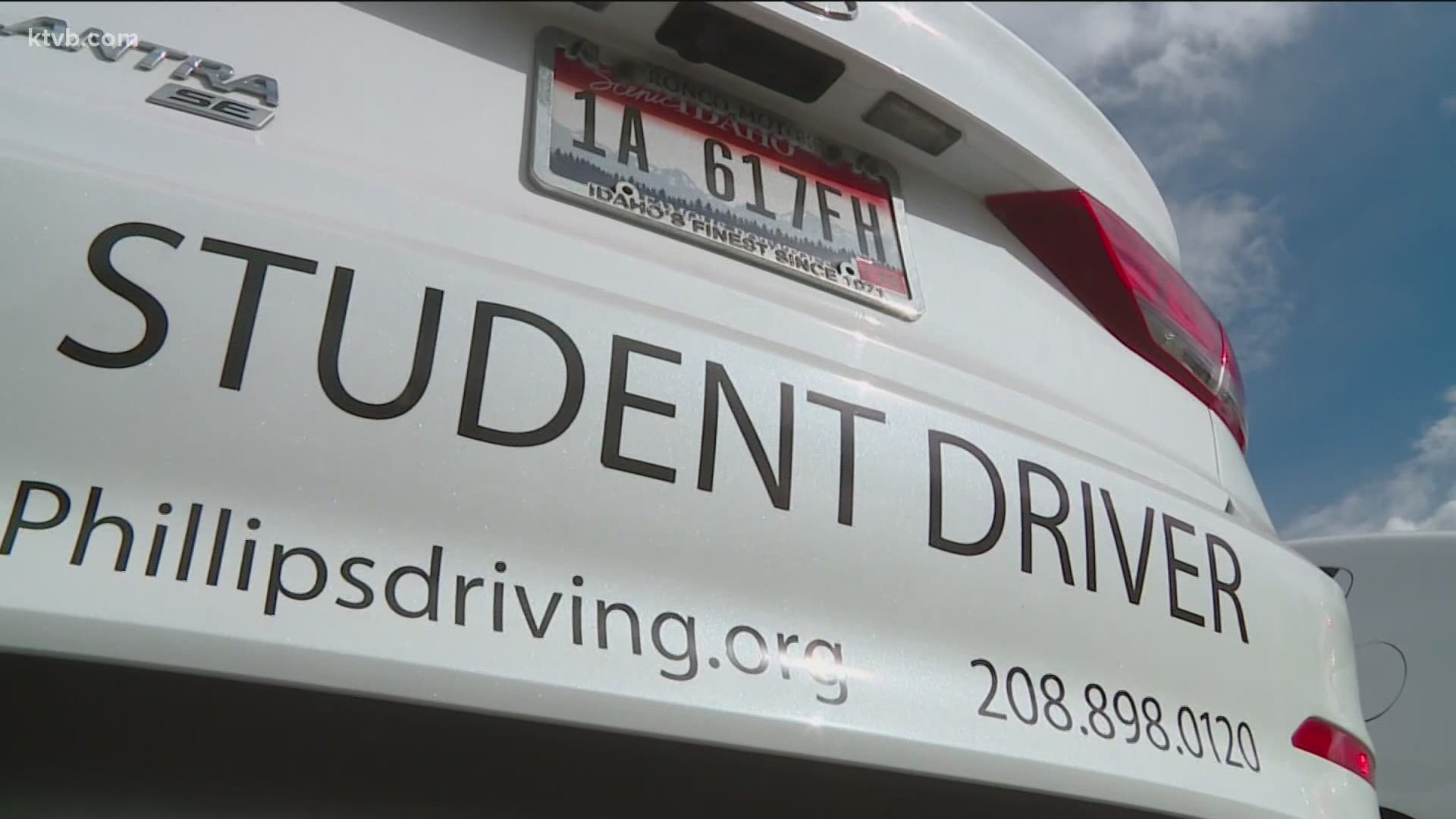 BOISE, Idaho — The rules of the road, for many Idahoans, were learned by studying a driver's handbook and taking a mandatory driver's education class, usually while in high school.

A proposed bill in the Idaho House would remove the driver's ed class requirement, giving parents a choice on whether or not their child takes it.

If approved by the Legislature and signed into law by Gov. Brad Little, the bill would allow teens to apply for a learner's permit at age 14. They would still need at least 50 hours of supervised driving with a licensed parent or guardian who is 21 years or older.

Parents can opt-out of the driver's education class and oversee their children's driving training. The mandatory six-month learner's permit period would extend to two years. Drivers also won't be able to get their license until they turn 16 years old. Currently, a driver's license can be obtained at age 15.

“What it boils down to is, me personally, I would probably be a lot more picky about my daughter's driving than a drivers ed teacher might be because of my concern for her," said the bill's sponsor, Rep. Brandon Mitchell of Moscow. "It's not to say the teachers aren’t concerned for the kids."

By extending the learning period to two years, the bill would make the roads safer, according to Bonnie Voves, the driving force behind the bill.

“it actually gives more time to practice which would decrease fatalities and incidents,” Voves said. “There are actually 18 other states that do not have mandatory driver's ed and, for me, this was personal. I came to Idaho from Alaska and I had already been teaching my son driving, who was 14 then, to drive. He had already passed the written knowledge exam so he had memorized the whole DMV manual to pass that so he knew the rules of the road.”

But not everyone agrees with the idea of removing the driver's education requirement.

“It’s scary to me personally,” said Tonya Haustveit, owner of Phillips Driving School. “They're taking out the component of driver's education so they're basically saying any parent can teach any child to drive and it's fine. That's not the case. Not every parent can teach a student to drive.”

She explained that, as a driver's education business, all of their vehicles have a brake on the passenger side - for good reason. Driving instructors are also taught how to grab a wheel if need be.

“It's kind of a double-edged sword for us,” she said. “Do I think there are parents that can teach drivers education? 100%. But our instructors go through training. It's not just getting behind the wheel and saying ‘oh, you need to go here.’”

Mitchell said the bill would be a big benefit, particularly for rural communities where there may not be a driver's education class nearby.

“In the rural areas where they don't offer driver's ed class in high schools, you have to go outside the high school to get someone who may even be a 40-minute drive away from you and then the cost goes from about $125 to about $450 in a lot of cases,” Mitchell said.

He added that those areas also often don't have the staffing to keep up with the demand.

Haustveit disagrees though and said that Idaho is growing and with that growth comes more drivers, and traffic, and that needs to be taken into consideration.

“In a rural area, it's very different than a city setting so we can’t put laws based on the minority,” Haustveit said.

When it comes to the financial burden associated with driver’s education classes, Voves said it can sometimes impact how quickly a teen gets their license.

Haustveit told KTVB that her business has a contract with some schools, which makes driver's ed more affordable. At the end of the day, she said, driving is a lifelong skill, and you can’t put a price on safety.

As of Thursday, the bill was sent back to the House State Affairs Committee for adjustments. Rep. Mitchell said he's worried the Senate may not take it up, given that there is a push to adjourn sine die by the end of the month.