The legislature approved the new specialty plate during the last legislative session. 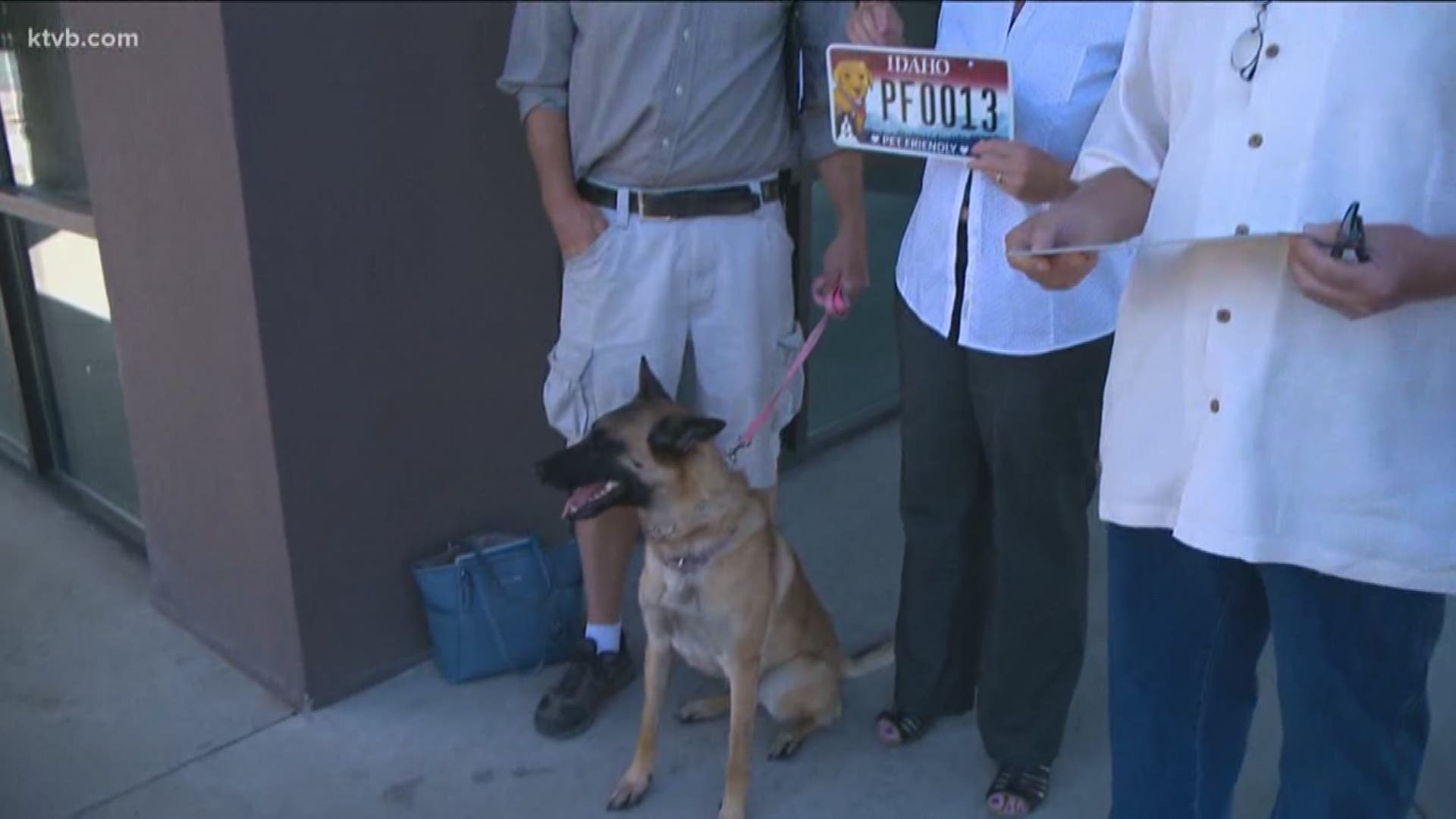 Lawmakers who sponsored the bill were among the first to purchase their license plates Monday.

Money from the sales will go toward spaying and neutering pets owned by low-income families. That's expected to help decrease pet overpopulation.

"We think that dogs, it's not their fault that they've been abandoned, the only thing that's proven to really work is spay and neuter - get them early enough so they don't just reproduce constantly," said former state Rep. Hy Kloc.

RELATED: Idaho ranked among top pet-friendly states in the nation

"It's been a little difficult for folks in communities, because we see that veterinarians do a lot of pro bono work, but they need to get paid for those services so they can do more animals, and this will allow people who may be struggling financially to be able to bring their pet in and get them spayed or neutered, instead of just saying 'we'll see what happens,'" said Rep. Melissa Wintrow, D-Boise.

The new specialty plates cost an extra $35 for the initial purchase and $25 extra for each annual registration.

The additional fees will go to a foundation which will be administered by the Idaho Humane Society.