A separate federal lands committee created by lawmakers in 2013 spent roughly $90,000 from the Legal Defense Fund for a private attorney. 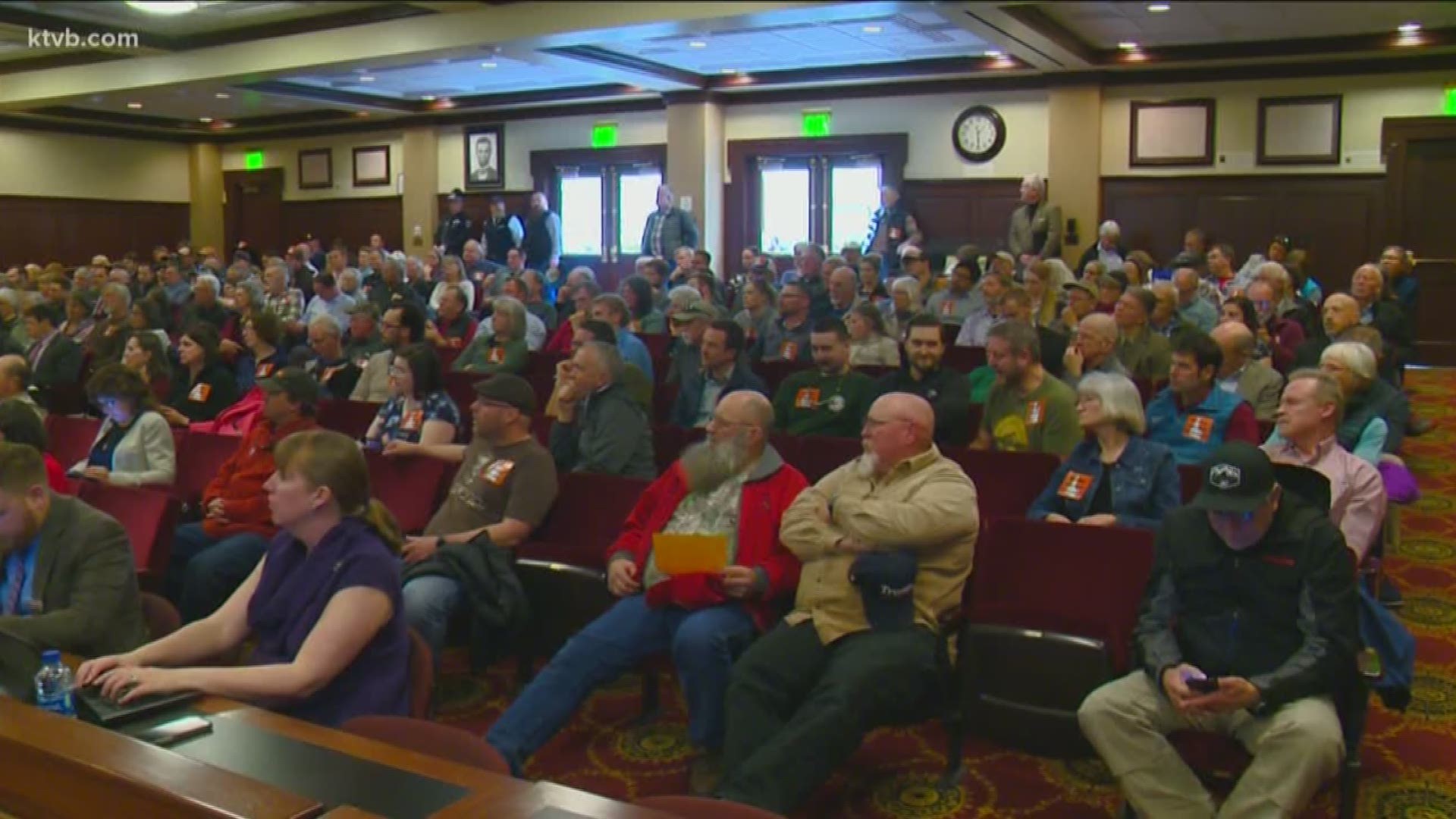 BOISE, Idaho — A bill that would create a legislative council on federal land issues has been sent to the full Senate for possible changes after a panel of lawmakers heard from a handful of citizens concerned by the proposal.

More than 200 people signed up Monday afternoon to testify before the Idaho Senate Resources and Environment Committee on the bill presented by Soda Springs Sen. Mark Harris. But, with a tight schedule and committee members expected to go to other meetings that afternoon, committee chairman Sen. Lee Heider, a Republican from Twin Falls, warned the attendees in advance that only three or four of them would likely get to speak on the bill.

Still, a show of hands showed nearly everyone in attendance was opposed to the legislation.

The bill would create a council made up of eight lawmakers — four each from the Senate and the House — to "monitor and review policies and issues associated with federal lands in the state of Idaho," and assist in the development and implementation of related legislation and "facilitate contracts" between the federal government and state or local governments, individuals or others.

Some feel the concept of an Idaho council on federal lands was presented as too broad, others though feel it is necessary for Idaho to get a larger say on public land issues.

"Facilitate seems to be a word that some people have got wound up about. Facilitate means to help," Harris said. "... The purpose of the council is to have a say in the way federal land is managed, to help Idahoans with their federal partners to facilitate grazing permits, mining permits, outfitter and guide permits."

Federal land policies have burdened Idaho counties by making it harder to have timber sales, retain mining or grazing permits or do other things to boost local economies, Harris said.

"We have had interim committee's in the past, we have lots of different boards and commissions, and ultimately we see this as growing government," Jonathan Oppenheimer, with the Idaho Conservation League, said. "If there is a desire to create a federal land council, if we do that, at a minimum, let's put a sunset clause in there."

Sen. Michelle Stennett, a Democrat from Ketchum, said the council could step on authority already granted to other state entities, like the Idaho Land Board, and that could raise constitutional concerns.

Harris said any of those issues could be handled by an attorney, paid for by the Legislative Legal Defense Fund. That's a taxpayer-funded pot of money created several years ago so the legislature could hire private attorneys to represent the state in legal matters, rather than using the Idaho Attorney General's office.

But that expense isn't included in the fiscal statement attached to the bill, Harris said, which only listed between $10,000 and $15,000 for the basic cost of running the council.

A separate federal lands committee created by lawmakers in 2013 spent roughly $90,000 from the Legal Defense Fund for a private attorney, Stennett noted.

TRENDING: Gov. Little: Climate change is real, must be reversed

James Caswell, the former director of the Department of the Interior's Bureau of Land Management and a longtime Idaho resident, was among those who testified against the bill.

"I can't speak to the motive, and I can't speak to the perceived need. But as drafted this bill is not good public policy — it's vague, has no clear purpose, is open-ended ... duplicative and redundant," Caswell said. "The one thing I do think this bill does is it will grow government, and I don't think we need any more government."

The committee voted unanimously to send the bill to the Senate for possible amendments.