The sales tax increase would go towards education and it would eliminate school district supplemental levies. 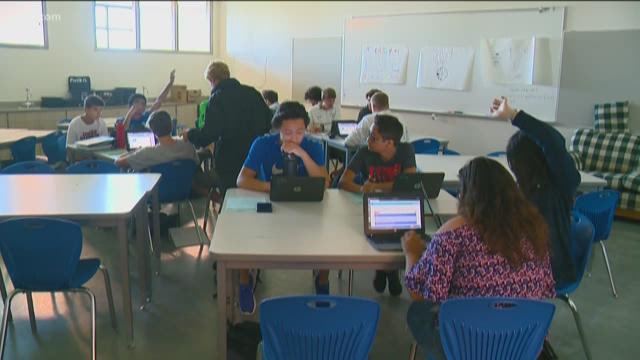 BOISE, Idaho — Taxes and school funding go hand in hand, it's how Idaho brings in money to pay for what accounts for half of the state's yearly spending. For almost 14 years, the state of Idaho has sat on a 6% sales tax, but now Sen. Jim Rice, a Republican from Caldwell, is considering a 1% increase.

The hope is the generated revenue would eliminate school district levies.

"What's going on is property taxes are rising faster than people can keep up with,” Rice said. “It's damaging people, it is creating circumstances where people can be taxed out of their homes, especially senior citizens.”

The increase would generate roughly $250 million for school districts across Idaho each year. This revenue would go towards the schools, and instead of the districts running supplemental levies, their needs would be funded by this increase.

“We have to look at the whole situation and one piece of that is supplemental levies for schools,” Rice said.

The purpose is to reduce property taxes without cutting funding from education. Currently, levies are a tool school districts can use to fund a variety of things like operational costs, teacher salaries, and more.

There are more than 100 school districts across Idaho. All of them would get a share of the estimated $250 million the sales tax increase would generate.
“It moves towards a new system that is more uniform in funding public schools too,” Rice said.

It’s a proposal that is generating quite a buzz in the statehouse.

Sen. Jeff Agenbroad (R-Nampa) sits on the Joint-Finance appropriations committee and is the vice-chairman for the Commerce & Human Resources Committee released a statement on the proposal.

Read his statement below:

“I applaud Senator Rice, as Chairman of the Senate Local Government and Taxation Committee, for starting a much-needed conversation and taking a comprehensive look at our taxing structure. While I am taken aback by any sales tax increase, I do like the idea of an increase coming with significant property tax relief, which Idahoans desperately need. I have not seen the specific legislation and it is too early in the process for me to support or oppose this idea. However, I’ll continue to stay open-minded about comprehensive property tax relief and pursuing ways to get the most out of every taxpayer dollar we spend.”

It's a similar statement to what Republican leadership in the House said. It’s too early to tell if it will be supported or not because they’re expecting several bills this session to try and address the property tax issue in Idaho.

“Idahoans need a property tax cut. The legislation proposed by Senator Rice would use a sales tax increase to permanently eliminate supplemental levies for school districts. The bill is an interesting idea but we need to be sure that legislative funding will continue at a level sufficient so that supplemental levies are never needed or missed. Unfortunately, the legislature does not have a good track record of adequately funding Idaho schools. The legal assurances that Idaho schools need to be adequately funded need to be ironclad.”

KTVB also reached out to the Boise and West Ada School Districts to see what the two districts thought about it.

A spokesperson for the Boise school district said until they see actual legislation, they won’t be able to comment on the viability of such legislation.

West Ada has not replied to a request for comment at the time this article was published.

RELATED: 'What a privilege and an honor': Longtime Meridian mayor says goodbye as new leadership takes over