If Powerball disappears from Idaho, schools will lose more than $9 million per year

Idahoans can still play Powerball in the Gem State, but as things stand, the Powerball will disappear from Idaho in August. 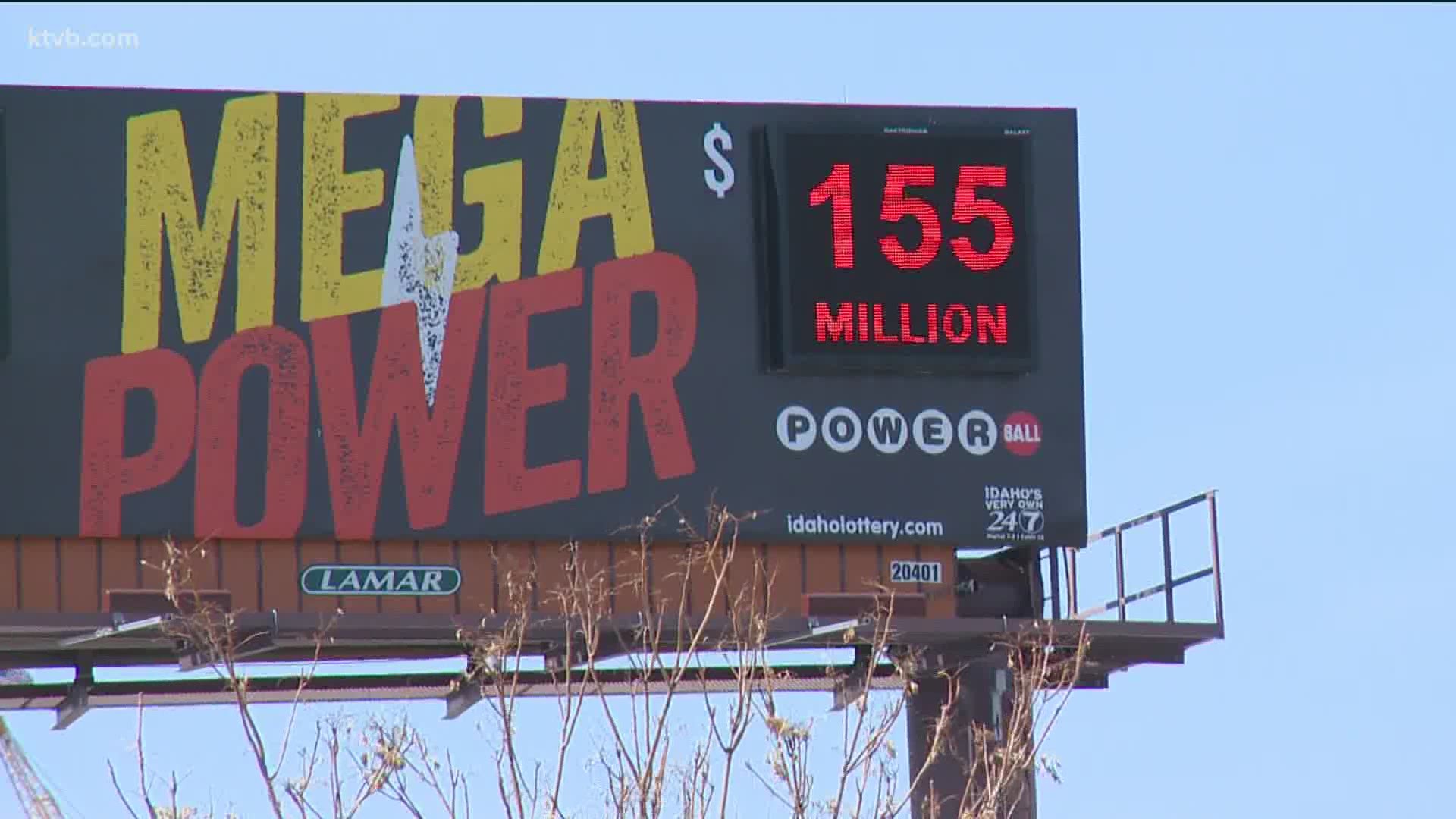 BOISE, Idaho — For every $2 spent on a Powerball ticket in the Gem State, a portion goes to Idaho public schools.

However, after Wednesday’s House State Affairs Committee vote, the fate of Powerball in Idaho and the revenue that goes to Idaho schools are anybody's guess, just like the winning numbers for the popular big-money lottery game.

“It is concerning," said Idaho Superintendent of Public Instruction Sherri Ybarra. "Where will that revenue stream come from moving forward if this is not reconsidered?”

In a 10-to-4 vote, lawmakers rejected House Bill 72, which would keep Powerball in Idaho. Current Idaho law allows lotteries played only by people in the United States and Canada, but Powerball is expanding to Australia and the United Kingdom.

“It impacts the schools, so anything that impacts schools is going to concern me,” Ybarra said.

She told KTVB that if Powerball is discontinued in Idaho, the estimated impact to state revenue would be upwards of $15 million per year. Of that, more than $9 million goes to schools.

“The loss to schools would be approximately $9.4 million and schools typically use that money primarily for maintenance and repairs on student-occupied buildings,” Ybarra said. “So, it's really around safety as well to schools and districts.”

Ybarra added that there's also a statewide match requirement that's largely met with lottery dollars and will have to come from the general fund if the bill is not reconsidered.

“Having consistent funds for our students and allow districts to use those funds - they already have a limited revenue source - is so important as we move forward and I’m very hopeful that the Legislature will reconsider the negative impacts to education for the state of Idaho,” Ybarra said.

Now those who play the game and those impacted by the game, wait and hope Idaho lawmakers will give the game another chance.

“I will do whatever I can to help,” Ybarra said.

Idahoans can still play Powerball in the Gem State.

As things stand, the Powerball will disappear from Idaho in August, but on Wednesday the Idaho Lottery told KTVB they are still working with the Legislature to find an alternative path to ensure Powerball stays in the Gem State.

Among the concerns lawmakers had when it came to HB 72: Who would run Powerball if international countries are involved; the size of the jackpot and chances of winning; and who would get the income tax if someone won the jackpot in another country.