The vote defies the federal law signed by President Trump in December that is already in effect nationwide.

BOISE, Idaho — Legislation to raise the smoking age in Idaho law to 21 — matching the law that Congress passed and President Trump signed in December, and that’s already in effect nationwide — failed in the Idaho Senate Thursday on a 10-22 vote.

Sen. Fred Martin, R-Boise, told the Senate, “This is simply to clarify Idaho law complies with the federal law.” He recounted statistics on lives saved when the drinking age was raised to 21, and said that will happen with the smoking age as well.

“If a person can make it to their 21st birthday without becoming addicted to tobacco, they are much more likely to live their entire life tobacco-free,” he said.

Martin said he’s been to many Idaho stores that already have signs posted, noting the new nationwide smoking age of 21.

“I think this is good for the state of Idaho,” he said.

RELATED: FDA raises minimum age to purchase tobacco from 18 to 21

Sen. Jim Rice, R-Caldwell, spoke out against the bill. “I personally don’t like the use of tobacco products. Nicotine is highly addictive,” he said. “But what this does that I’m not comfortable with is it creates a new crime in state law for individuals 18-21. … I think that we don’t have to go and make a state crime for everything that the federal government changes the age on.”

Sen. Grant Burgoyne, D-Boise, also argued against the bill. “I cannot vote for this legislation,” he said. “We are criminalizing the victim’s conduct in Idaho law.”

He said it’s not the young adults, but the tobacco industry that’s at fault.

Martin said the fine for a first offense is $17.50. He said he believed the bill would have more impact on the citizens of Idaho “than anything else we can do.”

RELATED: Idaho retailers in limbo after FDA raises minimum age to purchase tobacco products from 18 to 21 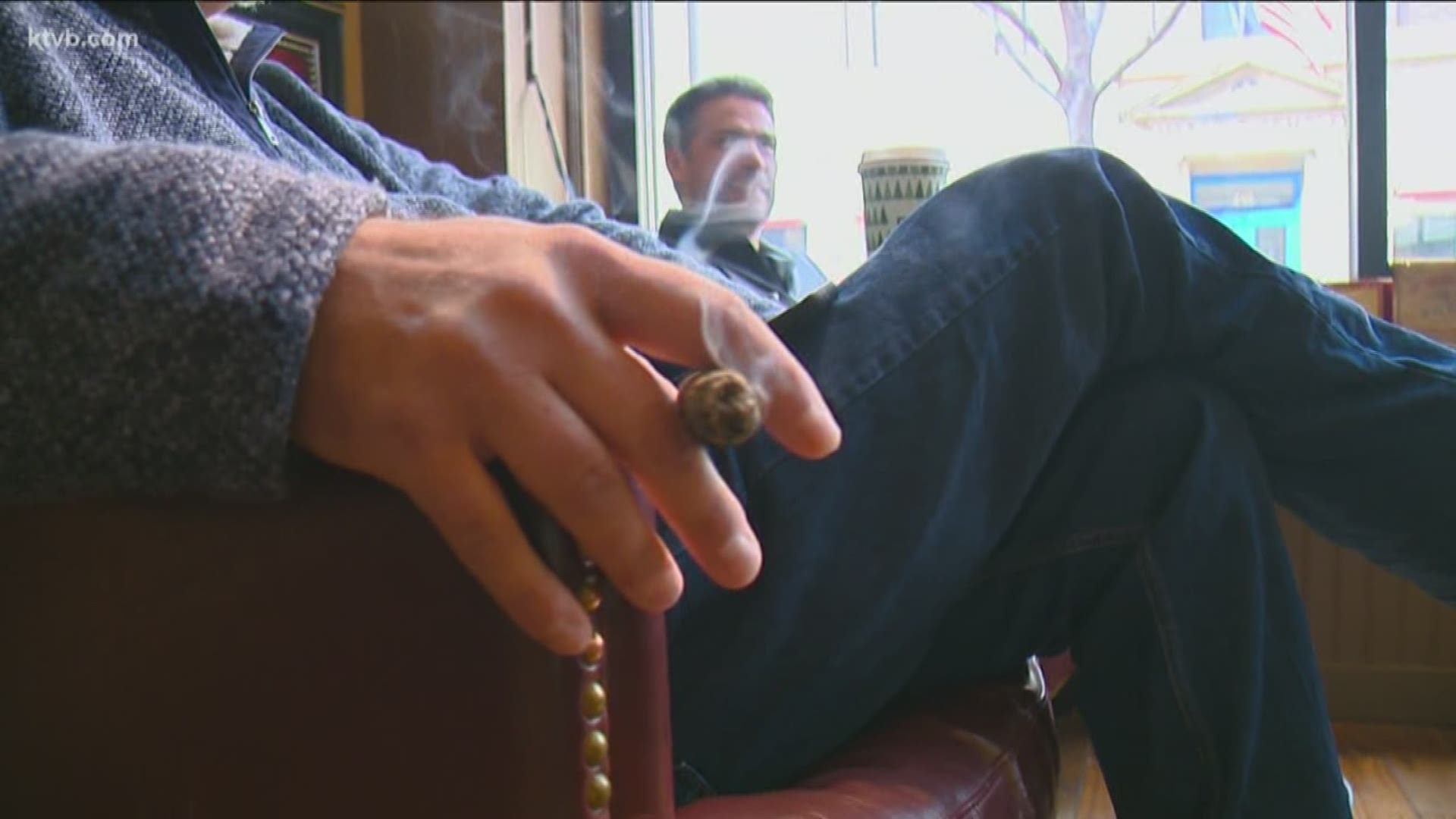 Sen. Mary Souza, R-Coeur d’Alene, said though she’s seen the “devastation” of smoking as a cardiac nurse, “I think at 18 years old people need to be making their decisions for their own lives and being responsible for the consequences.”

Sen. Janie Ward-Engelking, D-Boise, said, “We need a more comprehensive bill that deals with vaping. We need to stop online sales from our vaping products, because that’s how our young people get the product.” She said she didn’t see those items in the bill, SB 1308, so she voted against it. A more far-reaching regulatory bill regarding vaping is pending in the House, but its latest version has not as yet had a committee hearing, and it leaves the age at 18.