The facility would be replaced by a new veterans home to be constructed on the HP campus in West Boise.

BOISE, Idaho — The Idaho State Veterans Home in downtown Boise — the state’s largest skilled nursing facility — would be replaced by a new veterans home to be constructed on the HP campus in West Boise, under a resolution that won unanimous support from the Idaho Senate on Wednesday, according to the Idaho Press.

The resolution, SCR 124, backs a state application for a federal grant to build the new veterans home, the first step in the multiyear process to build the new $107 million facility. Marv Hagedorn, Idaho state Veterans Services director, said the earliest the new facility could open would be in 2024; the federal government would pay 70% of the construction cost.

The state now owns the HP campus on Chinden Boulevard; it purchased it from the tech company to become a new state government center, and several state agencies already have moved their offices there. HP also continues to occupy part of the site, paying rent to the state.

Idaho operates state veterans homes in Boise, Lewiston and Pocatello, with the 56-year-old Boise facility the largest at 158 beds. Under VA regulations, the replacement facility would have the same bed count.

“It’s essentially at the end of its useful life,” Sen. Todd Lakey, R-Nampa, told the Senate. “There are ongoing maintenance and technical issues, health issues at that facility — they can no longer get parts for elevators. So we are in need of a new facility that can meet current standards regarding the health of our veterans that are housed in that facility.”

Lakey said the plan is to build the new facility on a 21-acre site at the Chinden complex that’s currently a hay field on the back side of the campus. There’s an existing nursing home across the street. That means the infrastructure for first responder access is already in place.

Hagedorn said, “It’s the perfect spot for us.”

The project may also include construction of a day facility, either at the Chinden site or at the current downtown site, Lakey said.

The current state veterans home building would be leased to the U.S. Department of Veterans Affairs for office space, but not a health care facility. 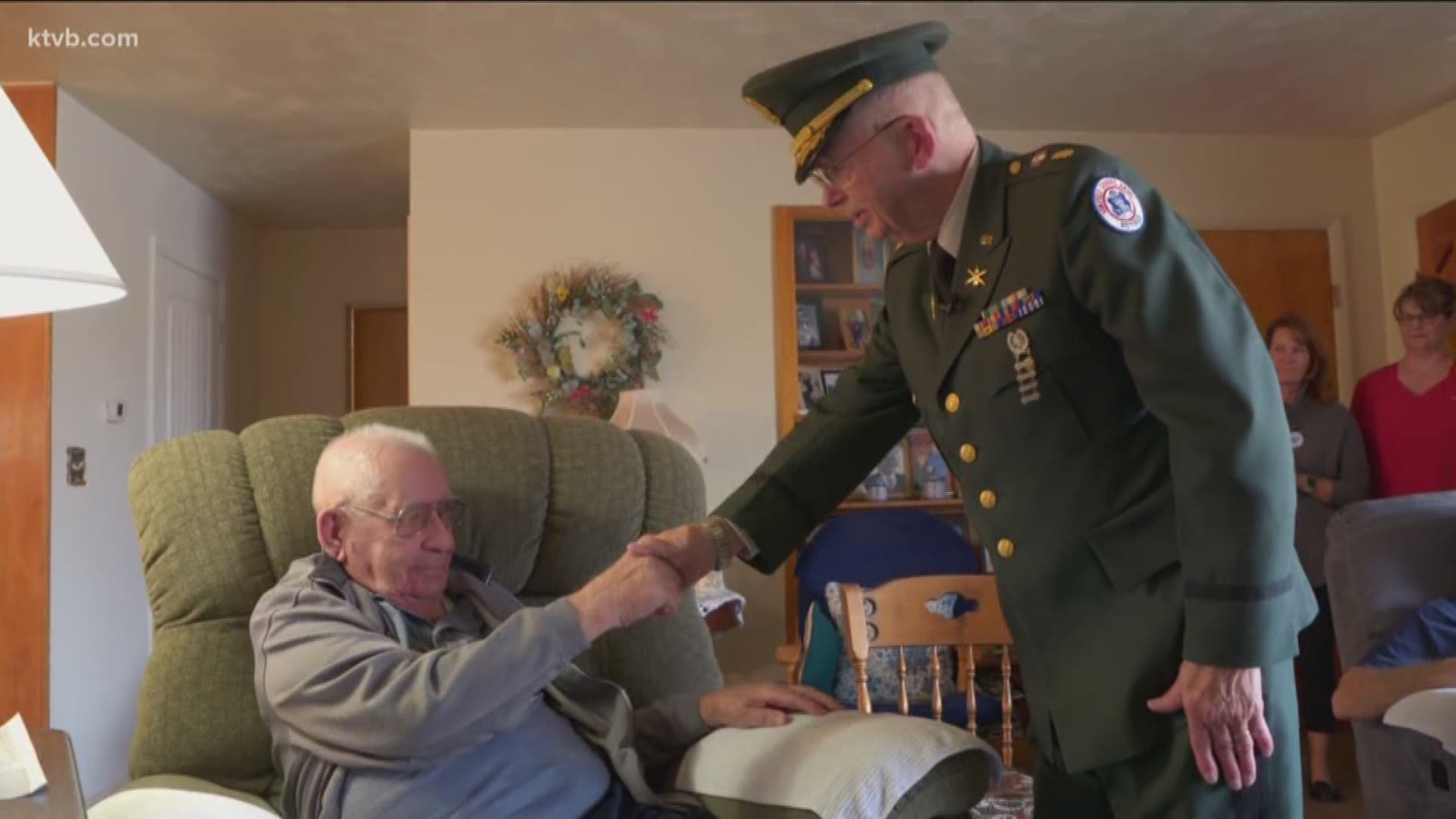 Hagedorn said the process to qualify for the federal grant funding takes several years; the legislative resolution is the first step. SCR 124 now moves to the House.

The plan anticipates issuing bonds through the Idaho State Building Authority for up to $38 million in matching funds for the grant, but that decision would be made by lawmakers in a future year.

“As you know, interest rates are low, construction costs continue to rise — it’s the right time to pursue that,” Lakey told the Senate. “This simply allows us to apply for the grant.”