Idaho Republican lawmaker targeted over a bill that 'doesn't exist'

Rep. Megan Blanksma says she was targeted with nasty emails and phone calls because of a bill she says doesn't exist. 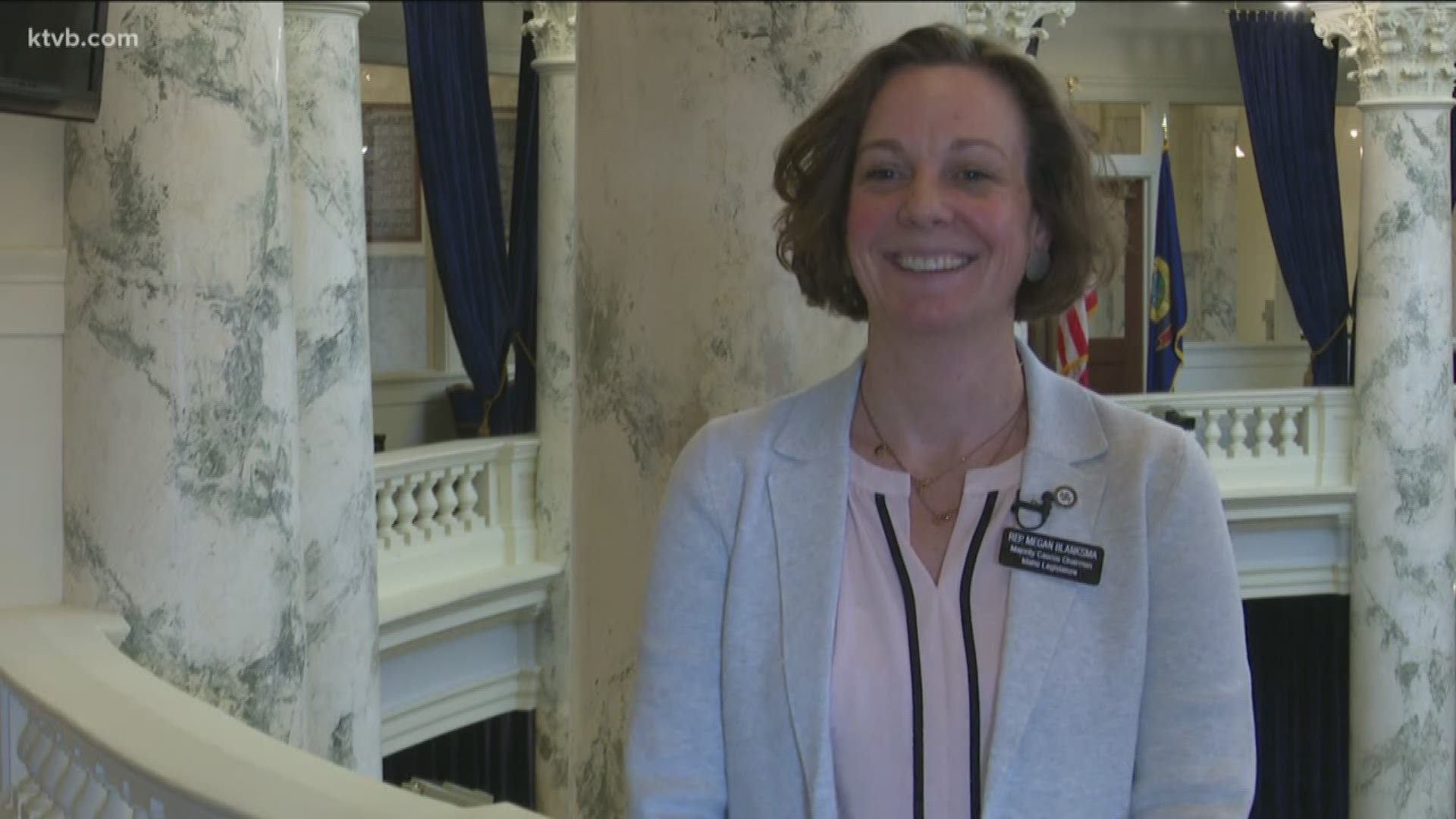 BOISE, Idaho — To wrap up week one of the 2020 legislative session, one House Republican says she is dealing with a citizen group that is manufacturing lies about her and about policies they falsely claim.

The topic of all of this, Medicaid expansion and how the cost will be covered. The conversation began after Governor Little’s State of the State address he said in part, “I am asking the counties to bring the offsets in their budgets to the table, as Medicaid Expansion begins to pay for services the counties used to cover.”

That led to a petition being started online called "Say no to the Blanksma Tax."

Reclaim Idaho wrote in part in their petition, "Representative Megan Blanksma proposed a cynical new tax-hike that would force Idaho property taxpayers to foot the bill for Medicaid Expansion."

So KTVB asked State Rep. Blanksma, are you working on a county tax hike to pay for Medicaid?

"No, there is nothing. That's what is so frustrating about it," Blanksma responded.

Alright, so how did we get here? Blanksma says she doesn’t really know.

There has been talk about the counties kicking in money to help pay for Medicaid, but not in the form of a new or raised tax.

The implementation of Medicaid helped counties save money on areas they used to pay for, like a fund for emergency medical costs. Now that, that money is free, some argue why not just help pay for Medicaid?

Democratic Sen. Maryanne Jordan explains why she isn’t a fan of the idea.

"We wanted to go a year and collect enough data to make sure we weren't just randomly choosing numbers  and we also wanted to make sure that the needs that still exist in county, that there are resources to pay for those," Jordan said.

Overall, Sen. Jordan doesn't think counties should have to kick in money for Medicaid because it's a state expense.

She does, however, agree with Rep. Blanksma on something though - civility.

"We need to dial down the rhetoric piece of this thing," Jordan said.

Rep. Blanksma says she and her family were exposed to attacks after the Reclaim Idaho Petition was posted.

"I only really started to get frustrated about it when my family was starting to see the vitriol that was coming off of it, over something that doesn't exist," Blanksma said "Some pretty nasty emails, some pretty nasty phone calls."

Blanksma adds, again, it is very early in the session, and there aren't any bills that are even on the table.

"We can have that debate then, I think it's important we wait until we have something to talk about instead of creating something that fires everyone up," Blanksma said.