There will be a six-month grace period for lawbreakers. After that, citations start at $75 and go up from there. 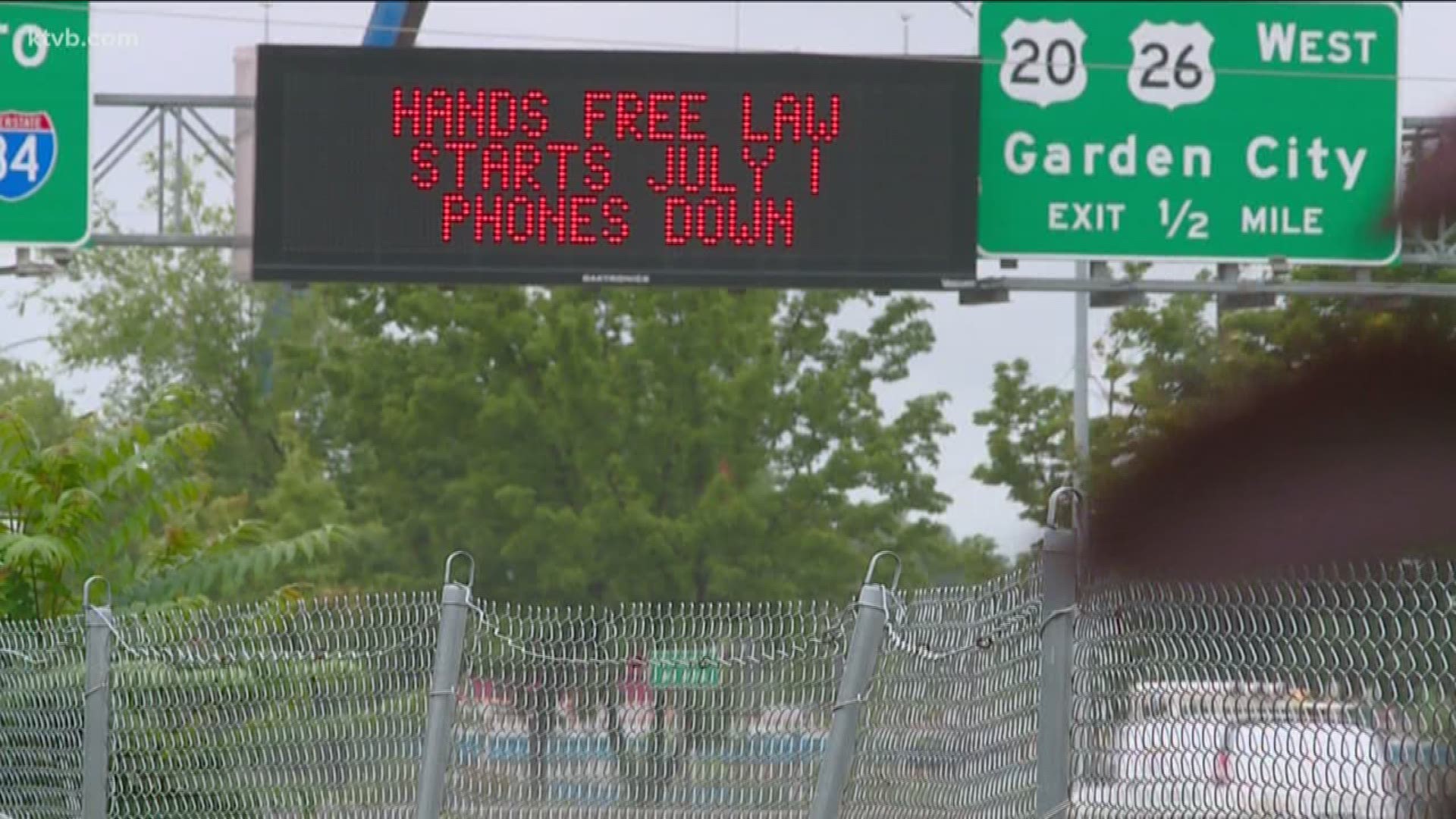 BOISE, Idaho — Starting Wednesday, July 1, it will be against the law in Idaho for drivers to use handheld devices - such as phones.

That includes time spent at traffic lights and stop signs.

Drivers in Boise, Meridian, Pocatello, Ketchum and Idaho Falls already have hands-free ordinances on the books. Those ordinances are now superseded by the new state law, which applies to all drivers in Idaho.

According to the Office of Highway Safety, the new law is about increasing driver awareness and reducing fatal crashes.

"We've had 73 fatalities, and during the 100 deadliest days [between Memorial Day and Labor Day] we're at 23 fatalities," said John Tomlinson, highway safety manager. "That's 73 too many lives lost on Idaho roads."

While drivers will no longer be able to touch their phones while on the road, they can instead use voice commands to activate GPS, answer a call or send a text.

Handheld use of phones is only allowed if the car is parked and off the road.

The Meridian Police Department told KTVB that officers have issued 236 warnings to distracted drivers since their law took effect in October.

Traffic safety experts hope the statewide law will cut down on avoidable accidents.

"This law requires us to keep our hands on the wheel and eyes on the road, and gives us the best shot at moving forward safely," said Matthew Condee, spokesman for AAA Idaho.

For the next six months, police officers across the state will be issuing warnings to drivers using their phones. They will present violators with a pamphlet and educate them on the dangers of distracted driving.

RELATED: Boise bans use of hand-held devices while driving