In a blistering statement, McGeachin blasted lawmakers and said the Joint Finance-Appropriations Committee “chose to kneecap” her office's budget. 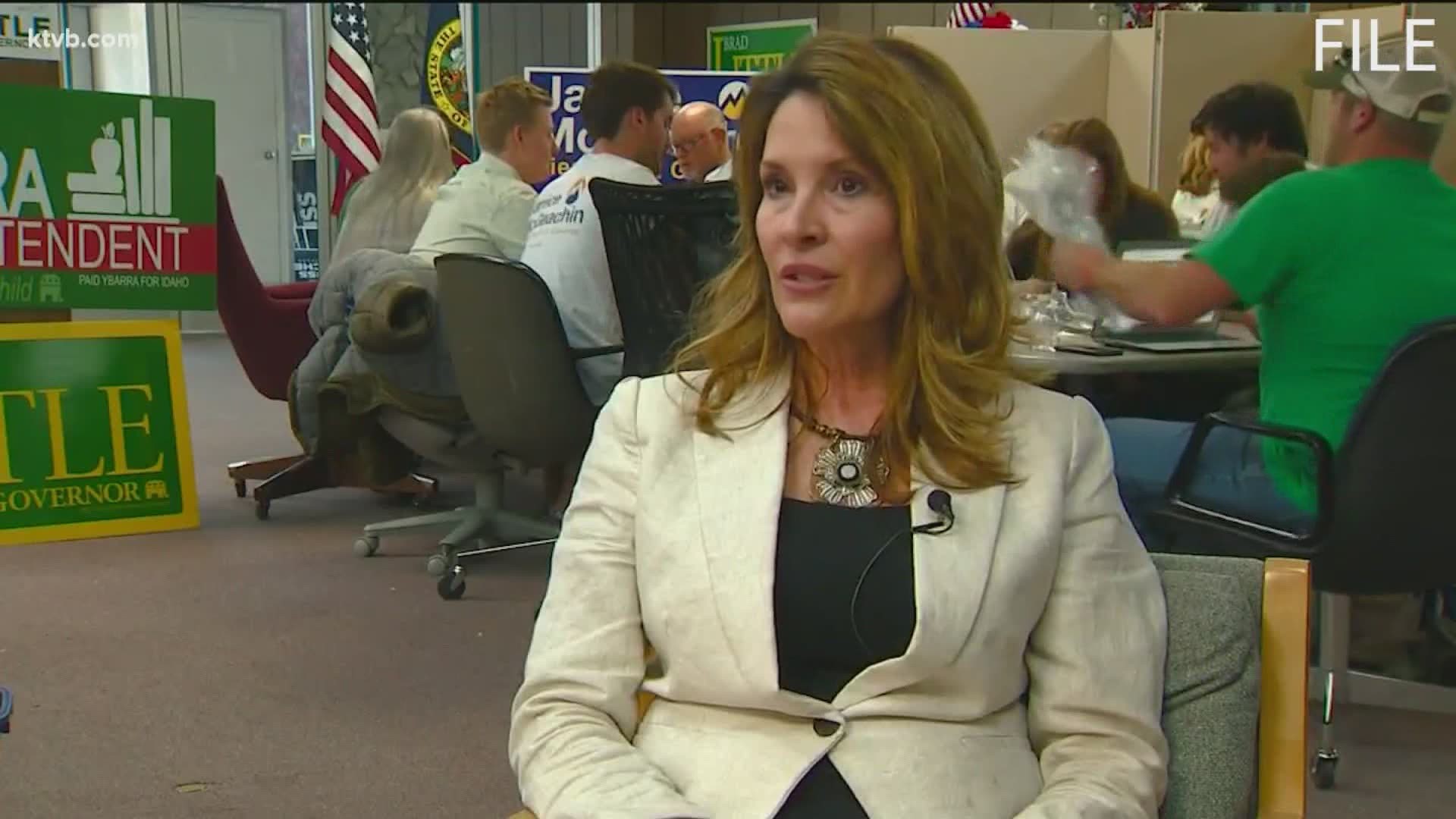 BOISE, Idaho — This story was originally published in the Idaho Press.

The Legislature’s joint budget committee on Tuesday sliced a long-vacant full-time position and $17,400 out of Lt. Gov. Janice McGeachin’s budget for next year, after she told the panel at a January budget hearing that it was up to lawmakers whether the position stayed in her budget or not.

The move sparked protest from Rep. Ron Nate, R-Rexburg, who said the position has since been filled and that his alternate budget motion, to keep the funding and the position in the budget, “would not require firing anyone.”

According to state records, the lieutenant governor’s office hired a part-time administrative assistant on Feb. 22, one of two shown in her office, and also still continued to pay for a contract with Idaho Freedom Foundation analyst Parrish Miller for information technology services at $800 a month. The most recent payments to Miller, two for $800 each, were made Feb. 11, according to the state’s Transparent Idaho financial transparency website.

McGeachin's budget this year is $182,100; the newly set budget for her office for next year is $165,700, all in state general funds; that reflects a 9% cut from the current year. The budget is for the fiscal year that starts July 1; it doesn't affect her office spending for this year, and still includes funds to cover part-time help and contracts both this year and next year.

The budget motion passed on a bipartisan 13-6 vote in the joint committee, with nine Republicans and four Democrats supporting it and six Republicans voting “no.”

Rep. Scott Syme, R-Caldwell, who proposed the budget for the office that included the cut, said afterward, “I didn’t realize there would be any problem with cutting the lieutenant governor’s budget, because she’s very conservative and she hadn’t filled the position.” He said he offered her that option prior to crafting the budget in mid-February.

McGeachin on Tuesday afternoon released a letter dated Feb. 16 addressed to Syme saying she’d used the funding for the vacant position for “occasional administrative support,” which she said “has been necessary during busy times such as the legislative session and when working on special projects, such as chairing the Regional Government Efficiency Committee.”

Syme said, “The amount of money that was taken back was the amount she reverted last year, so it wasn’t money that she used. So I thought it would be good for the lieutenant governor’s image to show that she’s cutting the budget.”

Nate and Rep. Priscilla Giddings, R-White Bird, offered two separate motions to try to head off the cut, each just $100 different from the other. But their amended substitute motion failed on a 3-16 vote with just Rep. Wendy Horman, R-Idaho Falls, joining them, before Syme’s motion, seconded by Sen. Peter Riggs, R-Coeur d’Alene, passed on a 13-6 vote.

Nate and Giddings declined to comment. Horman said, “I think the lieutenant governor needs staff to do her job, and just having one additional staff I think is insufficient.” The lieutenant governor’s budget this year includes just three full-time positions: Her own, her chief of staff’s, and the vacant position.

In her Feb. 16 letter, McGeachin wrote, “My chief of staff is in the process of interviewing prospective employees to enhance our ability to respond to the needs of constituents. I strongly believe constituent services is one of the most important duties of an elected official.”

Sen. Janie Ward-Engelking, D-Boise, said Tuesday of the vacant full-time position, “It hasn’t been filled for three years, and in our hearing she basically told Sen. (Jim) Woodward, well, do whatever you want.” Woodward had questioned McGeachin about the need to keep the position in her office budget.

“We look at every budget and try to scrutinize it and save every penny we can for the taxpayers,” Ward-Engelking said. “If she didn’t need it, we might as well remove it.”

Ward-Engelking raised questions about the contract with Miller during the January budget hearing. “I was concerned about the ethics of it,” she said then.

The Idaho Freedom Foundation is a nonprofit free-market “think tank” that’s heavily involved in advocating for legislation and public policy in Idaho, including lobbying the Legislature; the group’s website says it “exists to advance conservative principles.” It has an arm called “Idaho Freedom Action,” a 501(c)(4) nonprofit that is active in political campaigns. IFF lists Miller as its “Idaho Freedom Index Analyst.” The index is a rating of state legislators, scoring them on how well their voting records match the IFF’s agenda.

According to state records, Miller has been paid more than $23,000 by the lieutenant governor’s office since 2019.

Syme said he didn’t know anything about the contract with Miller.

“All I was looking at was … she hadn’t filled the position in the past three years,” he said. “Then in committee she said, ‘This is up to you guys.’ So we’re just doing what JFAC does.” 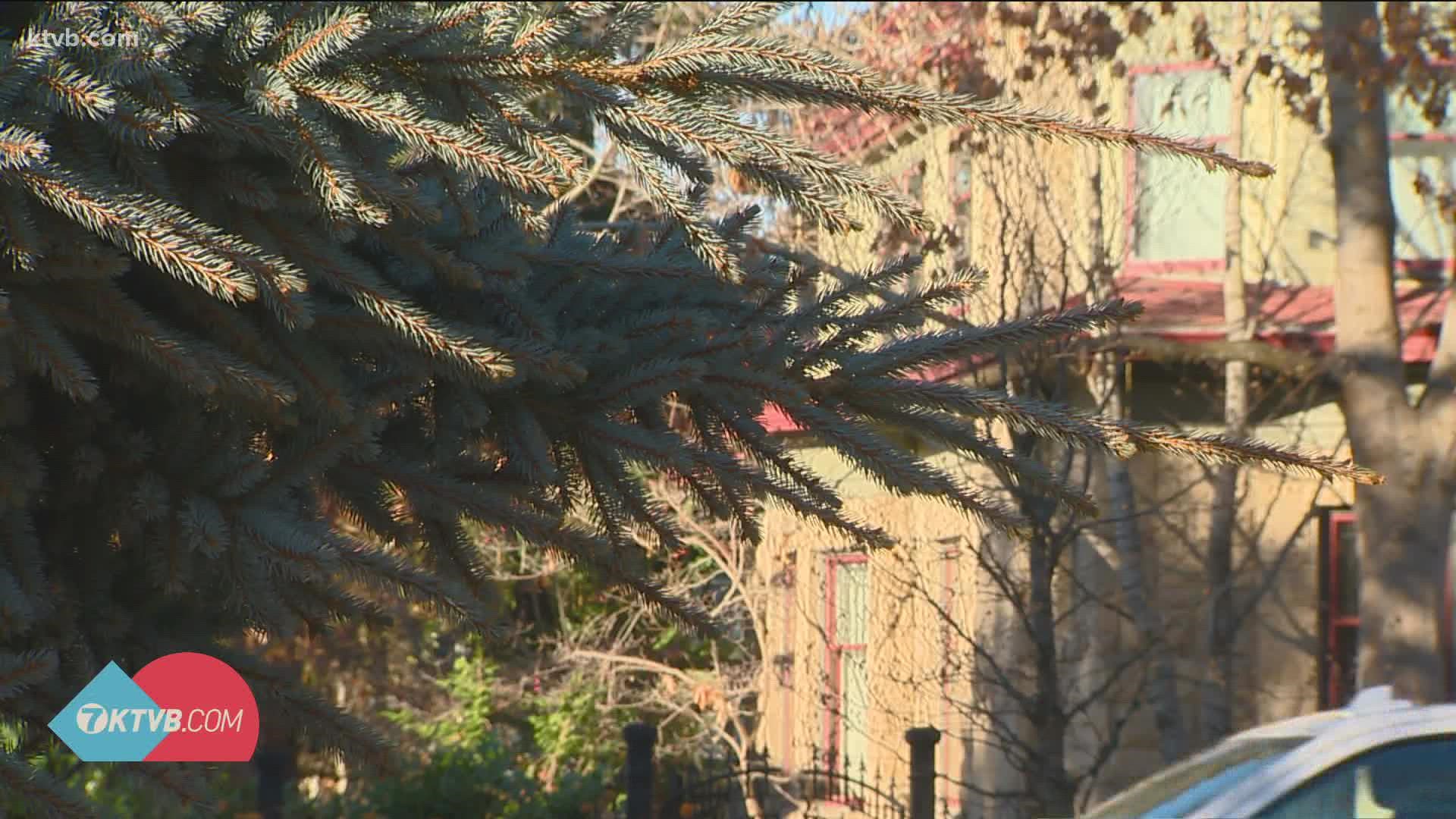