The federal government legalized industrial hemp, which has less than 0.3% THC, the psychoactive ingredient in marijuana, in the 2018 Farm Bill. 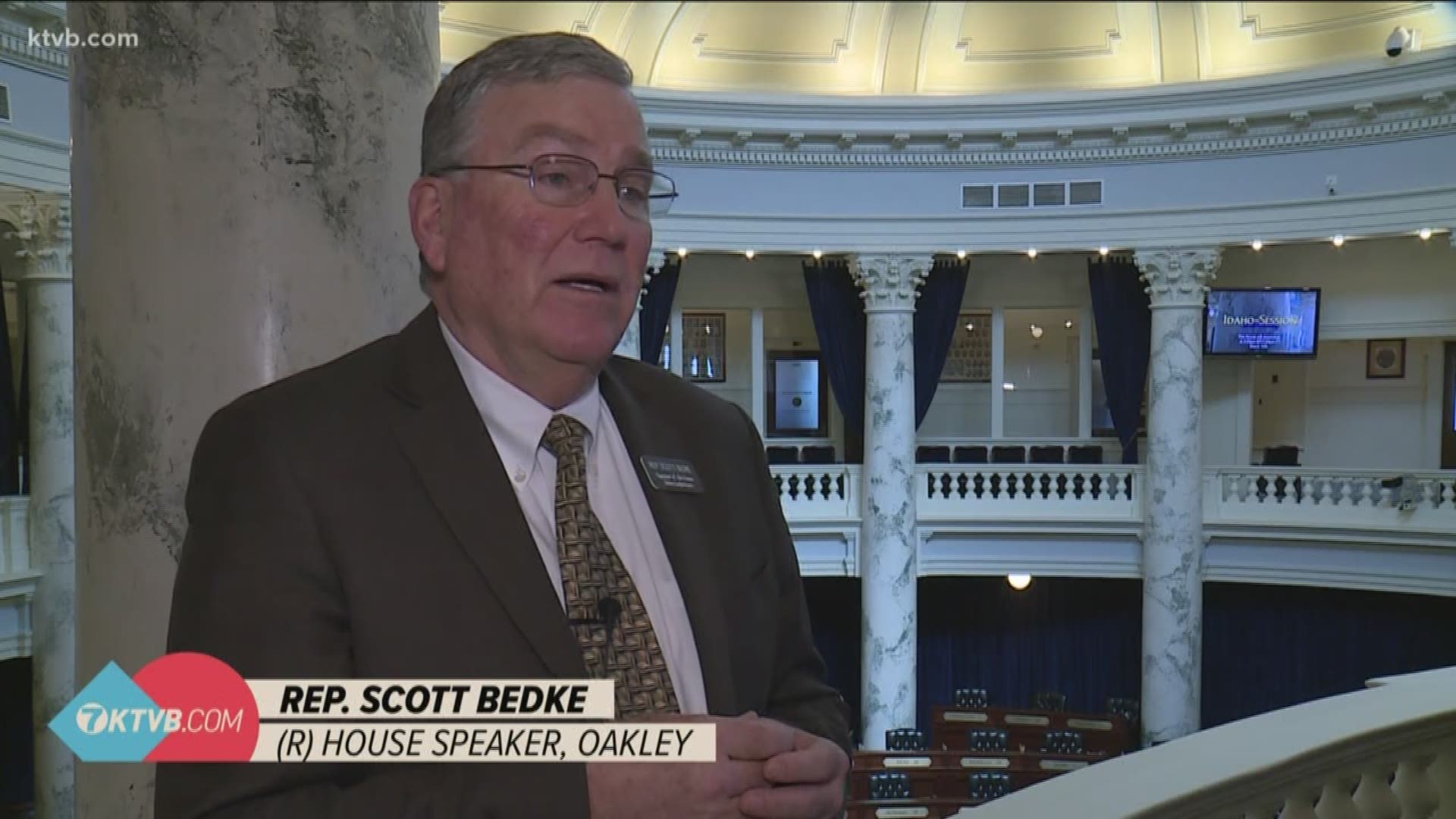 BOISE, Idaho — After two days of testimony, a House committee on Wednesday voted 8-7 to kill the Senate-passed legislation to legalize hemp farming and transportation in Idaho — leaving Idaho as one of just two states, along with Mississippi, with no legal industrial hemp.

The Idaho Press reports numerous Idaho farmers and farm groups spoke in favor of the bill, SB 1345, over the two days, as did the Ada County prosecutor’s office; those opposing it included retired law enforcement people and anti-marijuana activists who warned that the bill would open the door to the “marijuana-hemp culture” in Idaho.

Rep. Caroline Nilsson-Troy, R-Genesee, the bill’s lead sponsor, said in her closing comments, “I want to talk about the ‘marijuana-hemp culture.’ … You can go to Albertsons, you can buy hemp hearts, you can buy hemp milk … hemp lip balm … you can even buy hemp treats for your dog. Now you tell me how that equals a marijuana culture.”

Credit: Idaho Press
Rep. Caroline Nilsson Troy, R-Genesee, presents SB 1345, the bill to allow Idaho farmers to raise industrial hemp and to allow it to be legally transported through the state, to the House State Affairs Committee on Tuesday, March 10, 2020.

RELATED: Bill would make transportation of hemp without proper license a separate misdemeanor in Idaho

“I don’t think any of us have any intention of opening up Idaho to marijuana,” Troy declared. “We put so many sideboards on this bill, as I said, we could haul an elephant.”

State Affairs Committee Chairman Steven Harris, R-Meridian, originally called the bill dead based on a voice vote, but committee members, including House Assistant Majority Leader Jason Monks, R-Nampa, pressed for a division. Harris gave in, and the roll was called.

Those voting in favor of Rep. Vito Barbieri’s motion to hold the bill in committee were:

Those voting against it were:

There were three states that still hadn’t legalized industrial hemp until just this week, when South Dakota passed legislation and sent it to the state’s governor. Just Idaho and Mississippi remain.

Scott made a motion to put the bill up for amendments, saying she thought it should be expanded to allow more processing, not just farming and transportation.

“If we’re going to open up this market, let’s do it for everyone and just not a few farmers,” she said.

“Welcome to my world of Goldilocks, too hot, too cold,” Troy said. “It’s hard to find just right on this issue.”

Hartgen had made a motion to pass the bill as-is. Because Barbieri’s motion passed, neither of the other two was considered.

Green argued in favor of the bill.

“This is a bill that has had some significant compromise,” she said. “It’s got winners and losers on both sides, not everyone is happy. But it … really provides an opportunity for a new agricultural commodity to enter the market.”

Deputy Ada County Prosecutor Scott Bandy told the committee, “We are in support of this bill. … It does allow law enforcement to make that distinction between hemp and illegal marijuana.”

It was the Ada prosecutor’s office that charged three out-of-state truck drivers with marijuana trafficking after they drove loads of industrial hemp from other states through Idaho, because current Idaho law makes no distinction between industrial hemp and its psychoactive cousin, marijuana. Marijuana trafficking charges carry mandatory minimum prison terms. The truck drivers’ charges eventually were reduced.

The federal government legalized industrial hemp, which has less than 0.3% THC, the psychoactive ingredient in marijuana, in the 2018 Farm Bill.

When Troy was asked during the hearing what would happen if someone smoked hemp in an attempt to get high, she said, “It would be like smoking a bale of hay.”

More from our partner Idaho Press: After much debate, Senate passes amended version of House bill doubling shift of general funds to roads