Lawmakers are hoping to adjourn sine die on March 26. But there's still unfinished business - including property tax relief - to get to before they can go home. 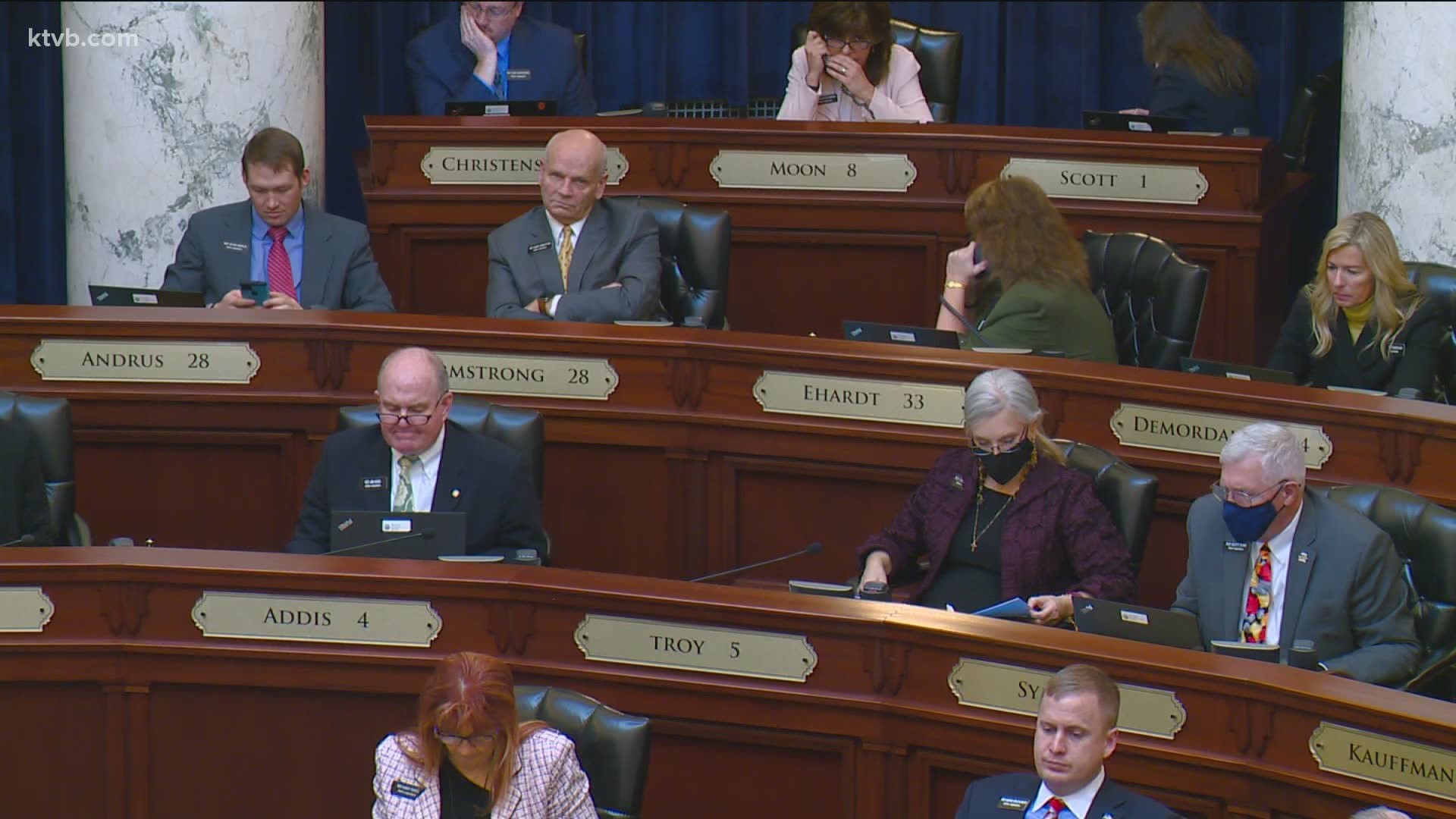 BOISE, Idaho — The 2021 Idaho legislative session is nearly two months in now and it has included many controversial proposals.

The main concern for many Republicans has been Gov. Brad Little's emergency powers. Democrats, on the other hand, feel like that issue is slowing down other work that they want to get done.

Top lawmakers in each chamber say the goal is to adjourn sine die at the end of March, but there's a whole lot left to be tackled before that can happen.

“We're pretty unhappy with how this session is unfolding," House Minority Leader Ilana Rubel said. "We think it is not a service to the people of Idaho."

The Boise lawmaker thinks so far, Republicans have been far too focused on grabbing power away from the governor, Attorney General Lawrence Wasden, local governments and the people.

She specifically pointed to the Senate bill that would make it more difficult to get a ballot initiative on the ballot in a general election.

“Nothing would ever get on the ballot again for all practical purposes,” Rubel said.

She told KTVB that she is working on a bipartisan measure that could benefit education.

“We are really pushing hard for full-day kindergarten,” she said. “That may happen, which I think would be a real triumph that would be the one really good thing that could come out of this session.”

The details of the kindergarten proposal are still being worked out.

On the other side of the aisle, Senate President Pro-Tem Chuck Winder said their focus is less about limiting the governor's emergency powers and more about balancing out those decisions.

“If you're going to restrict people, if you're going to pick potentially winners and losers of who gets to work and who doesn't, the Legislature should have the opportunity to weigh in on those decisions,” he said.

There's also another bill in the works that would allow the Legislature to call themselves back into a special session. Right now, only the governor can do that.

The Senate passed their version of a bill that would allow special sessions for certain topics if 60% of lawmakers agree to return.

“This is the way we want to go," Winder said. "We want some restrictions [on special sessions]. We don't want it as a free-for-all or a regular session."

However, Rubel said a lot of the Democrats' bills have been blocked by chairmen and have not been given hearings this session.

Republicans on the other hand are also focused on tax relief. Winder told KTVB they’re looking at the homeowner’s exemption formula to try and re-work it.

Winder also said Senate Republicans could aim to pass the circuit breaker again like they did last session. This could help senior citizens who are depending on a fixed income pay their property taxes.

The target date to go home is March 26.  However, with Congress passing this latest COVID-19 relief bill, the Idaho Legislature could do things a bit differently this year.

Instead of the traditional adjournment sine die in which lawmakers go home and don't return until January or for a special session, they would basically recess for a few weeks until the Legislature knows the federal guidelines on how to spend the stimulus money.

Idaho got more than $1 billion in 2020. The Legislature didn't have a say in how those funds were spent and they want to make sure that doesn't happen again.