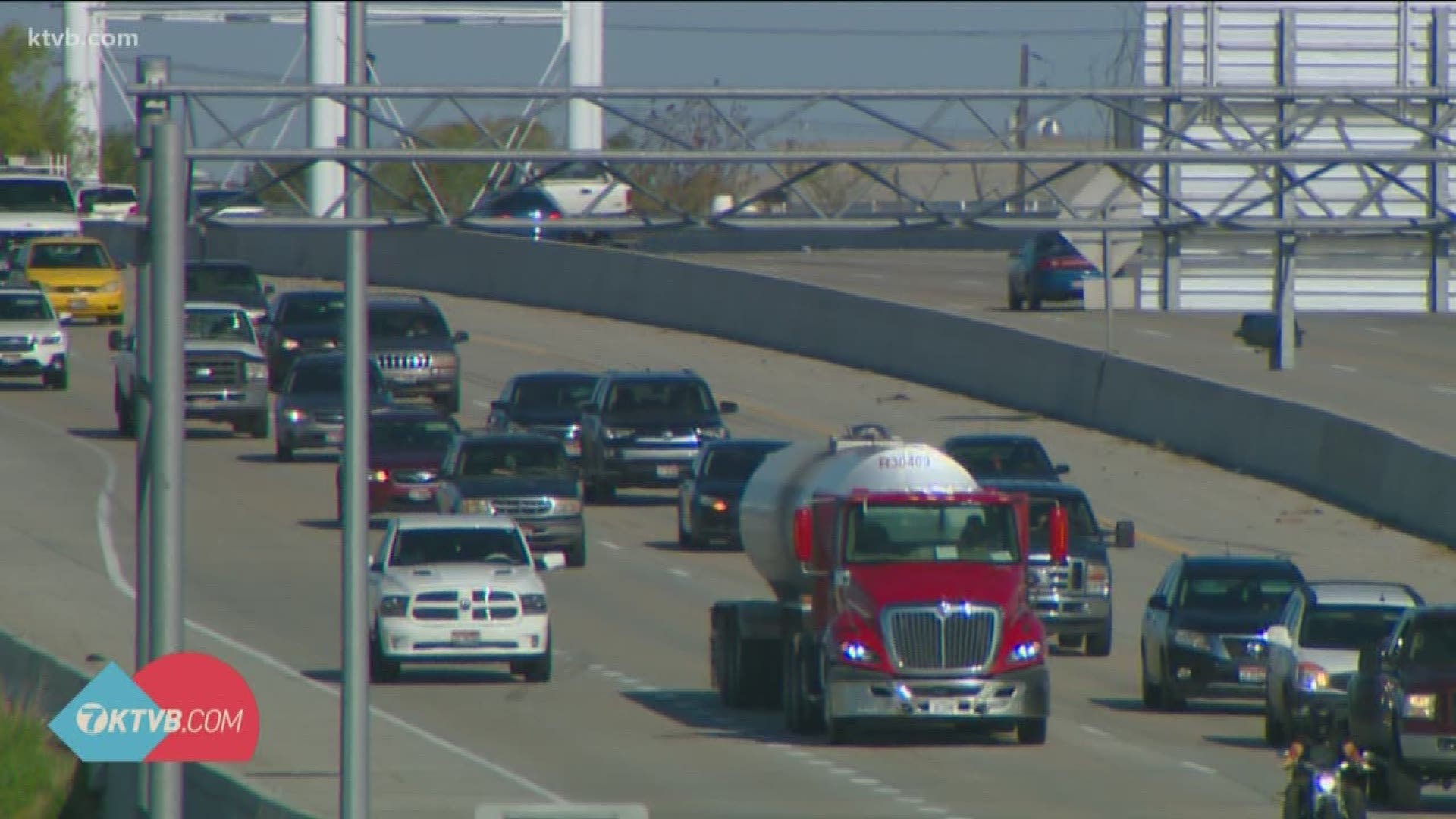 BOISE, Idaho — Have you ever complained about sitting in traffic?

It would distribute more state tax dollars specifically for traffic mitigation work across the state.

"It's constant, we're always trying to get more money for transportation, we have constant growth going on all the time," Palmer said.

Specifically, Palmer’s idea is to distribute 1% more of the state sales tax revenue to transportation.

"Currently the sales tax distribution formula already has one portion of it that goes to transportation and that's $18 million, all we are doing is doubling that amount, it doesn't change any of the tax, just how its distributed," Palmer said.

While other ideas to fund transportation have worked in the past, Palmer says some of those have run their course.

"The problem is that we rely so much on the gas tax, and cars get better mileage, so the gas tax continues to deplete," Palmer said. "It's not keeping up with the growth, so we had to do another funding mechanism."

RELATED: Proposed legislation would change how Idaho cities get sales tax dollars from the state

House Bill 325 would move that extra 1% of sales tax revenue from the general fund to transportation. It would be used by the Idaho Transportation Department for their Transportation Expansion and Congestion Mitigation (TECM) program and fund.

"So that money has to be spent toward mitigating traffic congestion," Palmer explained.

Not everyone agrees that the legislation is the right mechanism, including Rep. John Gannon of Boise.

Gannon agrees something needs to be done about transportation funding, but this, he argues, is not the way.

"Other sources of revenue for new growth need to be explored by this legislature such as impact fees," Gannon said.

He adds that plenty of money has gone to transportation, and there are other areas that need it too.

When it comes to those numbers, Gannon suggests looking at the Legislative Services Booklet.

"It shows the very, very significant amount of money has gone to roads, while education has lagged, especially K-12 in our rural areas," he said.

Palmer meanwhile says if you have ever sat in traffic, this is how his bill helps you.

"If they are sitting still, it's definitely going to help them if they are stuck in gridlock," he said. "If they are on a road that is too narrow for the traffic, they can widen that road out and move that traffic faster."

The bill has cleared the full House, and is now headed to the Senate, where it's expected to be taken up in committee soon.