Canyon County Sheriff Kieran Donahue testified in favor of the measure at Wednesday's committee hearing at the Statehouse. 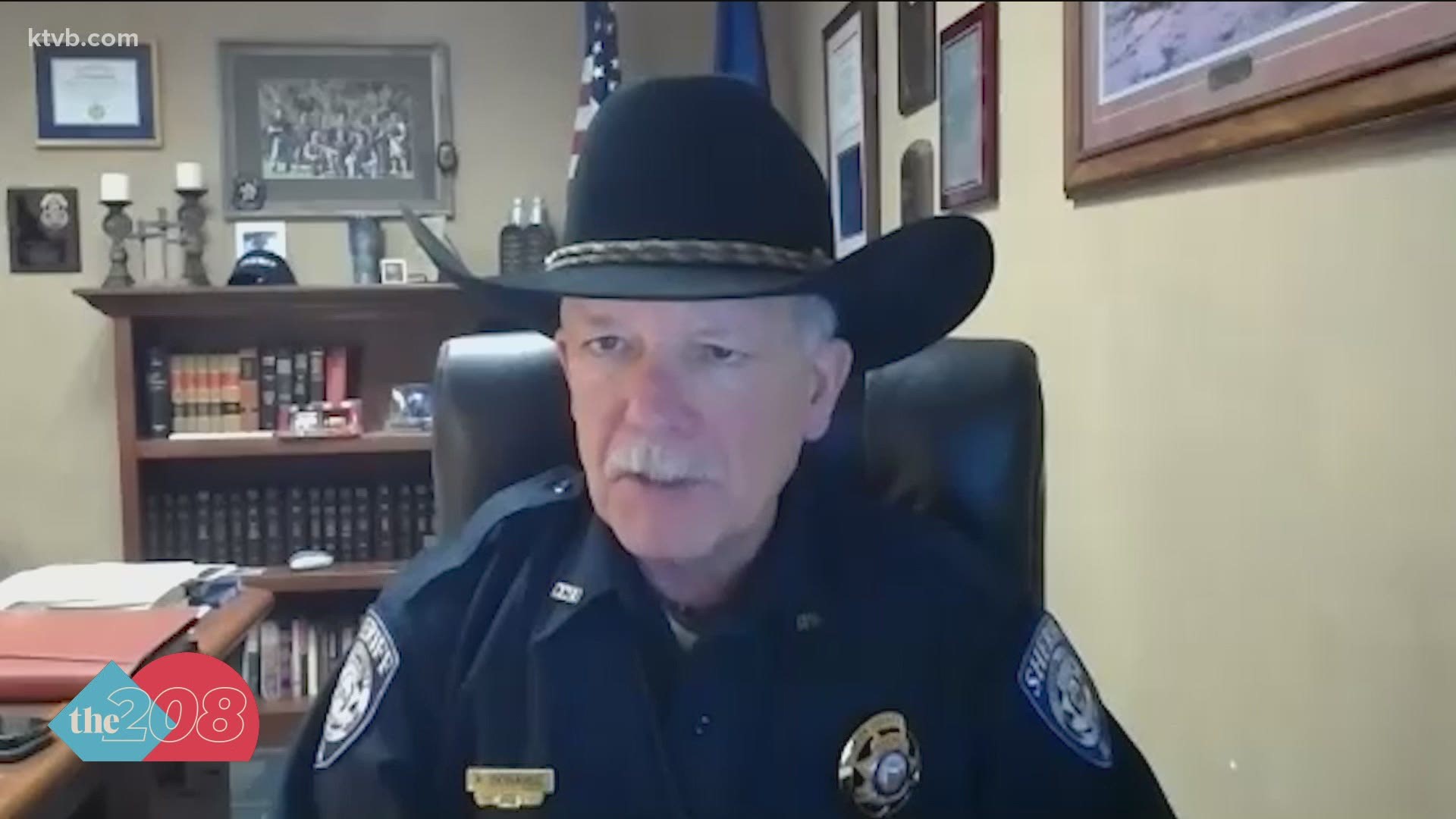 BOISE, Idaho — Idaho law enforcement has made it clear, they are in support of House Bill 195, which would prohibit targeted picketing outside officials’ homes.

Opponents of the bill say it would violate their First Amendment right to free speech.

Canyon County Sheriff Kieran Donahue testified in favor of the measure at Wednesday's committee hearing at the Statehouse.

He said this bill is fully supported by the Chiefs of Police, Idaho Prosecuting Attorney Association, Idaho Sheriffs Association and the Fraternal Order of Police.

And he stressed this isn't something meant for just elected officials, referring to the doxing demonstration that showed up outside a Meridian police officer's house last spring, after the arrest of a woman at a closed Meridian playground.

He said this would be a benefit to anyone who might be a target simply because they had the audacity of choosing to serve their state or their community.

Donahue said there's a process we have in this country, in the state of Idaho, and that's the democratic process.

Presenting testimony, debating it publicly, that's the proper way to respect this process. But that's not the playbook that's been followed this past year and Wednesday night outside Rep. Greg Chaney's home in Caldwell.

"What's not proper is for those people to then say, 'well, that's not good enough for me, I'm going to focus my attention on your residence,' which really should be your place of calmness, your retreat, your privacy," Donahue said.

"Legislative officials, law enforcement, we sign on to this work as you well know, but the families, the spouses that are home alone at their house, they become the target of this type of picketing."

"The people on that side, who are opposed to this bill say they've tried that, they've gone to the Capitol, but limitations on time, on space, this is their only recourse is to reach these people at their home," said Brian Holmes.

"So basically, and your take on this for the face of law enforcement, the First Amendment says you can, but just because you can doesn't mean you should," asked Brian.

"I think that that's a fair way to put that," Donahue said. "And again, people can peacefully protest. And I, yes, I protect these people's First Amendment, Second Amendment, Fourth Amendment, every day of my life. I'm committed to it, as is every other law enforcement officer. In the spirit of the law, perhaps or in the Constitution, just cause you can do something, doesn't mean that you should do something. And there really needs to be some sort of equalization and balancing of those scales."

Sheriff Donahue also mentioned the man-hours and law enforcement resources that are tied up on these types of calls.

The First Amendment allows you to do and say, a lot of things. Threats are not one of them.

So is standing outside someone's house on public property - threatening?

It can certainly be considered that way.

If a group of people showed up in front of your home with an effigy, with lit torches, with pitchforks, you don't have to be Doctor Frankenstein's monster to feel a bit threatened. Especially when one of your children asks "why do they want to kill dad?"