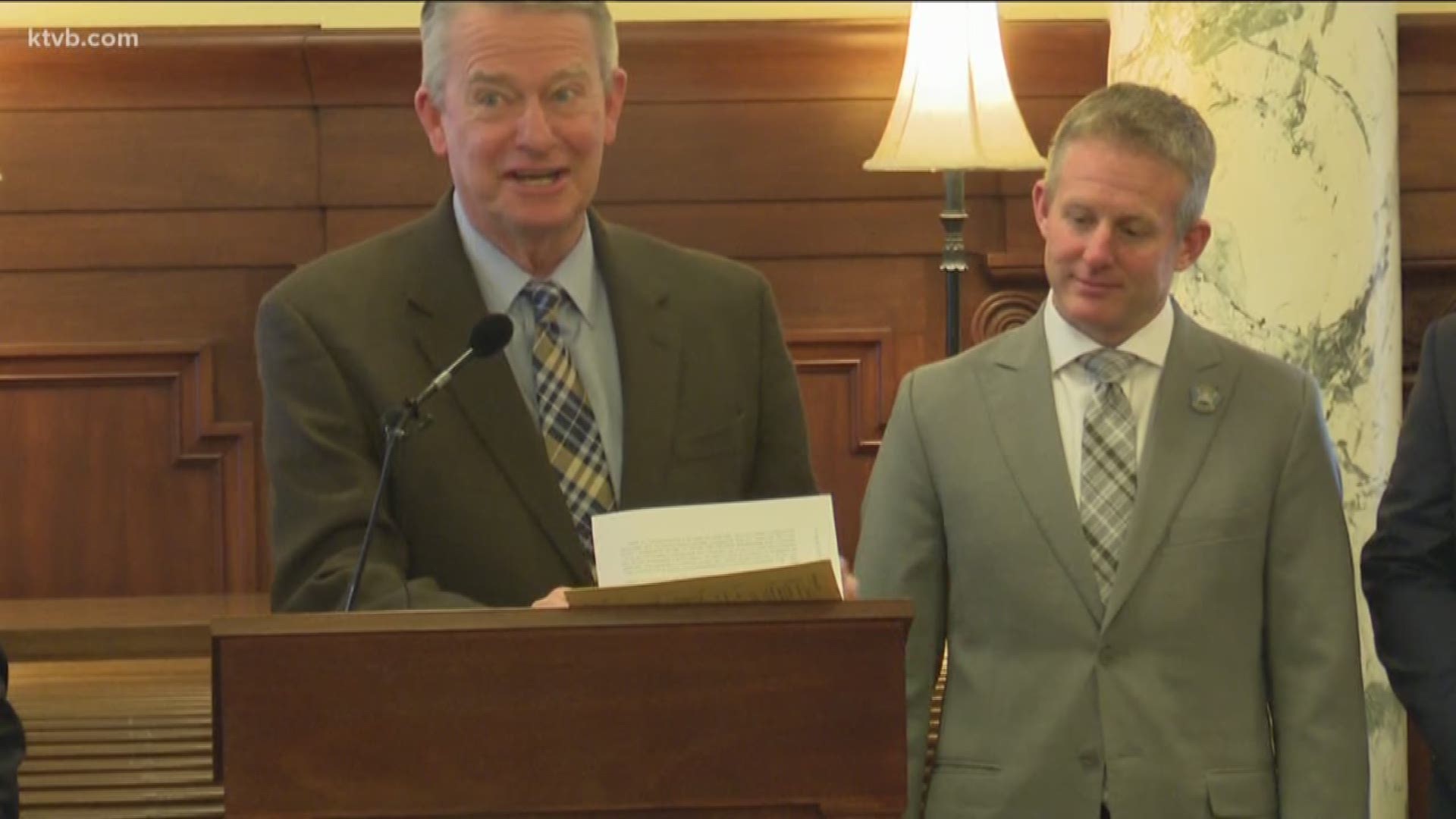 BOISE, Idaho — A bill signed into law by Gov. Brad Little on Tuesday could help save first responders lives. That's what supporters are saying about SB 10-28.

The new law will give first responders workers' compensation coverage to get professional help for post-traumatic stress injuries suffered as a result of their jobs.

Boise fire chief Dennis Doan was one of the main supporters of the bill. He said it will help break the stigma on mental illness.

"It's going to save firefighter and police officer lives,” Doan said shortly after the signing.

Supporters packed the governor’s ceremonial office for the bill signing Tuesday morning. Emergency departments from across the Treasure Valley were there as the governor acknowledged the importance of first responders’ duties while on the job.

"You know these really really bad things they are the first ones there," Little said. "They're the ones going towards the problem when everyone else is running away from the problem."

Supporters of the bill said this is a step in the right direction towards letting first responders know it’s okay to seek help. Before this bill, first responders needed a physical injury as well to get aid for PTSI, which is also known as PTSD.

"It was extraordinarily difficult, there were very few claims that were actually upheld through workers' compensation,” said Rep. Mat Erpelding, the sponsor of the bill. "Hopefully it will decrease alcohol and substance abuse and the biggest thing is that we hope it decreases suicide."

It was a day Doan has been waiting for since the mid 1990's.

“There was a group of us working in 1996 to try and pass this, and we've been working on it for many years," he said. "We finally got that stigma around PTSD off and legislators understand that. There was a stigma that you signed up for this, and that you just need to toughen up and all of us going on these calls day in and day out, it accumulates on firefighters and police officers.”

The bill will officially become law at the beginning of July. There is a four-year sunset clause built into this. This was done just in case the number of insurance claims does spike up. Erpelding doesn't expect that to happen.

Critics have called this an ‘unfunded mandate’ that will have negative financial impacts on cities and counties across the state.