The governor also wants to give Idahoans some major tax relief in 2021. 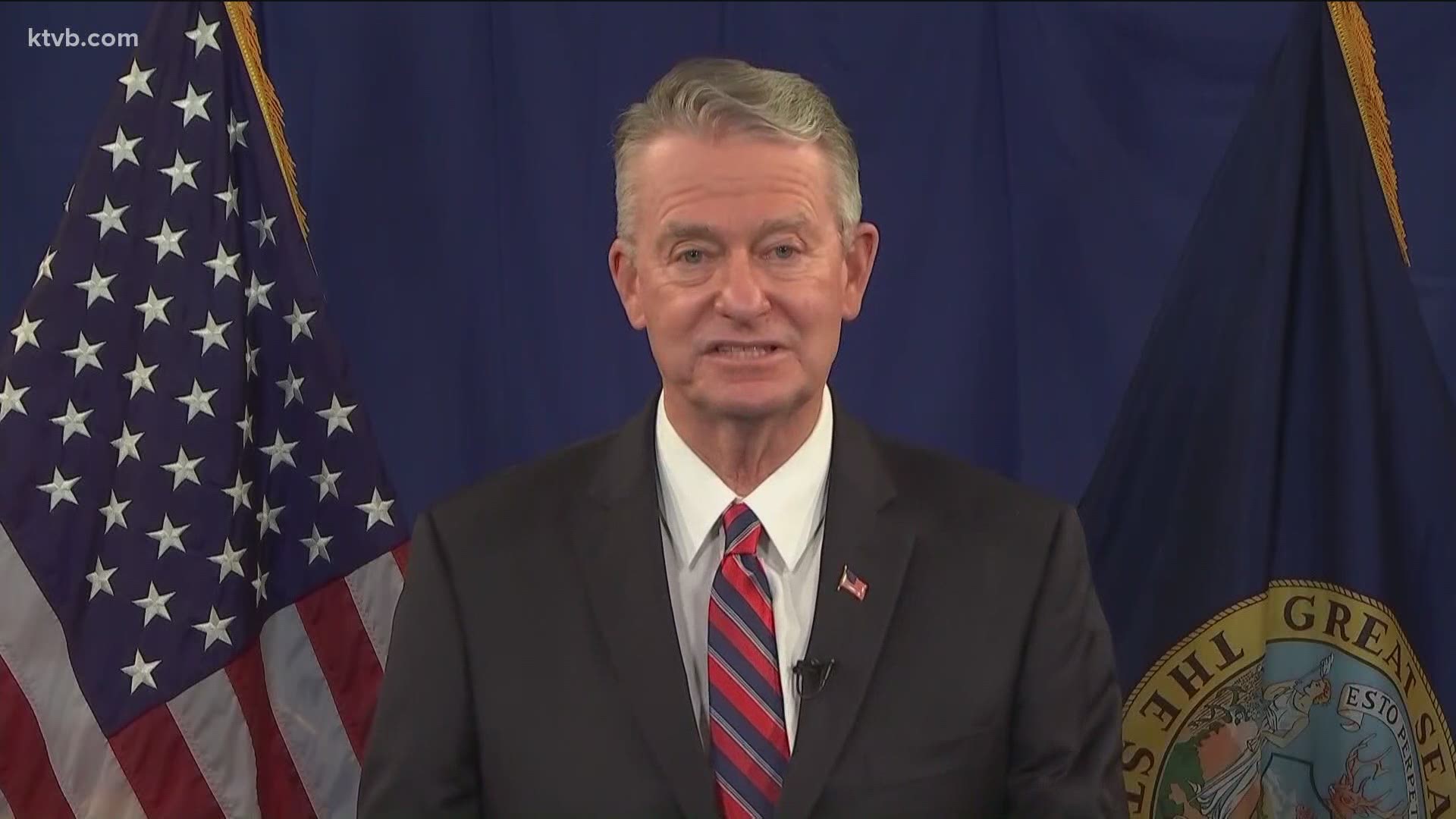 BOISE, Idaho — Idaho Gov. Brad unveiled what he called a “no frills” budget for Fiscal Year 2022, one that he says will bolster public and higher education, provide tax relief, invest in critical transportation needs across the state and help finish the fight against the COVID-19 pandemic.

During his State of the State and Budget Address Monday, Little outlined a spending plan he dubbed “Building Idaho’s Future.” His budget is among the most conservative in years, calling for just 3.8 percent increase in the state spending.

The governor says Idaho is in a strong financial position with a record-state surplus of more than $600 million, while most states are facing potential budget cuts of 20 to 40 percent more during the pandemic.

“Let’s continue to live within our means and make investments where they count,” Little said.

Little wants to restore funding to public and higher education institutions that were hurt by the pandemic last year. His K-12 budget reflects a 3.71 percent increase in general fund spending over the next fiscal year, while higher education would get a 2.6 percent boost and community colleges 5.45 percent.

The governor called investments in literacy his highest priority in education. Little recommends $20 million to enhance literacy and other educational outcomes brought about by disruptions associated with COVID-19.

“We must ensure this school year is an anomaly – not a permanent system-wide flaw for Idaho’s students in the next decade or more,” Little said. “We must make sure all young students are on track to read by the end of the third grade.”

The governor’s budget also fulfills a promise to teachers by fully implementing the state’s investment in the career ladder. He recommends spending an additional $44.9 million that includes increases for Idaho’s most experienced teachers.

His plan also supports investing $4.8 million in career technical education programs across Idaho. Those programs connect students with employers and equip students with the skills they need to earn a degree.

For Idaho kids to have a future, Little says they all need equal access to education, that’s why he is recommending $35 million for a broadband grant program that brings access to rural and underserved households.

“But with all the disruptions in education delivery over the past ten months, many of Idaho’s students are experiencing a learning loss,” Little said. “For some students who were already on track, the learning loss could range a few months. But our needier students may have lost more than a year’s worth of learning. We must close the achievement gap.” 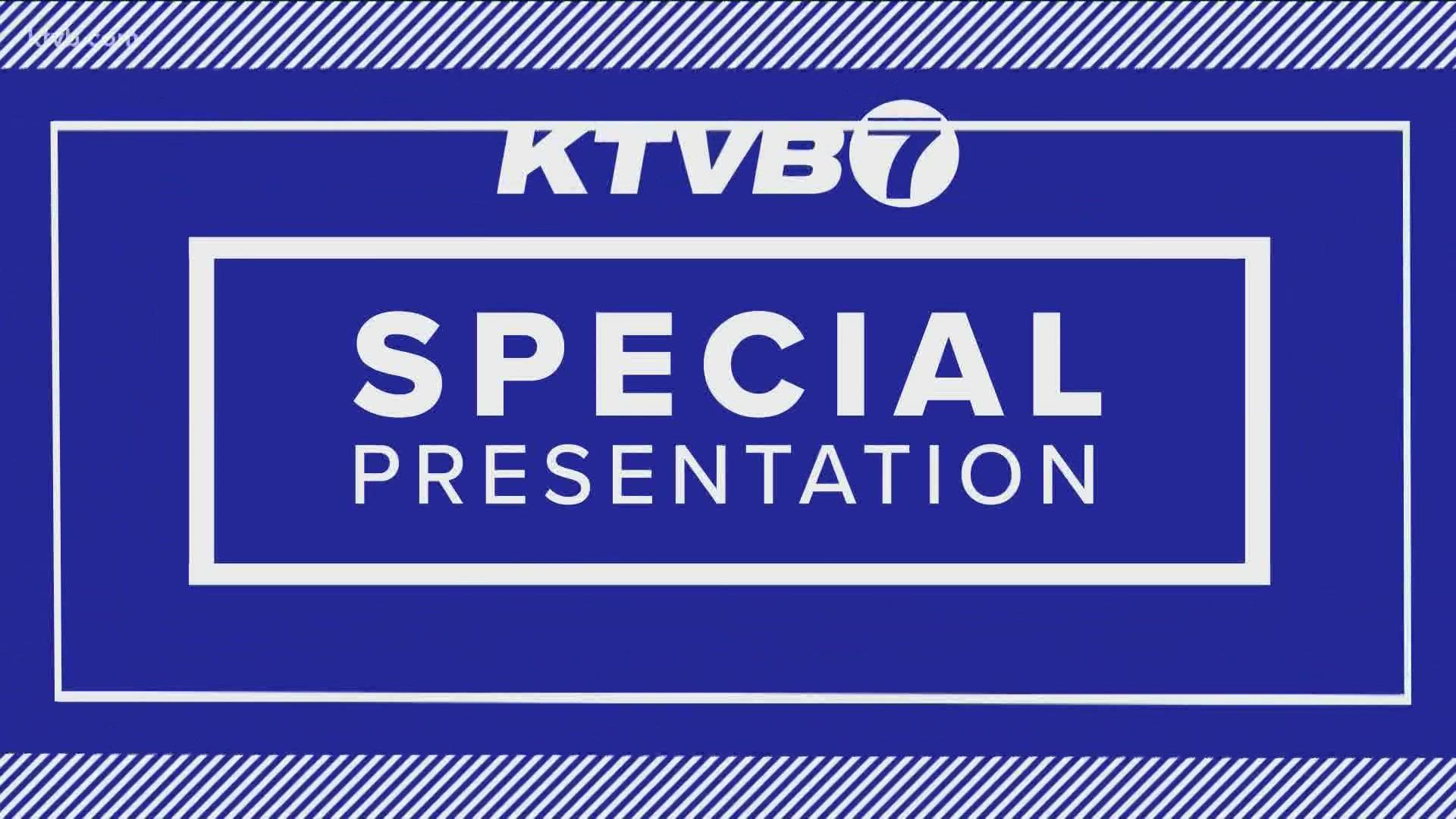 Medicaid will be fully funded this year. Some of the increased costs will be passed on to Idaho counties. Health and Welfare makes up a massive chunk of the overall state budget with $946 million in general fund monies for Fiscal Year 2022. That represents a five percent increase in state spending.

With a record-state surplus, comes talk of providing Idahoans with some big tax relief. Little’s budget would provide more than $455 million in tax relief for Idaho families and small businesses. That would include $295 million in one-time tax cuts and $160 million in permanent cuts. He says these tax cuts will ensure “Idahoans prosperity while keeping our tax rates competitive and our business climate vibrant.”

The governor recommends $126 million for state and local highway infrastructure projects, $2 million to assist with rail infrastructure and safety improvement, and $4 million in funding for community airport improvements.

Little says we can no longer delay a growing roads backlog that steals time and threatens Idahoans safety and economic prosperity.

“Now is the time to make meaningful investments,” Little said.

He wants to execute a future transportation plan with $80 million in ongoing funding. Half the money would come from the state's general fund and the rest from user fees.

During 2020, more Idahoans than ever ventured outdoors. That’s prompted the governor to recommend an additional $3 million for outdoor recreation. The emphasis would be on improving outdoor trails, both walking and motorized trails. Little believes this would boost tourism in Idaho’s rural communities.

Agriculture is one of Idaho’s most important business sectors and is a way of life for many people in the Gem State. The governor says our economic future hinges on safe and dependable water sources. He wants to invest $60 million in long-term water projects and safe water systems.

The state controller could see a huge boost in funding to his budget. Two big ticket items would increase the controller’s budget by 23 percent. First, the property tax committee of the Legislature recommended setting up a website to track local government budgets. Second, the governor is recommending the creation of a new one-stop shop for Idahoans to access public meeting information for any state agency or commission.  Since the onset of COVID, there has been a lot more public interest and citizen engagement at these meetings.

The governor also wants to bolster rainy-day funds. He seeks $14.2 million for a rainy-day fund for Idaho’s colleges and universities, and $230 million toward the state’s rainy-day fund. He says this type of fiscal conservatism will position Idaho to emerge from the pandemic stronger than ever.

These budget recommendations will be forwarded to the Idaho Legislature, which will make a final determination of how state monies will be allocated.