"By increasing starting teacher pay, we are sending a clear signal to our teachers and those considering a career in education that we appreciate and value them," Little said. 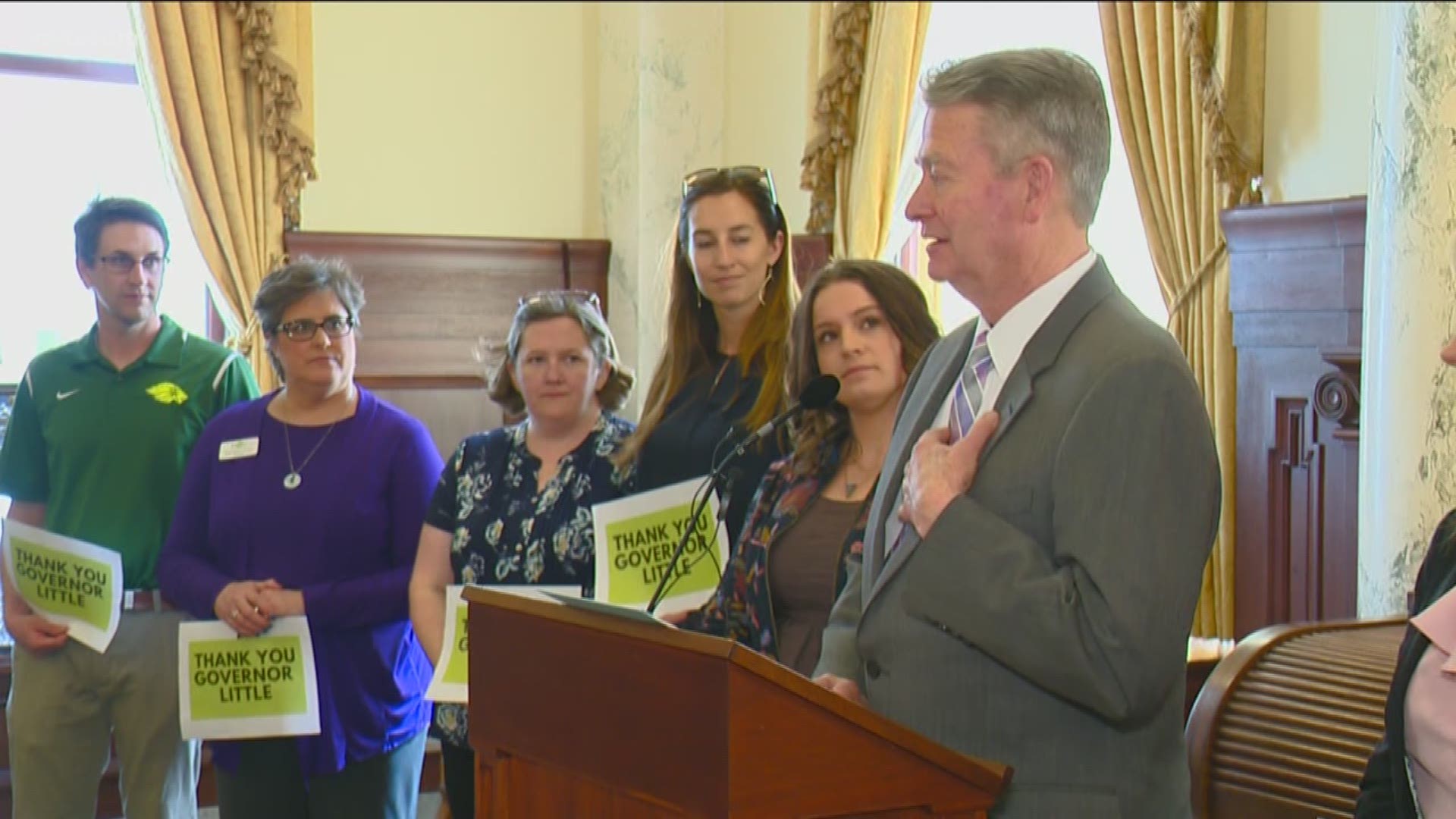 BOISE, Idaho — Gov. Brad Little signed a bill into law on Wednesday afternoon that will increase starting teacher pay to $40,000 per year.

The bill, which passed the Idaho Legislature with overwhelming support, boosts starting teacher pay to $38,500 next year and to $40,000 the year after that. Starting teachers currently make a minimum of about $36,000.

"This bill does two things," Little said. "It sends a signal, a monetary signal an economic signal, but it also sends a political signal about how important this is."

Little noted that the bill fulfills one of his key campaign promises and one of the priorities he laid out in his first State of the State speech in January.

"By increasing starting teacher pay, we are sending a clear signal to our teachers and those considering a career in education that we appreciate and value them," Little said. "Teachers who are just starting their careers should be compensated fairly and competitively so they can remain here to educate the next generation of Idahoans."

Jessie Spurgeon stood next to the governor during the signing. She is a third grade teacher at Koelsch Elementary School in Boise.

"I think any increase in compensation for teachers being professionals and doing the jobs that we do is a benefit to the whole community," Spurgeon said.

She has been teaching for seven years now and says it can be hard to make ends meet on a teacher's salary.

"We also spend a lot of money on our students," Spurgeon said. "It can take a toll and I think this [bill] is a really good first step and we look forward to now rewarding veteran teachers."

Little said more still needs to be done when it comes to improving education in Idaho.

"We have a long way to go, but the fact is we're taking the right steps at the right time," he said.

On Tuesday, Little implemented the fifth year of the 'career ladder' to increase salaries for all teachers. He also signed House Bill 222 on Tuesday which will double funding for literacy programs in Idaho.