The new law provides protections to those who seek medical assistance in a drug-related emergency. 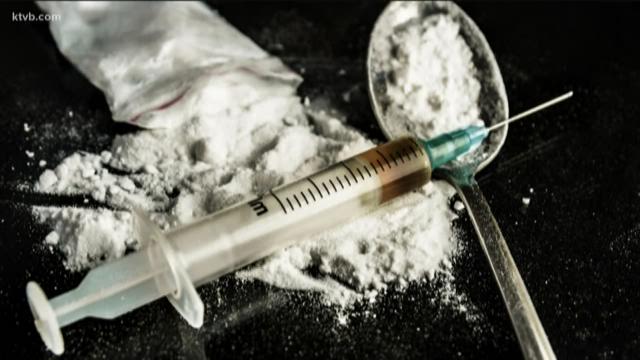 BOISE - Gov. Butch Otter has signed into law good Samaritan legislation that provides some protections for those using controlled substances. It’s the latest effort by lawmakers to help fight the opioid epidemic sweeping across America and in Idaho. The goal is to help ease fears about helping someone in a life-or-death situation.

“There's a big fear in the drug-using community that if I were to call 911 and law enforcement shows up, I'm going to be arrested,” said Monica Forbes, the administrator for Recovery United.

Forbes is a two-time opioid overdose survivor and now works with those who are in a similar situation as she was nearly 20 years ago. She told KTVB that she knows of several cases where someone’s life could have been saved only if someone would have called for help.

“I know of at least five lives that were lost,” said Forbes.

“This will save lives. States that have introduced good Samaritan bills with opioids have seen a reduction in deaths up to 30 percent,” said Rep. Mike Kingsley, R-Lewiston.

The legislation, now signed into law, provides limited immunity to people acting in good faith who seek medical assistance for either themselves or someone else because of a drug-related medical emergency.

“This bill isn't just for opioids, it's set for controlled substances because when someone is losing consciousness or having a medical situation, we don't want someone who's trying to be a good Samaritan saying, ‘does this apply or does this not.’ It’s like if they look like they're compromised call,” said Rep. Sue Chew, (D)-Boise.

The law protects that good Samaritan from being charged with possession, possession of drug paraphernalia, or use of a controlled substance.

“Anyone that's experiencing an overdose or anybody that calls to help people that might be overdosing, there's limited immunity for both of them,” said Kingsley.

The legislation doesn’t apply to evidence in other criminal charges, for example, if there are enough drugs inside the home, the person could still be charged with trafficking or distributing.

Grant Loebs, who sits on the board of the Idaho Prosecuting Attorney’s Association, says limited immunity is not a get out of jail free card.

Loebs added those protections don’t extend to everyone.

“It's not designed to give everybody who happens to be standing around using drugs a break when one of their friends calls for help,” said Loebs.

The hope is with limited immunity more people will call in an emergency instead of stand by.

“If we can just keep people alive and get them the medical attention that they need long enough to get them engaged in treatment and get them the help they want, I think we can save a lot of lives with this law,” said Forbes.

Kingsley says the new law does not include alcohol because there’s already a good Samaritan law in place in Idaho for alcohol.

Law enforcement told KTVB they’re going to take the next several months to evaluate the new law and determine how best to enforce it.