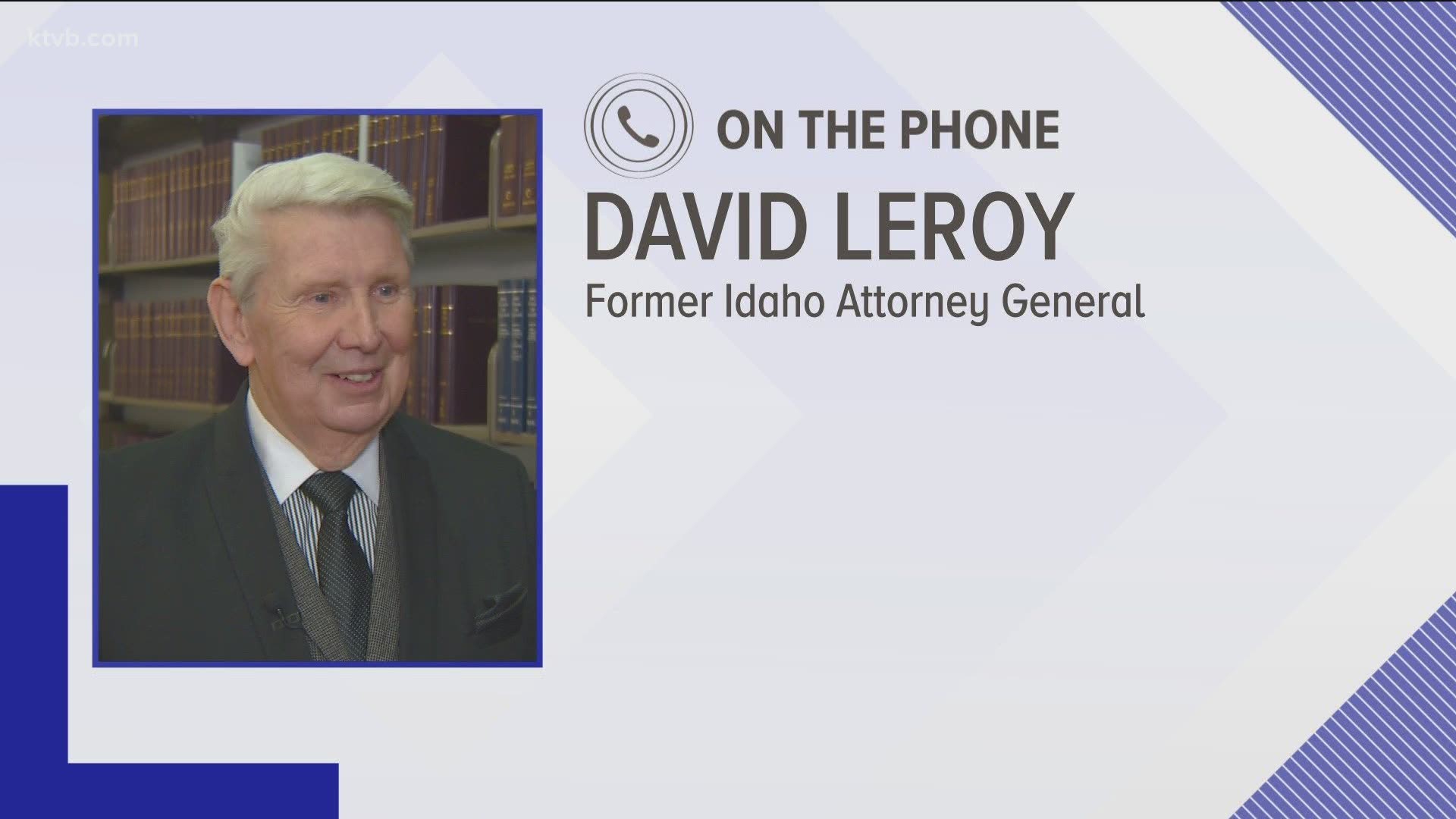 Other political entities have also spoken out against McGeachin's actions. In a letter from the Attorney General's Office Friday, Deputy Attorney General Brian Kane wrote McGeachin's executive order was "issued in an effort to undermine the existing authorities of the state and its political subdivisions to issue mask mandates."

"It's confusing, it's complicating and it is costly for the public and for the affected entities," Leroy said.

There is nothing wrong with each of the executive officers having different opinions, according to Leroy. However, when officers are not on the same page when it comes to the issuance and use of the governor's executive order, problems can arise.

Leroy recalled back to when he was serving under former Gov. John Evans. He said they had a mutual understanding of how that authority should be used.

"Any executive order authority I exercised would be done in concert with his office and with notice to his office," Leroy said. "I was acting governor for 254 days and did not have any such problem with the governor, including on those days when I issued executive orders."

Leroy said that Article four, Section 12 of the Idaho constitution is still needed to this day because he believes there should be a gubernatorial officer near the State Capitol at all times.

"But in this day, the Governor is never truly out of communication," Leroy said. "It is common courtesy, of course, to inform the Governor if that executive power, entrusted into the people generally, is going to be used on a temporary basis by somebody else."

What happened this week isn't something that can be prevented. However, Leroy believes the recent exercise of power is a lesson learned for the future.

"I would not expect it to happen again, even during the conduct of a campaign upcoming," Leroy said.