Fate of CBD oil in Idaho is unknown

The fate of the CBD oil going through the Idaho Statehouse is unknown. 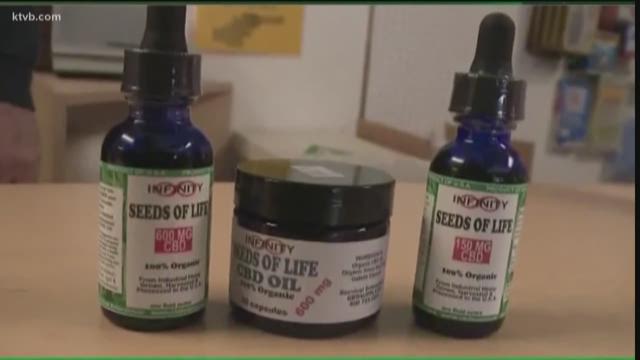 BOISE - Controversy regarding Cannabidiol oil, also known as CBD oil, continues to grow at the Idaho Statehouse. In 2015, Gov. Butch Otter vetoed a bill that would have allowed kids with severe forms of epilepsy to be treated with CBD oil. Now, a bill that would legalize CBD oil has stalled in a Senate committee.

Some say CBD oil is used medicinally for a range of ailments, such as epilepsy and anxiety. The oil comes from a different part of the cannabis plan and only contains trace amounts of THC, that's the psychoactive chemical found in marijuana.

On Monday, the Senate Health and Welfare Committee voted to keep House Bill 577 in committee, essentially killing it.

However, that vote was later nullified after committee members discussed the bill behind closed doors, a violation of the state's Open Meeting Law. Senate rule states, "All meetings of any standing, select, or special committee shall be open to the public at all times."

"The committee hearing got a little out of hand, but that's been taken care of, yes, I've apologized," said Senate Health and Welfare Chairman Sen. Lee Heider, R-Twin Falls. "They've been declared null and void."

Currently, the CBD oil bill remains in the Senate Health and Welfare Committee with no hearing in sight.

"Could this bill get a hearing," KTVB asked?

"I won't promise one way or the other. Presently, I'm holding it in my committee," replied Heider.

Heider added the governor, Idaho Office of Drug Policy, and Idaho law enforcement are against the bill.

"I think the point was made that people want to hear this bill and so it deserves to be heard. I think that point was made," said Potts. "We're here to represent people and we as legislators, hopefully we can remember that."

"I get phone calls every day. I get emails by the hundreds. I'm not being facetious. When I came in this morning I had 285 emails relative to this issue. So, I know it's out there," said Heider.

The measure has already cleared the House on a 59-11 vote, but Heider says that's not enough to convince him to hold a hearing.

"That really doesn't affect my decision at all, what the House passed it by for good or for ill," said Heider.

It's rare, but lawmakers could force the bill out of committee, but would need a majority vote from the senators on the Senate floor.

"I'm just not getting the feeling that there's enough support to do that and that's not something I take lightly," said Potts.

Currently, Idaho is conducting clinical trials regarding the cannabidiol oil known as Epidiolex for nearly 40 Idaho children. Potts says his own son suffers seizures, but says he's received help and is not part of those trials.

"I'm reminded of how helpless a parent feels when their child is going through something and there's nothing you can do, and there's very few experiences that teach that as much as a seizure," said Potts.

"I think it's worth a shot and I think that we should give opportunity in that case for people to get help."

Heider adds he's hopeful Epidiolex will replace the need for CBD oils and people will be able to get it legally.

Currently, 18 states allow the use of CBD oil, with low traces of THC, for medical reasons or as a legal defense.