Several lawmakers confirmed to KTVB that Rep. Aaron von Ehlinger has resigned from his seat at the Legislature just hours after the ethics committee's vote. 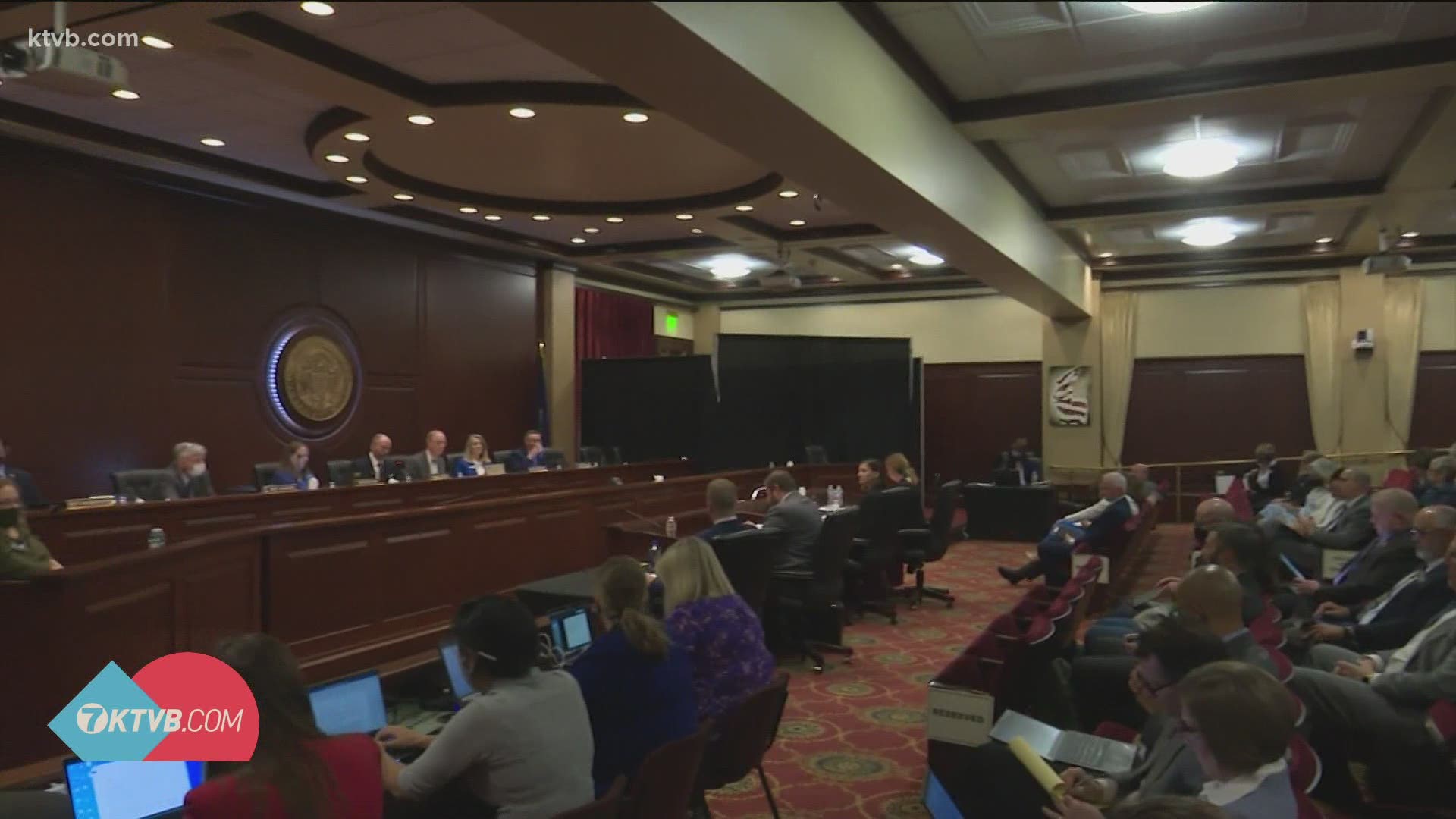 BOISE, Idaho — An Idaho lawmaker accused of raping a Statehouse intern resigned Thursday afternoon just hours after a legislative ethics committee voted that he should be suspended or permanently expelled for misconduct.

"After careful deliberation and prayer, I have determined that I will not be able to effectively represent my constituents in the House of Representatives, and have decided to resign my seat effective immediately," von Ehlinger wrote in the letter. He added that he maintains his innocence "of any wrongdoing."

The Idaho Legislature's ethics committee voted unanimously Thursday morning to find that a state representative committed "conduct unbecoming" in his pursuit of multiple women who work at the Statehouse, including a 19-year-old woman who says the lawmaker raped her in his apartment.

#Breaking - A resignation letter from Rep. von Ehlinger was just read on the #Idaho House floor. Full letter read by the clerk below #IDPol #IDLeg pic.twitter.com/pNTlnURLMA

The members of the committee advanced a motion to censure Rep. Aaron von Ehlinger, R-Lewiston, by suspending him without pay or benefits, ordering him to leave the Capitol immediately, and calling for a substitute lawmaker to be appointed in his place. The motion also supported a resolution to permanently expel von Ehlinger from the Legislature.

The motion would have needed to be passed by the full House as well, a vote that is no longer necessary with von Ehlinger's resignation.

Detectives with the Boise Police Department are currently investigating the rape allegation against von Ehlinger. As of Thursday morning, he has not been criminally charged.

Members of the ethics committee have repeatedly said that the hearing was not aimed at determining whether the lawmaker and the intern had consensual sex; rather, members were tasked with deciding whether von Ehlinger's behavior toward female employees was inappropriate and "detrimental to the integrity of the House as a legislative body."

On Wednesday, committee members heard testimony that in addition to his encounter with Jane Doe, the 38-year-old legislator also had a sexual relationship with a young Capitol security guard and made romantic advances toward a clerk and a lobbyist.

Rep. Brent Crane, R-Nampa, said von Ehlinger had displayed "a predatory pattern," arguing that his actions "were extremely detrimental to the integrity of the House."

Several lawmakers also noted that von Ehlinger had attended multiple Respectful Workplace trainings and been warned by colleagues to be more careful in his words and actions towards female employees.

She said she was not convinced by the argument by von Ehlinger's counsel that he had not done anything wrong and could not be punished because there was no written rule that specifically bans a lawmaker from having sex with a teenage staffer.

"There is no House rule against poisoning another person, yet his behavior has poisoned the reputation of all of us and tarnished and discredited other elected officials," she said.

Rep. John Gannon, D-Boise, thanked Doe for her "tremendous courage" in testifying in the hearings and admonished members of the audience he said harassed and attempted to follow her as she left the Idaho Capitol after testifying Wednesday. Several people - including Rep. Priscilla Giddings, R-Whitebird, - have widely shared the woman's name, photo, and personal details.

"We have to consider what we would want for our children if they came to the Idaho Legislature to serve," Gannon told his fellow representatives.

Interns and other young people who work at the Legislature deserve "a safe place, a positive experience, and [to] be treated with respect," Gannon said.

"That didn't happen in this case."

Idaho Gov. Brad Little backed the ethics committee's call for expulsion in a statement released shortly after the vote.

“I applaud Jane Doe and the other brave women for their courage in telling their stories and participating in this process to hold Representative Aaron von Ehlinger accountable for his deeply damaging and shameful actions. I fully support the House Ethics and House Policy Committee’s recommendation to expel Representative Aaron von Ehlinger," the governor wrote. "Representative von Ehlinger’s inappropriate and alarming actions stand in opposition to the values and behavior state elected officials must uphold. Being elected by the people and serving in a legislative body carries immense weight and responsibility to act with dignity, civility, and integrity at all times. State elected officials are held to a higher standard. As a former state senator and Lieutenant Governor, I personally understand the importance of preserving the credibility of the legislative institution so the people of Idaho can have confidence in their state government. Now, the public expects the full Idaho House Representatives to carry out the recommendation of the committee and ensure the integrity of the Idaho Legislature."