Lawmakers to take a break from hearings on Idaho education standards

The House Education Committee is tasked with reviewing the standards. 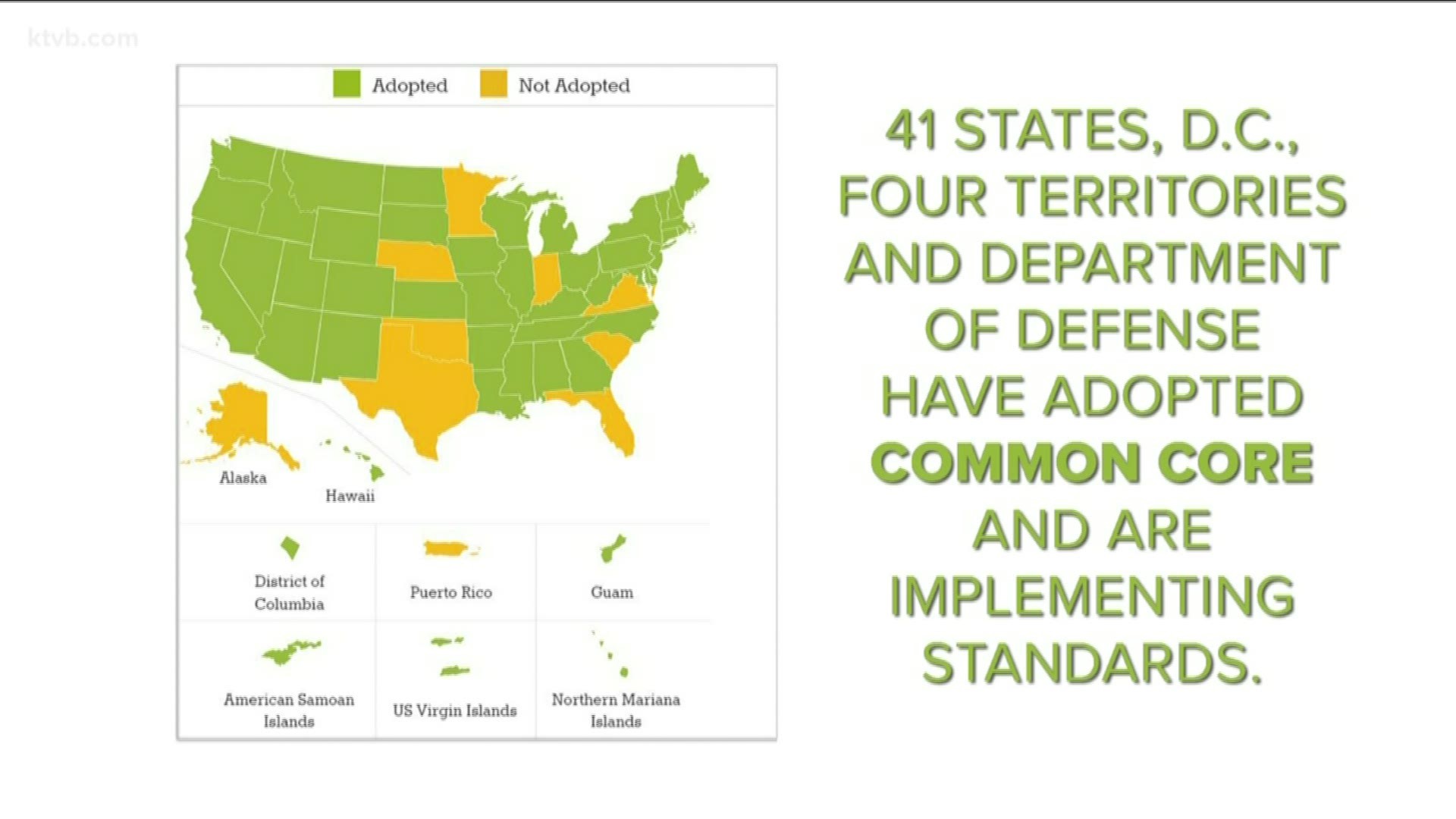 BOISE, Idaho — After a few long days in the House Education Committee, legislators are taking a break from Idaho's Content Standards hearings.

You may know them or curse them as Common Core.

Because the Idaho Legislature let administrative rules expire last session, they now have to review and reauthorize all of them.

So far, they've heard contentious testimony regarding English, language arts and math standards, with science still to come next week.

But how did Common Core become such a bitter battle between parents and educators?

What are Idaho Content Standards? You've probably heard them more commonly referred to as Common Core, and you might know they are contentious.

Every student in a public school in Idaho has to meet the state-adopted content standards for different subjects.

Every school district uses them as a minimum threshold to create consistency across the state.

Idaho reviews, and when needed, revises them every six years.

Idaho is among 41 states, Washington, D.C., and four territories that have adopted Common Core.

The Common Core state standards initiative website lays out the genesis of the standards.

It says "state school chiefs and governors recognized the value of consistent, real world learning goals and launched this effort to ensure all students, regardless of where they live, are graduating high school prepared for college, career, and life."

Before Common Core, since the early 2000s, every state had its own learning standards and definition of proficiency. Proficiency is the level at which a student is considered "sufficiently educated" for that grade level. Creators felt the lack of standardization was hurting students in the United States.

Two different sets of standards were created and adopted. College and career-readiness – what students are expected to understand by the time they graduate, and K-through-12 standards.

So, what led up to this point? How is it that all these different states decided, hey, let's come up with basically the same bar for our public schools?

In 2007, informal talks began between a few state school chiefs. Idaho's Department of Education superintendent at the time, Tom Luna, was involved.

That brings us to this week, January 2020, and the content standards hearings. We are here because at the end of the 2019 session the Legislature let all administrative rules expire.

It's no secret Common Core is controversial in Idaho.

The Idaho Freedom Foundation is a conservative vocal opponent and has wanted to repeal the academic standards since day one.

The group says Common Core was federally pushed as part of an education standardization agenda; they are copyrighted and inflexible; and since adopting them, Idaho students have not performed better on English or math tests.

There's a lot of support for Common Core. The teacher's union says Idaho Content Standards are more rigorous; help students develop critical thinking skills for college and the real world; and kids can move around without missing out on learning.

The Idaho Education Association strongly supports renewing the standards this year and says they're vetted and developed by education professionals and provide benchmarks of what students should know at various stages, but curriculum and specifics are left primarily in the hands of local districts.