The bill moved out of committee on party lines and will head to the Senate floor for a vote. It already passed out of the house with overwhelming support. 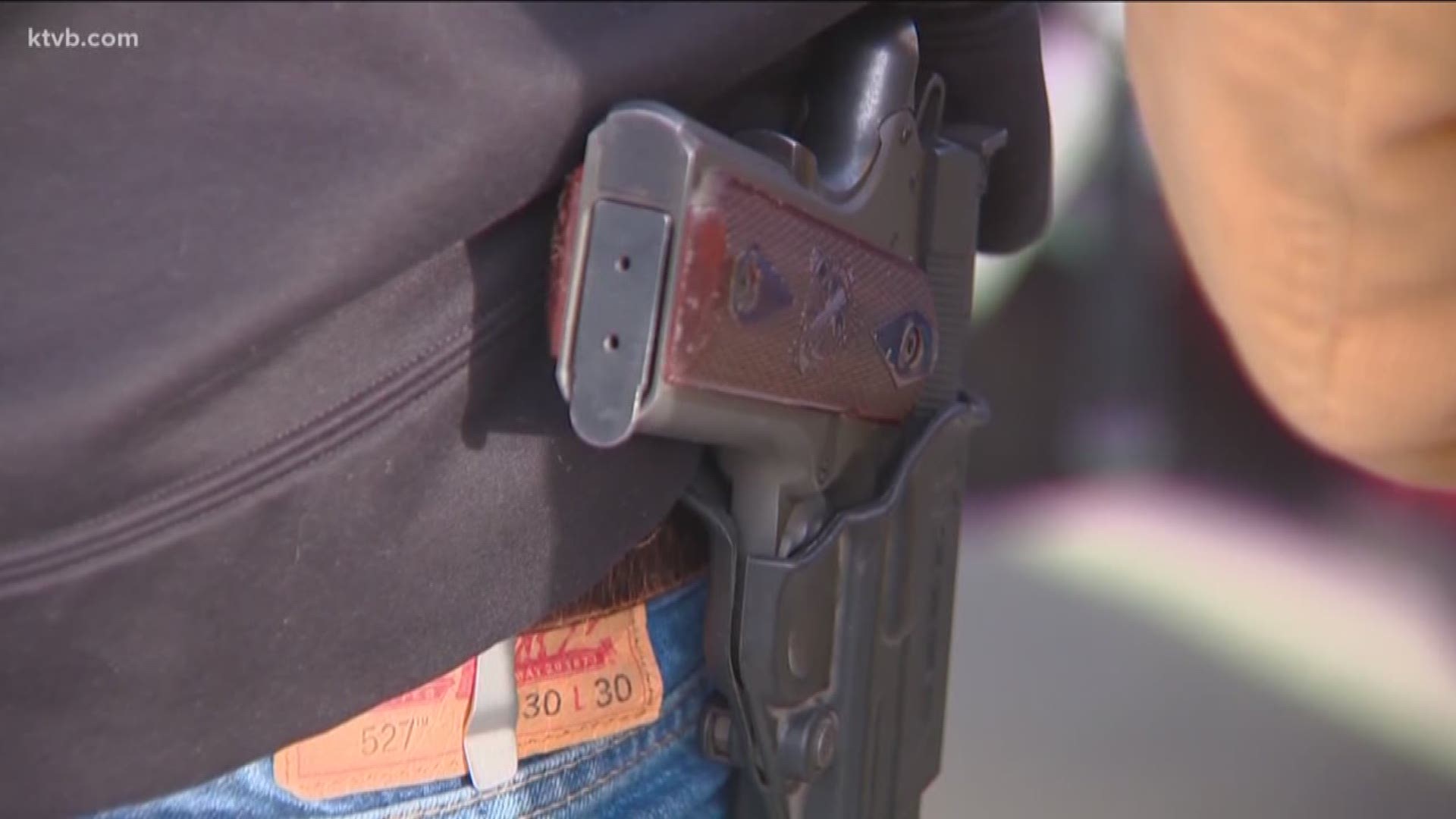 BOISE, Idaho — A controversial bill that would lower the age for concealed carry in Idaho cities passed out of the Senate State Affairs Committee on a party-line vote on Monday.

The bill would allow 18 to 20-year-olds to carry concealed handguns within city limits across Idaho.

Currently, only people who are at least 21 years of age can carry concealed weapons within city limits. It is legal for 18- to 20-year-olds to do so outside city limits.

Those in support for the bill say all this bill does is clears up the law so concealed weapon laws apply evenly to cities and rural areas.

Critics claim the bill is too dangerous to make any changes without permits or training.

"This law basically gives you your full constitutional rights," 16-year-old Adrik Fisher said in support of the bill, although a change in the law wouldn't affect him for another couple of years.

A group of Second Amendment supporters, known as the Idaho 3 Percenters, gathered at the Statehouse to show their support for the bill as it worked its way through the Senate State Affairs Committee.

They say they want to prevent 18 to 20-year-olds from becoming criminals when driving through a city.

"He may not be paying attention, he may have a hundred other things on his mind and then he gets stopped and now he's a felon," Eric Parker, the president of the Idaho 3 Percent, said.

"We feel that it is dangerous and the least they could do is put in a training component to make sure our Idahoans are safe and responsible," she said.

Story says people already have to be 21 to legally buy a handgun and believes this bill doesn't quite follow the current laws.

"We feel that if you can't legally buy a handgun then you shouldn't be able to conceal it anywhere or anyplace without any training," Story said.

One motion to the bill would tack on a training requirement but failed. Supporters say mandating training isn't needed because enforcing it would be difficult for police.

Following the testimony, the Senate committee passed the bill along party lines, with seven Republicans for it and two Democrats voting against it.

The bill will now head to the full Senate floor.

It already passed the House with overwhelming support.