After hours of public testimony, the Idaho House Health and Welfare Committee voted 10 to 3 to send the bill to the House floor. 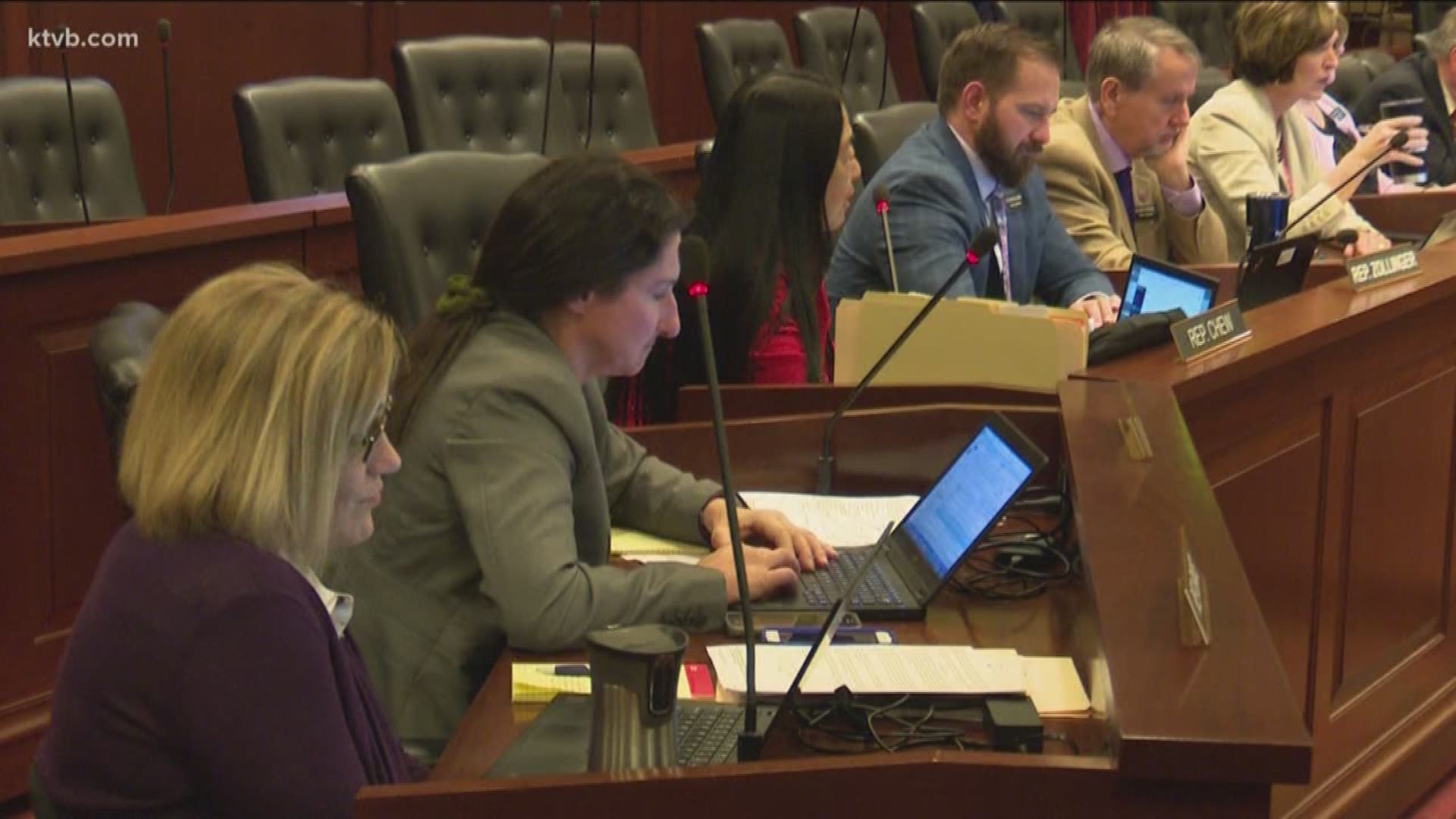 BOISE, Idaho — A healthcare holdup is keeping Idaho lawmakers in town for longer than they expected.

Senators and representatives are still dealing with funding the voter-approved Medicaid expansion, which is keeping them in session.

Gov. Brad Little has said Medicaid funding must be resolved before the legislature can adjourn for the 2019 session.

MORE: 'Sometimes you get into these quagmires': Medicaid expansion funding keeps lawmakers from going home

On Wednesday, that bill went before the House Health and Welfare Committee.

MORE: Medicaid expansion on the 'must address' list for lawmakers

Vander Woude told the committee this bill is "a lighter touch" than previous House Bill 249, which dealt with the same issue. This bill modifies his previously proposed bill by lowering the work requirements from 30 hours per week down to 20.

For recipients who make minimum wage, that works out to about $150 per week and around $600 per month.

Under his bill, anyone in the following categories would be exempt from the work requirement:

In addition to a 20-hour-per-week work minimum, the bill would require people who are between 100 and 138 percent of the federal poverty level to continue paying for private insurance on the state-run health exchange. That requirement would only be lifted if the state fails to get federal approval for the plan by the start of next year, in which case those individuals would be moved to Medicaid coverage.

“I think it’s a definite benefit to the state to stay on private insurance rather than they go on Medicare," Vander Woude explained. "It’s also, I believe, a benefit to them.

"We all know, we’ve all heard, from doctors and from dentists that they will limit how many people they will take on Medicaid, how many people they can afford to take because the reimbursement rate is of that nature - that it’s low," Vander Woude added. "So if they’re on private insurance, I believe they’ll have a better option on finding doctors, on finding dentists, and finding the providers that they need.”

Another key component of Vander Woude's bill is that anyone not meeting the work requirement would become ineligible for Medicaid, but could reapply after two months.

At the hearing, lawmakers heard several hours of testimony. Only one person testified in support of the bill. Dozens spoke in opposition.

“We the people of this state passed a clean Medicaid expansion initiative without any onerous restrictions," one opponent told the committee. "That’s the way we wanted it and that’s the way we still want it.”

“Medical care must be a stable part of the lives for those receiving Medicaid – not something that can easily be snatched away because of too many requirements or restrictions that some may not be able to always meet,” continued the same opponent.

Others against the bill feel the work requirements are unnecessary and actually would do more harm than good.

Another speaker, a priest, related the Biblical story of the Good Samaritan - using it as a metaphor for health insurance.

“The citizens of this state – we have seen our fellow Idahoans on the side of the road in need of healthcare and we have been moved," he said. "We have sought to step in and be this third person – to be the Good Samaritan to tens of thousands of our neighbors.”

He said voting to approve Medicaid expansion was the people's way of helping their fellow citizens in need and the legislature should do the same.

Many other opponents were against part of the language of the bill which would require women to get a referral from a primary care physician before they could go to a specialist.

One woman shared her personal story of cancer survival, claiming if these restrictions had been in place during her battle with cancer, she would not have survived.

“I had uterine cancer," she said. "It was caught early and remedied by a hysterectomy and I have been cancer free for four years now. My ability to go see my specialist without having to ask for a special waiver saved my life.”

Doctors also spoke about how they see first-hand their patients struggling to pay healthcare bills - and how often, those patients won't come in for treatment at all because of it.

They claim it affects them as physicians because they can't always provide the best level of care available due to financial restrictions.

A second doctor told the committee how HB 277 would hurt rural healthcare because many rural patients have jobs like farming where they can't always get enough work hours every month, so they would risk losing their health coverage.

“Too often our rural communities are forgotten by government policy,” she said.

At the end of the hearing, the committee voted 10 to 3 to move the bill forward with no recommendation. That means the bill now moves to the House floor where it could be amended or could go straight to a vote.

If it were to pass the House, it would then go to the Senate floor for a vote.

No date was given on when the House might take up the bill.