After thieves repeatedly stole from a refugee community garden in Boise, a 16-year-old student is helping build a fence for the garden. 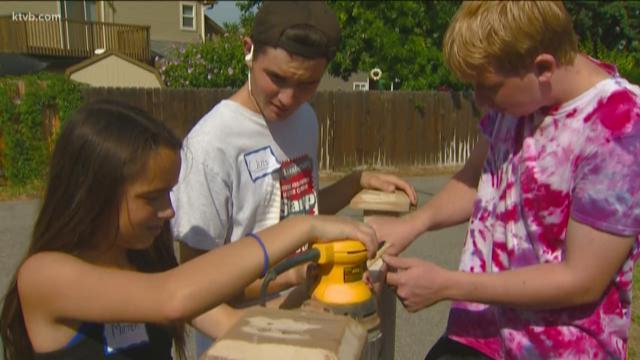 BOISE, Idaho — A 16-year-old Capital High School student is helping take the lead on building a fence around a garden that was repeatedly raided.

Christopher Peterson said thieves have regularly stolen produce from the Hillview Community Refugee Garden, which is cultivated by refugee families.

Peterson's pastor is always encouraging teenagers that attend his church to get involved in the community and Peterson thought this was one way that he could make a difference.

Through donations, enough money was raised to buy materials for the fence and Peterson and other community members helped build it.

"She told us about this story, people coming to the community garden and stealing the stuff that these people have been working hard on," he said. "And that didn't seem right so I wanted me and the youth to have some sort of involvement."

A community barbecue was also held for people that came out to Hillview Community Refugee Garden to help build the fence.