Canyon County is looking at the possibility of a local option sales tax to fund construction of a new jail. 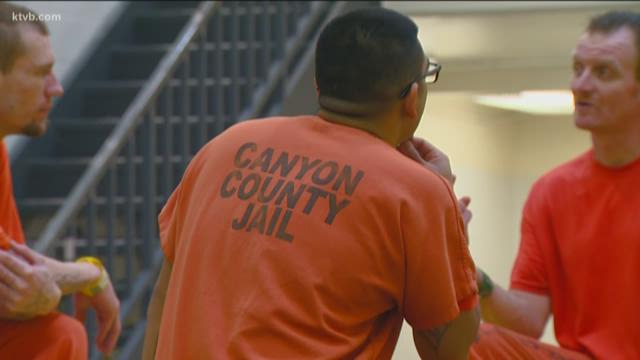 CALDWELL - After multiple failed bond measures in 2006, 2009, and 2010, Canyon County is looking at a new option to fund a possible new jail.

“We have to do something,” said Canyon County Commissioner Pam White.

White feels that something may be a local option sales tax.

“It’s equitable. It’s fair. It’s not placed on the backs of property tax owners This is a funding option where everybody pays,” said. White.

The proposal would add 1% to the existing sales tax in Canyon County making it 7% instead of 6%.

The additional tax would apply to only goods purchased in Canyon County. All money generated through that extra 1% tax would go strictly to the construction of the jail.

“When the construction is finished that local option goes away,” said White.

White says the optional sales tax, for instance on $150 million new jail, would allow the county to not only save money, but also pay off the jail quicker than a 30-year bond.

It’s one possible solution to a longstanding issue. However, taxing authority rests with the state of Idaho, which means the Idaho Legislature would have to approve a local option sales tax.

“It would need to be something available to other counties to utilize in the future. Again, the sideboards would be set out in the statute. It has to be for these limited purposes,” said Sen. Todd Lakey, R-Nampa.

It’s not something the legislature will take up this year, but possibly next year. If the measure were to pass the legislature, the voters of Canyon County would still decide the fate of the jail.

“If we pass it, it doesn't mean it happens. It means you have the ability to put it on the ballot,” said Lakey.

The measure would also need a supermajority or two-thirds voter approval.

“When you have a three- to four-year construction calendar, it would be done and over with, with a local option,” said White.

“It's not a new concept, but would kinda be a new approach,” said Lakey.

Many resort communities, such as McCall, Sun Valley, or Stanley, have passed a local option sales tax.