Both deputies say that the story could have taken a tragic turn if they were further away than they were when they got the 911 call. 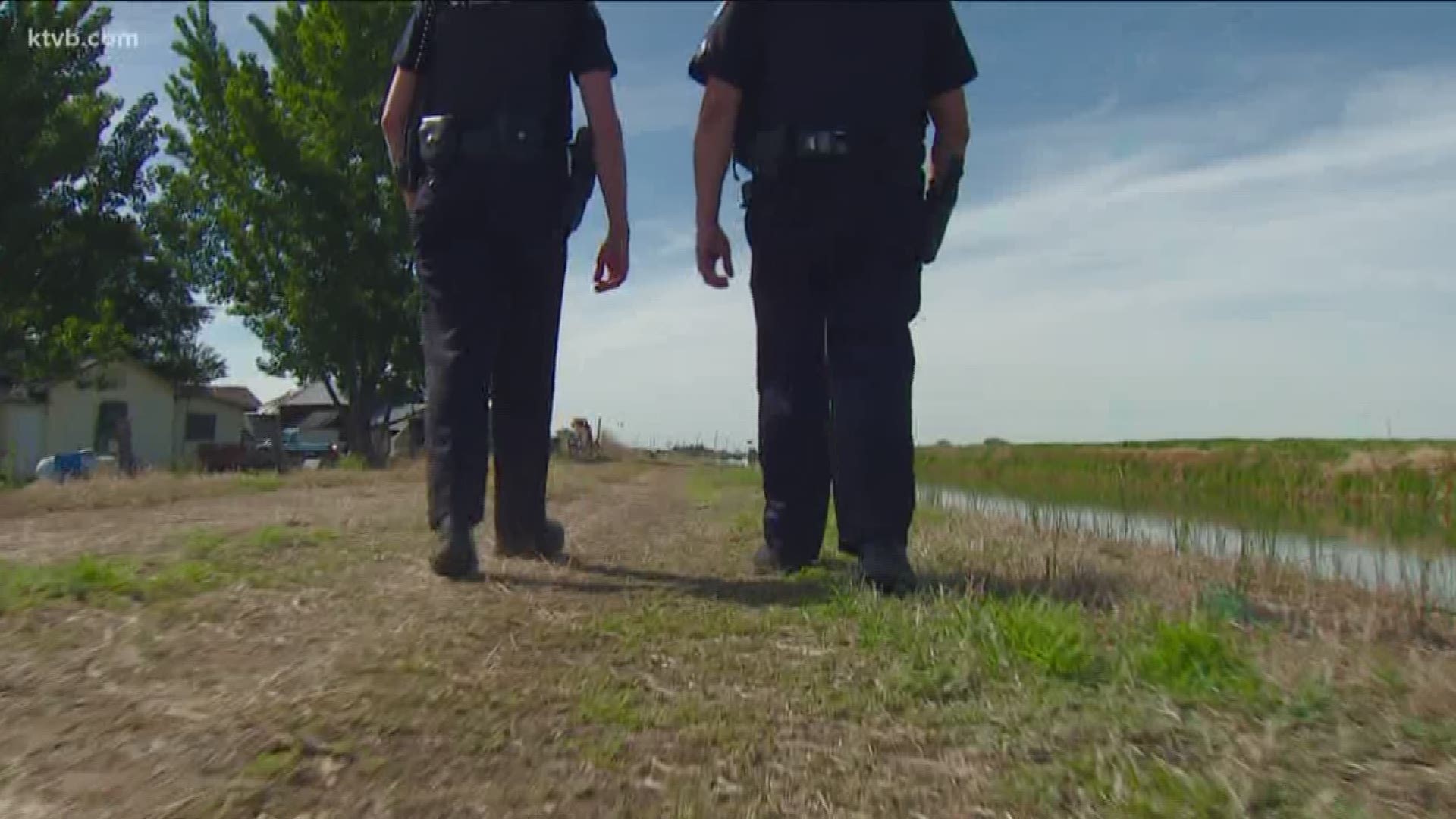 CALDWELL, Idaho — When Corporal Shawn Weigelt and Deputy Kevin Curl arrived at the scene, they saw a truck floating down a canal with the driver still inside. Thanks to their swift actions, a Boise man was rescued from drowning.

Weigelt arrived at the Caldwell canal near Karcher Road and Pecan Lane shortly after Canyon County Dispatch got a report that an F-150, with the driver trapped inside, had crashed into the canal around 10 p.m. Tuesday.

Weigelt says he and Curl both arrived on scene within minutes of the call.

Dozens of onlookers were lined up on both sides of the canal, trying to figure out how to rescue the man. Curl made the decision to go in.

"I think pretty much as soon as he showed up on scene, my partner stripped his gear and was getting ready to get in the water," Weigelt said. "We got his vest on, I had him tie off my throw rope, I kind of held onto him so he didn't drift too far down the canal."

Curl began to swin in the fast moving waters toward the truck.

"When I was swimming up to the truck he had no control over the windows so he was kind of frantic at that point, he was yelling for us to help him out," he said.

Curl says he told the driver to calm down and to climb into the back of the truck near the rear window.

"I was able to break that with my baton and I was able to get him out onto the window itself and then kind of hoisted him into the bed of the truck," he said. "From there, fire came out and they threw us another line and we were able, right as the truck completely sank down, they were able to pull us free of the truck and pull us over to the shore."

Both deputies say that the story could have taken a tragic turn if they were further away than they were when they got the 911 call.

"I kind of play it back in my mind, everything just went as good as it could have gone," Weigelt said.