To deal with jail overcrowding, a new proposal suggests having mobile units brought in to house inmates in Canyon County. 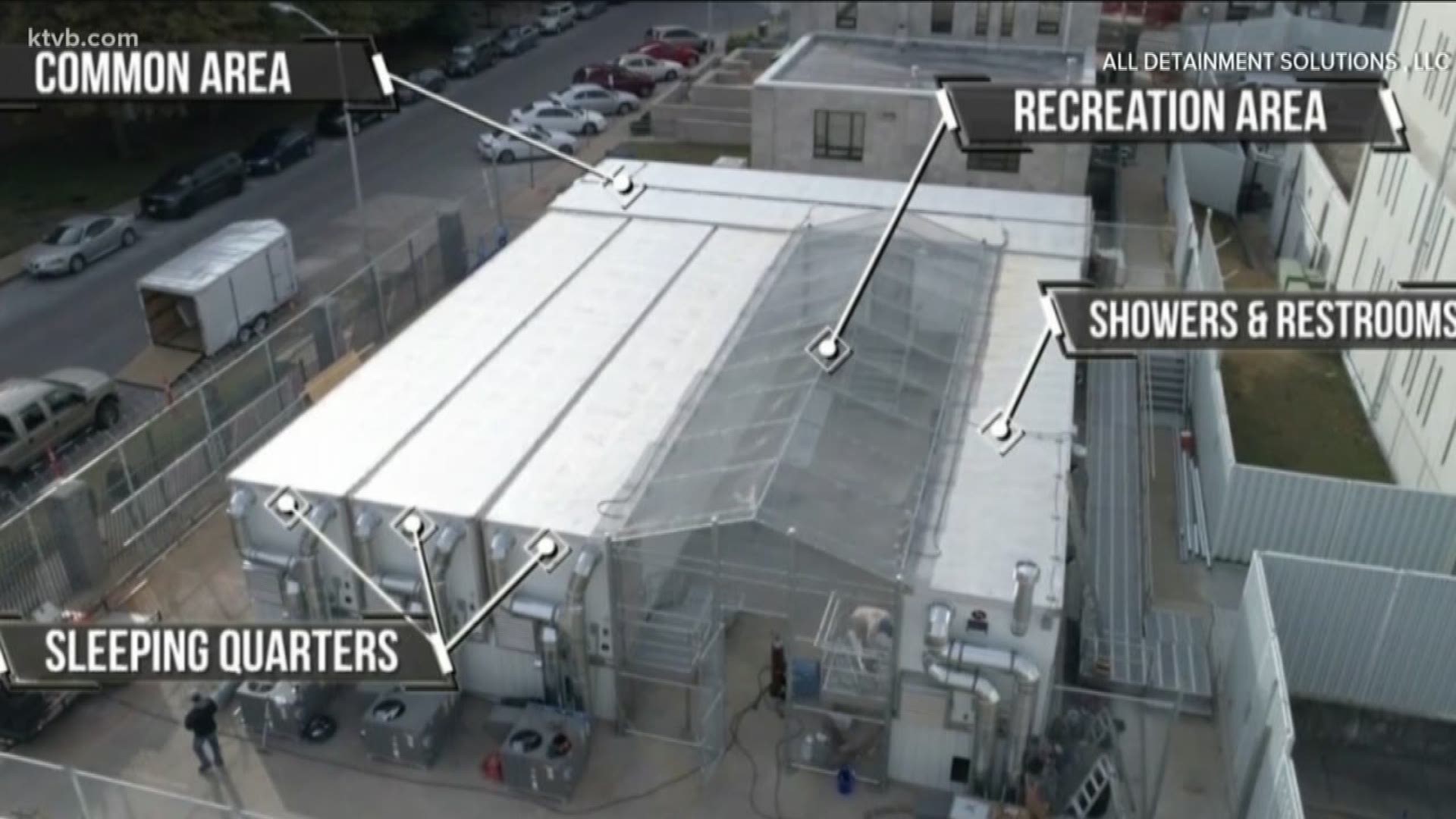 CALDWELL — For years Canyon County has worked through different solutions on how to fix the jail overcrowding problem.

Now, a new proposal is being considered.

The plan suggests putting mobile housing units right on the campus of the jail to house inmates until a permanent solution is found.

Tuesday morning, the Canyon County commissioners took time to hear from the public about a proposed plan that some say could buy time and help bridge the gap in solving the county's jail overcrowding.

If the proposal goes through, the county would contract a deal with All Detainment Solutions, LLC out of Missouri to supply and assemble a temporary expansion that is proposed to hold female inmates.

It is essentially 28 metal trailer-based units that connect together to house 122 inmates. It would be surrounded by a 10-foot tall chain-link fence with razor wire across the top.

Because of overcrowding a lot of inmates are housed outside of Canyon County. On Tuesday for example, 46 inmates meant to be in Canyon County are in facilities in surrounding areas.

Canyon County Jail Commander Daren Ward says the proposal is clearly not a permanent solution but is a good solution in the meantime.

"Our end goal is to pass a jail bond and build a jail that is adequately sized for the county. So with a 7-year lease it gets us through the whole process of building a jail and relieving the pressure until that jail is built," said Ward,

Ward says that if the project goes through, it would most likely get a lot of inmates back to Canyon County, and help save the county about $3,500 a day.

The cost for the project is estimated to be about $10 million in total for the 7-year deal.

County commissioners expect to vote on the proposal later on in August.