President Biden to campaign with Gov. Newsom before recall election

President Biden will stop in Sacramento and Long Beach during his trip to the West Coast. 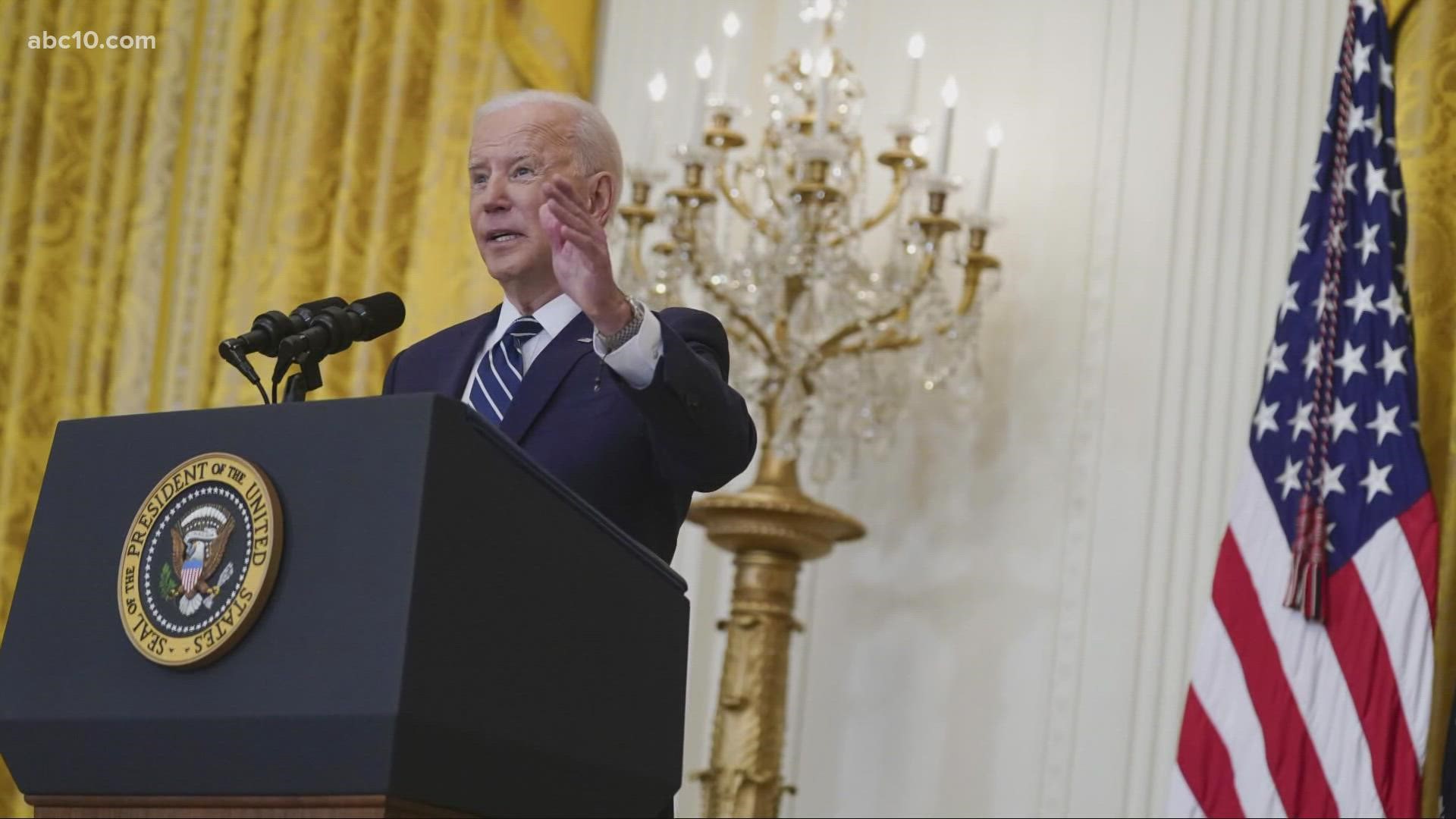 The President is scheduled to join Gov. Newsom in Long Beach on Monday, Sept. 13, one day before the recall election. Vice President Kamala Harris, who is from California, urged voters to reject the recall during an appearance in the state Wednesday.

Prior to the rally, President Biden will make a stop in Sacramento to survey recent wildfire damage.

The President also plans to visit Idaho and Colorado during his trip to the West Coast.

On July 17, California Secretary of State Shirley Weber released a list of the 41 candidates who qualified to run in the recall election. About 70 candidates initially filed a statement of intent to run with the secretary of state, according to Ballotpedia.

On July 21, Weber signed off on the finalized list of candidates who'll appear on the recall ballot. The number grew to 46 after a judge ruled that candidates should not be required to submit tax forms for a recall election.

The final day for candidates to file paperwork to run in the recall election was July 16.

The final report from the Secretary of State's office, released on June 23, validated 1,719,943 signatures on the recall petition. The recall effort needed 1,495,709 verified signatures to trigger a recall election. Approximately 441,406 signatures were invalidated.

Only 43 people of the more than 1.7 million Californians who signed the recall petition chose to remove their name from the list.

On July 1, Lt. Gov. Eleni Kounalakis finalized the cost of the election at $276 million.