'The job they did was incredible': Idaho firefighters praised for saving multiple homes from California wildfire 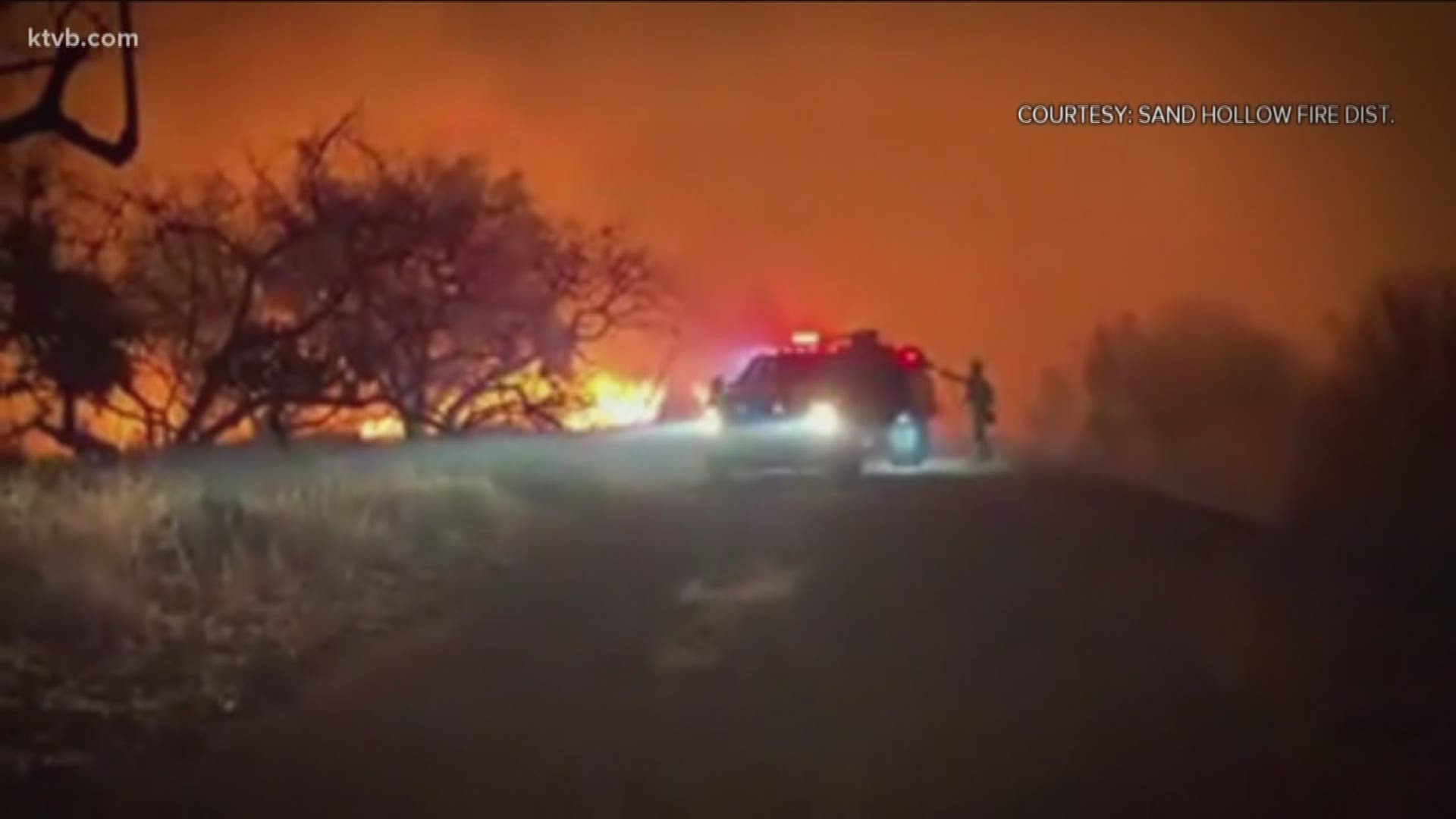 BOISE, Idaho — Firefighters from Idaho are getting well-deserved recognition after helping to save several homes from a wildfire in Southern California.

Idaho Task Force One is a team made up of five engines and 17 firefighters from multiple departments including Emmett, Parma, Weiser and Sand Hollow.

Just 24 hours after arriving in Ventura County, California, the Idaho firefighting team was sent out on Halloween night as an initial response team to a new fire that had broken out - the Maria Fire.

Parma Fire Chief James Cook, the team's task force leader, said the fire was initially about 2,000 acres but quickly doubled in size within about an hour.

“Our task force was charged with structure protection up Ranch Canyon Road and a couple other roads where there were more houses than there were fire trucks," Cook told KTVB.

According to Cook, the Idaho firefighters were the only crew in that area.

“It was scary at the beginning because we were going into terrain we hadn’t been to, roads we don’t know and it was dark,” he said.

It was hard to get an exact count on the number of homes in the area, Cook said, but there were at least 10 directly in the fire's path.

One of the crews had enough time to put in some sprinklers around one of the homes to protect it. But with winds between 30 and 50 miles per hour driving the fire, there wasn't enough time to build lines around all the homes.

So they divided up and fought the fire directly to push it back from the homes.

“We just prepped it with hose, made sure we had water, made sure the guys were ready to go,” he said.

Several hours later, the area was secured and no homes or lives had been lost.

“Every engine was directly involved in saving homes, everybody was engaged with the fire.

"I'm super proud. I don't think you can put it into words what it means to these guys," Cook said. "I don't think I could have asked for a better crew of people. The job they did was incredible."

Word of the team's success got back to their fire departments in the Treasure Valley - prompting a lot of pride in Idaho's firefighters.

“We were very pleased and excited,” said Emmett Dep. Chief Mike Giery. “If we get to save someone’s personal property, their lives, or whatever, that’s what we’re on this earth to do.”

Rural fire departments often don't get a lot of hands-on experience with structure protection. So Giery is happy the local crews were able to show what they're capable of.

"Our town or even neighboring towns, we’re small communities," he said. "So when these small towns get together I think it’s phenomenal that we get recognition.”

Giery was also happy to see some of Idaho's smaller communities being put on the map.

After a busy few days, Idaho Task Force One is now headed home. They left California on Monday and are expected to be back in Idaho sometime Tuesday.