"It keeps comfort to me, it goes everywhere with me, I always have my wife with me." 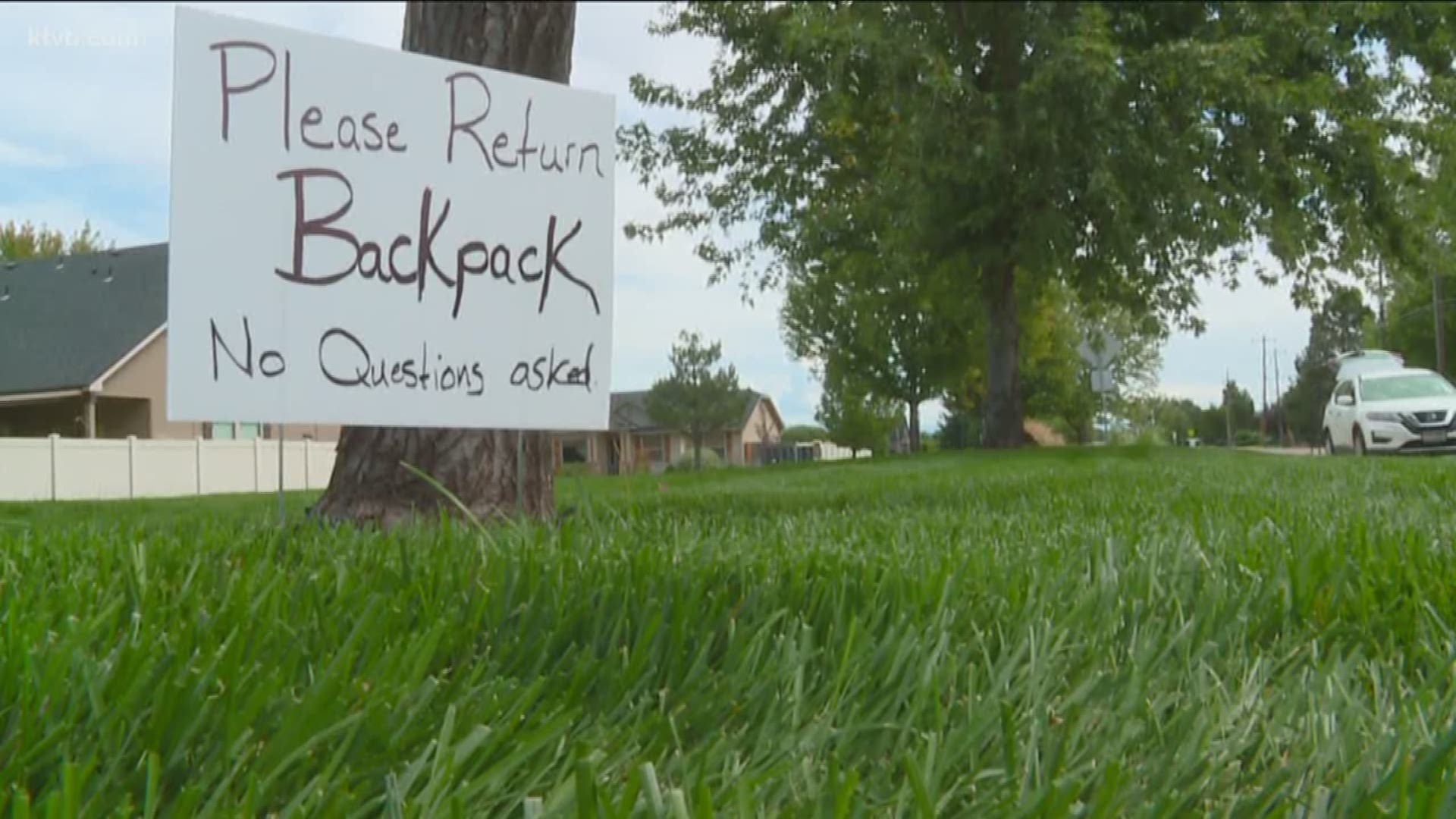 CALDWELL, Idaho — Kason Newman is begging for the return of his wife's ashes, which were kept in an urn, after the urn was stolen this past weekend in Caldwell.

"It keeps comfort to me, it goes everywhere with me, I always have my wife with me," Newman said. "The urn is approximately three inches tall with a light blue kind of marble look to it."

Newman lost his wife in December 2017.

This past Saturday Newman was in the process of moving from a house in Caldwell to another home in Nampa.

He was piling his belongings across the street from the Caldwell house where his friend with a truck could easily load the stuff up.

"It was a Traeger barbeque, a massage table, a TV, a schoolbook bag with all my school books in it and a laptop, a suitcase full of clothing," Newman said.

Inside his backpack was also the urn. Newman says he left the items unattended for about 15 minutes.

"As we came outside, we realized all my belongings were missing," Newman said.

RELATED: UPDATE: Stolen bike of drowning victim returned to Boise family after they begged for it back

"An entourage of three cars pulled up, one right behind the other and they seemed to not be in a hurry, they took their time," Scott said. "I think they had two or three kids with them."

Scott says at the time she didn't know all the stuff belonged to her neighbor and it's possible the people who took it didn’t know either.

"Being where it was, they very easily could have thought it was free because I have put stuff out there and watched people take it but that was my intention," Scott said. "The car that the man was in was a midnight blue color and it had some emblem on the back window and there was an SUV, a small one, and then just another car."

Newman attempted to file a police report but because the items were unattended and on public property, officers said there is not much they can do.

He put a sign up on Marble Front Road in Caldwell where his stuff was taken, hoping the people who took it will bring it back.

"That urn with her ashes in it would mean the world to me," Newman said. "It is one of very few items I have left of my wife."