Revitalization efforts for downtown Nampa got a big boost from a native of the city. 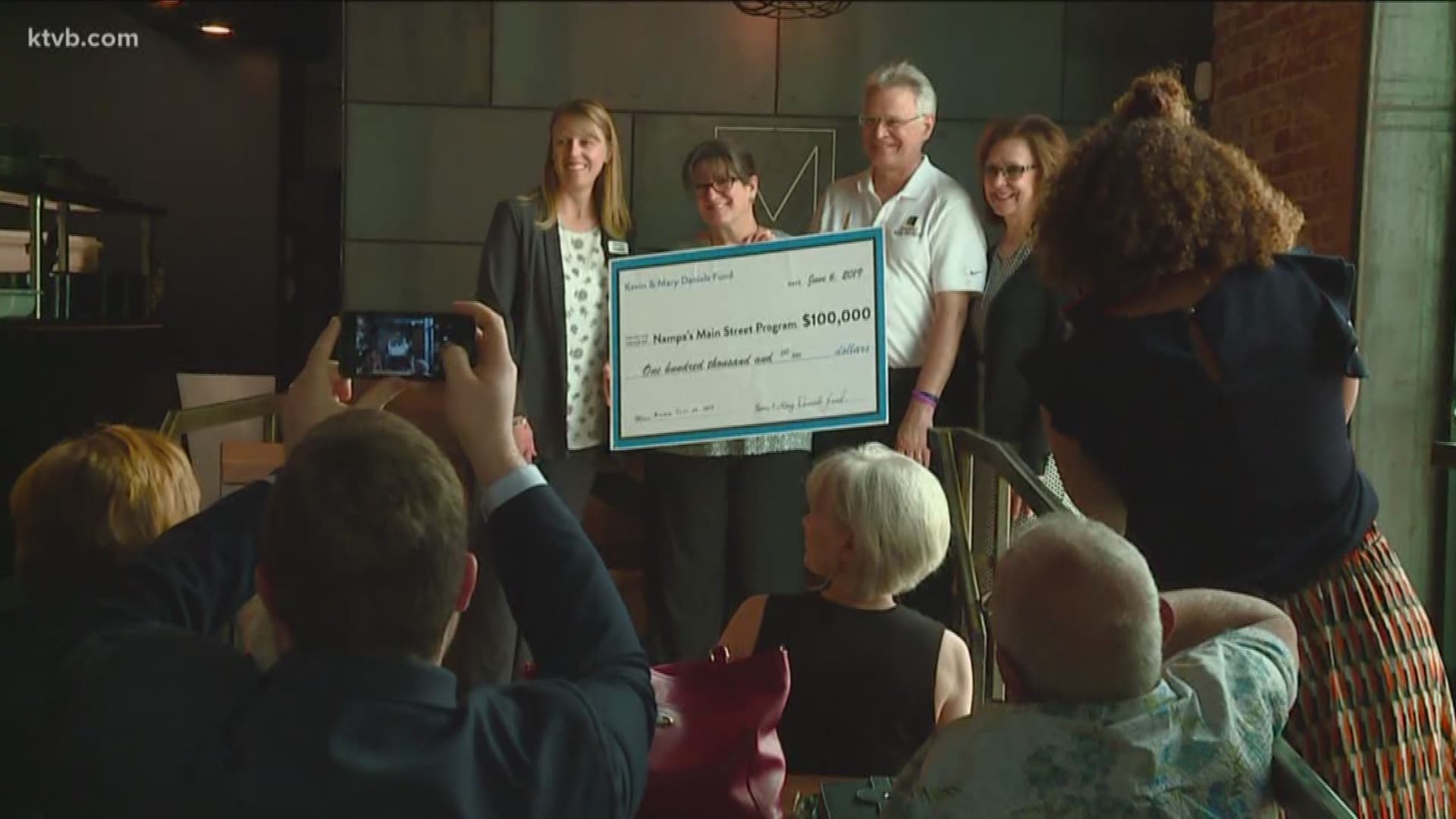 NAMPA, Idaho — Efforts to revitalize the downtown Nampa area got a big boost on Thursday. $100,000 will be poured into improving the fronts of the buildings, and for other small projects.

The money will help new businesses develop around Mesa Tacos, which opened up earlier this year near the corner of 1st Street and 12th Avenue.

“It's really exciting to see more people getting on board with what we already believe is happening,” Randall said.

He invested in an old building, built originally in 1904, to start a revitalization effort - an effort shared by the other business owners in the area.

“We all want the same thing, we have the same goal, getting people down here and bringing Nampa back to its glory is what the goal is,” he said.

The goal of revitalizing downtown Nampa received some financial help on Thursday when Kevin Daniels and this wife, Mary, presented a check for $100,000 to the city.

"It's a lifelong dream to have the opportunity, it's fun to see what's going on in downtown Nampa,” Daniels said. “There is a soul here, and there is a reason to invest in this community.”

Daniels is a Nampa native who graduated from Nampa High School in 1975. He later moved to Seattle where he is the owner of Daniels Real Estate.

But he still has close ties to his hometown.

The money he presented to the city officially launches the Kevin and Mary Daniels Fund. That money was donated by the Daniels and other people from around the country who support the Main Street America Program, an national organization that aims to make sure every downtown is thriving.

The money donated to the city will go towards opening up new businesses in downtown Nampa.

"It could be an art gallery, a bar, food restaurants, a movie theater, virtually anything,” Daniels said.

The money will help developers spruce up the front of their building, or they can use it for other small projects to improve the buildings.

"Where you have a building that needs a new face, it's going to help fund that new face on that building,” Nampa Mayor Debbie Kling said.

The money and sprucing up is all part of an effort to bring life into the downtown area.

"It's just pride in our city and your business,” Randall said. “I think if we want this to be great and a gathering place for our communities, with families and people to have a place to eat and drink and hang out and have a safe place for everybody. I just think it's part of it and it's part of the sacrifice that needs to be made.”

The money will be available to developers starting in July. They'll have to go through an application process.