Doctors didn't think Addy Berria would live past the age of two. She turned 9 years old in October. 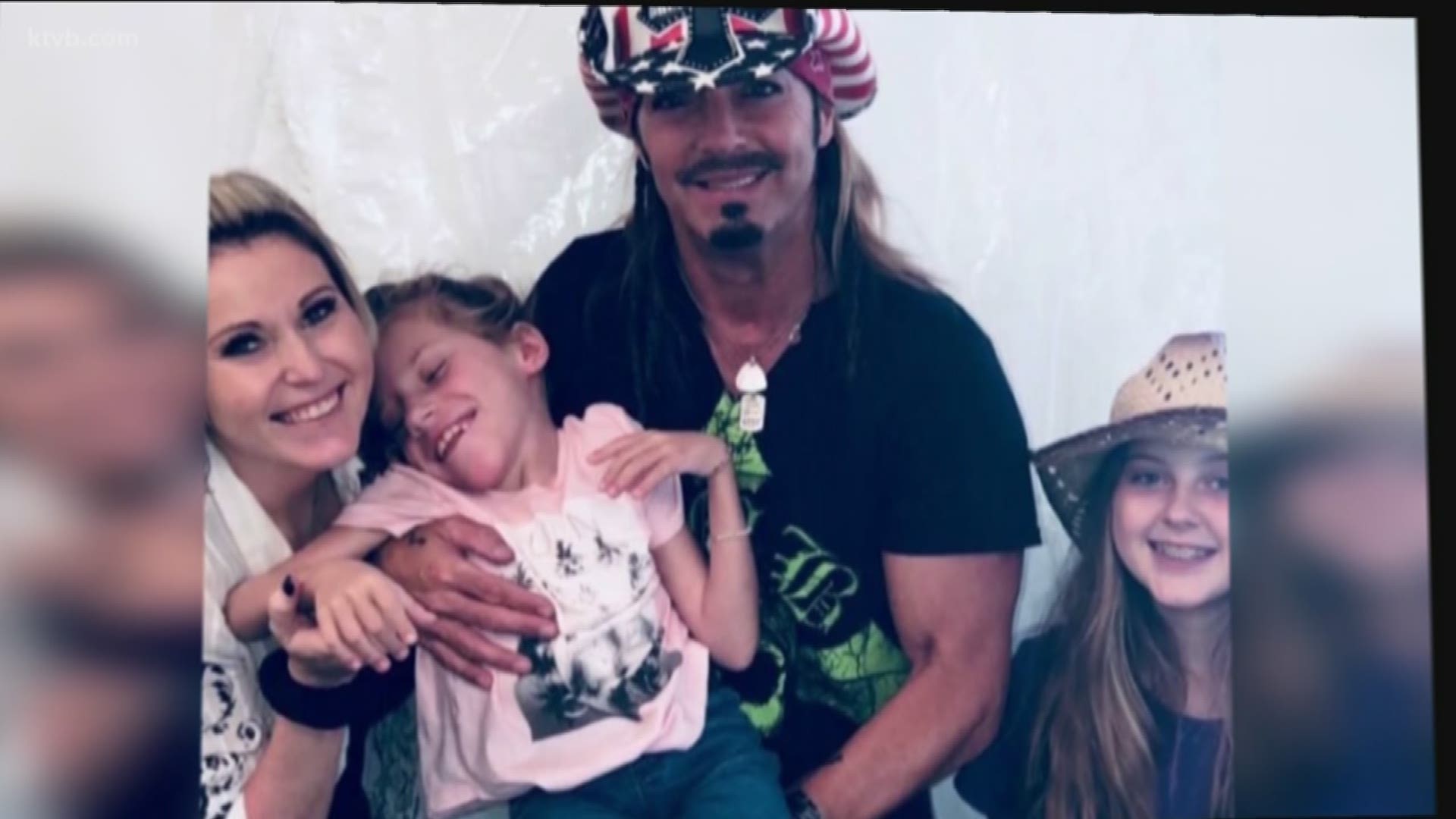 BOISE, Idaho — Addy Berria is not your average 9-year-old.

“She wasn’t given a long life to live and they told me not past 2 years old and she just turned 9 in October,” Addy’s mother, Ashley Berria said.

Addy was born with a lot of life challenges including scoliosis, epilepsy, a chromosome disorder and she's considered legally blind.

“She just keeps fighting through life and keeps holding on and we just take every good day and cherish every day that we have with her,” Berria said.

Those challenges haven't stopped her from spreading joy to others.

“You meet Addy and you can’t help but love her. I mean she brings so many people together and just hearing people say sometimes, 'I just feel like I can’t go on, but I go on to Addy’s Facebook page and she gives me hope,'” Berria said.

Her spirit also grabbed the attention of rock star Bret Michaels when he performed at the Western Idaho Fair this past summer. The musician spotted Addy and her family and invited them over for a meet and greet.

“We went in and he gave me a hug and grabbed Addy and kissed her on the forehead and said tell me about her. He just fell in love with her spirit and personality and he put us on stage for his concert that night,” Berria said.

But that wasn’t all.

Bret Michaels then offered to take the family to Disneyland.

“He said she's a rock star and she deserves this,” Berria said.

Bret's Life Rocks Foundation paid for Addy, her mom and sister and two others to go to the happiest place on earth.

“For someone like Bret to notice these little heroes, it's a very humbling experience,” Berria said.

It’s an experience the family will cherish forever, especially now, when the bad days are becoming more frequent. This past summer, Addy’s mom had to do something no parent should ever have to do.

“In June of this year I did have to pre-arrange a funeral for her because it could be any moment that something could happen to her,” Berria said. ” As a mom having to pick out a casket for your own kid is probably the hardest thing you'll ever have to do next to burying them, because we should be picking out our kids future and their colleges and looking for a brighter future and unfortunately, we're having to give Addy back to heaven.”

Berria says her hopes for Addy’s future is that she can continue to be happy and help those in need.

“I've dedicated my life to being by her side and I won’t leave until she takes her last breath,” Berria said.